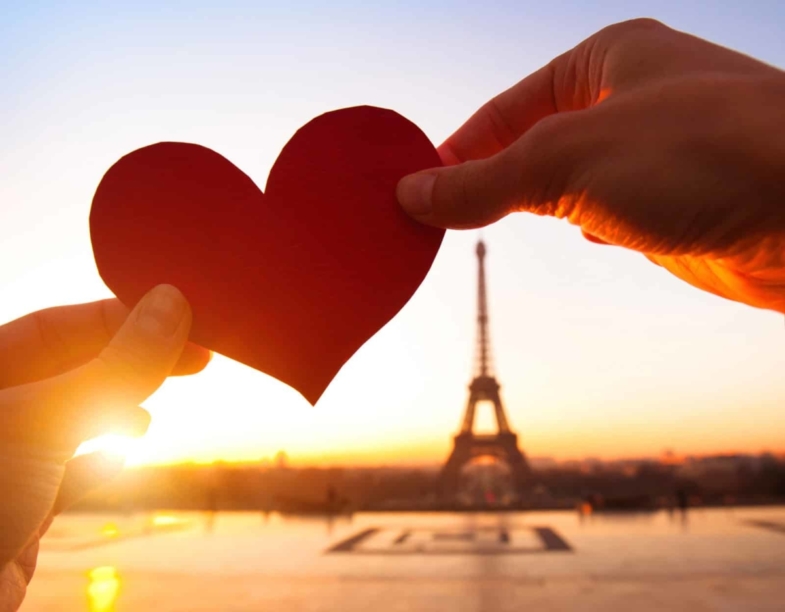 In France, Valentine’s day is only for people in love. Read my cultural tips about “la Saint Valentin” + French love vocabulary and traditions.

February 14th is Valentine’s day in France: the day for love and people in love.

Careful though – unlike English cultures, Valentine’s day in France is only for people “in” love, not just loving/friendship gestures.

Valentines’ day is “la Saint Valentin” in French. This puzzles a lot of student since “Saint Valentin” is masculine, therefore the article associated with it should be “le”.

It’s a good question. However, what we mean here is “la fête de Saint Valentin”… hence the “la” :-)

2 – Valentine’s Day in France = Just for People in Love

In France, preschoolers do not give a Valentine to all their friends and family.

If they have a special “love” interest (un amoureux, une amoureuse – strong liaison or gliding in N – so it sounds like un namooreu / une namooreuz), and if they are not shy, they might, but it’s quite different from the US on this aspect.

So don’t go about sending all your French friends a friendly Valentine’s day card, they may get the wrong impression!

Read my article to understand why you shouldn’t say I love you in French to a friend.

Otherwise, Valentine’s day in France is celebrated a bit like it is in the rest of the world – chocolates, roses, jewels for the wealthiest… a romantic restaurant or evening…

Sometimes a card, but much less than in English cultures and again, only for romantic interests. 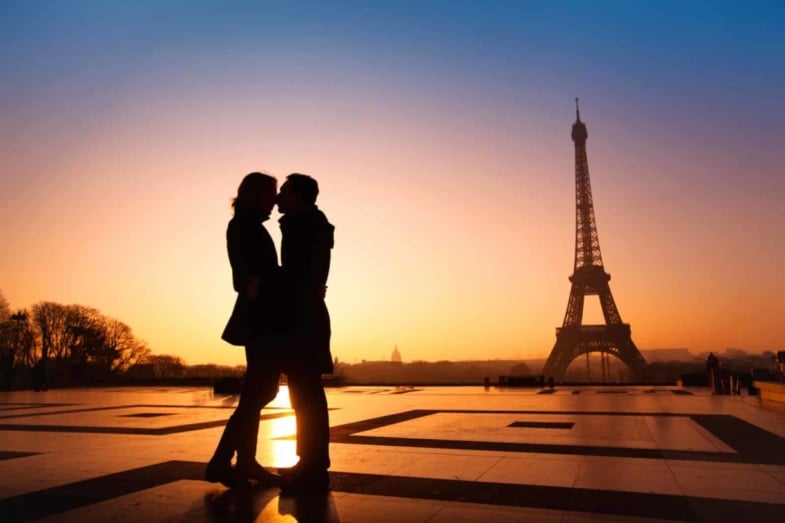 Actually, there are quite a large numbers of faux-pas to avoid as far as the language and gestures associated with love and friendship are concerned.

So here are a few articles you may enjoy:

As in other languages, French has its own little words or French love names to call a love one. How does calling your wife “My flea” sound to you? It’s one of the most popular ones in French!

There are many ways to say I love you in French – and other expressions to say you have a crush on someone, without necessarily saying “Je t’aime”.

French Sex Vocabulary is used all the time in movies. But books don’t cover this topic, although I think it will be very helpful to adult students to understand French Sex Vocabulary, and know which words NOT to use to avoid huge faux-pas. Watch out, this post is for an adult audience and contains very explicit language.

It is so funny to see how some social behaviors are exactly the same between France and the US, and others are completely different. One of the very obvious difference is the dating game. The French don’t “date”… So what is a man to do?

For homework, I asked Frank to describe how he met his wife. The paper turned out to be so charming that we decided to share it with you.

12 – What to Expect at a Typical French Wedding?

A couple of years ago, we were invited to the wedding (un mariage, note only one R) of my dear cousin Coralie and her fiancé Thibaud. As I was describing the ceremony etc… to my Skype students, I was surprised to see how fun it was for them, and all the questions they asked about a typical French wedding. So I decided to share the experience with you – and re-live this magical day the time of a blog post :-) 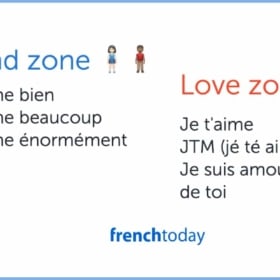 ❤️ I Love You In French