Madame or Mademoiselle ? A Delicate Question 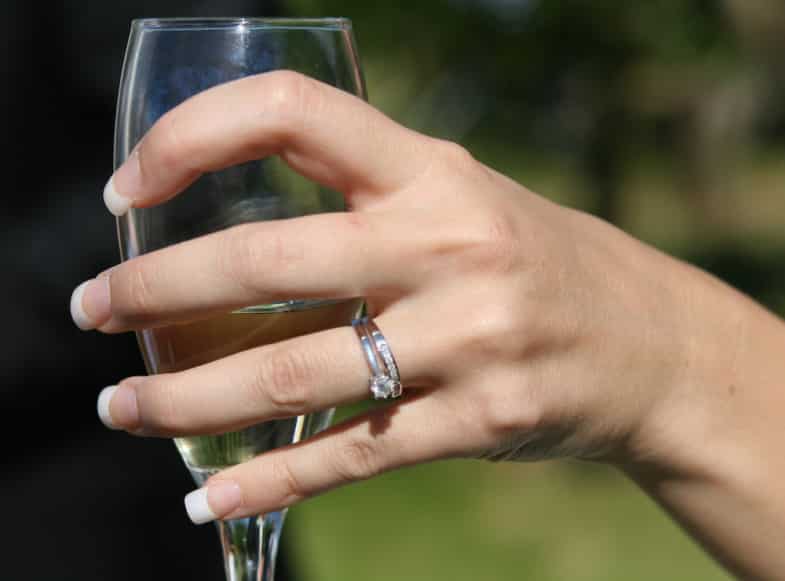 It’s often hard to decide whether you should use “madame” or “mademoiselle” in French. Of course, you know the basic rule: married: use madame, not married: say mademoiselle. However the reality is much more subtle than that.

There has been a lot of talks about Mademoiselle versus Madame lately, but mostly on how to address a woman when writing a letter, especially when you have to fill in an official form, or for a subscription or something like that.

If the fact that you are a man or a woman can be relevant to the said subscription, your marital status – married or single – often isn’t: and is seen by some as an invasion of privacy.

Actually, France Prime Minister Mr Fillon banned the use of Mademoiselle in 2012 from legal documents.

Therefore in theory now, administrative forms and official documents do not use Mademoiselle any longer in writing.

2 – Madame or Mademoiselle = Very Much a Question When Speaking

It is however considered much more polite in French to follow a “bonjour / bonsoir / merci” by “monsieur, madame or mademoiselle” when you speak.

It’s a bit old school, but still VERY encouraged (although not adding a title is not impolite per se).

So the Madame versus Mademoiselle dilemma remains intact when speaking… and that’s what I’m going to explain now.

3 – The Correct Pronunciation of Mademoiselle and Madame in French

First, please let me clarify the French pronunciation of both words, since I hear many mistakes on them.

By the way, the plural forms are “mesdemoiselles” and “mesdames”.

Now let’s see how we use Madame versus Mademoiselle when we speak.

In France, no one would dream of calling a twelve years old “madame”. It would just sound really out of place.

You may check “madame” as the “legal” status on an official form, but that’s not how you’d address a young girl.

So please understand the difference between official mail / status and the way we speak. When we speak in French, we still very much use Mademoiselle for young girls and young ladies.

The other clear answer depends on the marital status of the woman.

The basic rule is simple. If the woman is married, you should say “madame” (even if she is a widow: once married, always “madame”.)

If she isn’t, you should say “mademoiselle”.

6 – What If You Don’t Know the Woman’s Marital Status?

But what if you don’t know?

Look at her finger and see if she wears a ring…

And if you cannot see, well, then this is what I personally do:

But don’t worry, half of the time I also wonder whether I got it right!

And, despite all this fuss and this long article, it’s actually no big deal really! Most women would not even think twice about it!

7 – Cultural Tips and Controversy About Madame Versus Mademoiselle

When madame is used too soon

Some younger French women may be surprised by the use of “madame” when speaking French when they don’t expect it…  it makes them feel old: The reaction is “how old do you think I am if you call me madame ?”.

When we are in our twenties, we’re quite accustom to hearing people address us as sometimes “mademoiselle”, sometimes “madame”… The confusion may last in your thirties…

Then one day you become “madame” forever – LOL – just like in the US when waiters stop asking for your ID when serving a drink. That’s it. You’re obviously old!

It’s true that this little word is quite powerful since it’s undoubtedly linked to the perception people have of you: the age they think you are… but it’s not only a question of age…

Although it’s no longer very common, some spinsters may insist on the use of “mademoiselle”. This is typical for an older school teacher who has devoted her entire life to her students for example, and wants to make a point she scarified her own personal life for her passion.

What are they trying to prove? That they’ve lived a life without man. So, Catholic morals mixing with woman rights, in some cases even gay rights. Powerful stuff!

And bottom line, that what’s it is all about: “une demoiselle” has not been with a man. So… that applies to young girls of course, and to woman of age who… well if you follow the Catholic morals, were not married and therefore were never intimate with a man.

Such a sexist way of looking at women

Now let’s try to use that filter.

If we follow the logic above, then when looking at a women, one should wonder “could she have been sexually active….”
Yes = madame,
No = mademoiselle.

As I said, some spinster are very proud of being called “Mademoiselle”, whereas for another woman, it can be hurtful. Either way, it’s super sexist. Yet deeply ingrained in the French culture.

The first time I was called madame

The first time I was called “madame”, I was riding the Paris subway and I was fourteen… It came to me as a shock!

Granted, the boy who called me “madame” was probably ten himself, and I may have looked like “a woman” to him…

So shocked, flattered, embarrassed… All this because of a title of politeness!

Using madame or mademoiselle to flirt

Now, if you are a man, and say “bonjour mademoiselle” to a 45 year-old, you could sound flirtatious…

However, there is a silver lining: if you did say “bonjour madame” and  the said 45 year-old woman answered with a big smile: “non, mademoiselle”, then, she is flirting with you!

You will find more tips such as this one in my audio lesson about Politeness and Greetings.

You may also be interested in this article: why French women don’t date – the French dating system explained.