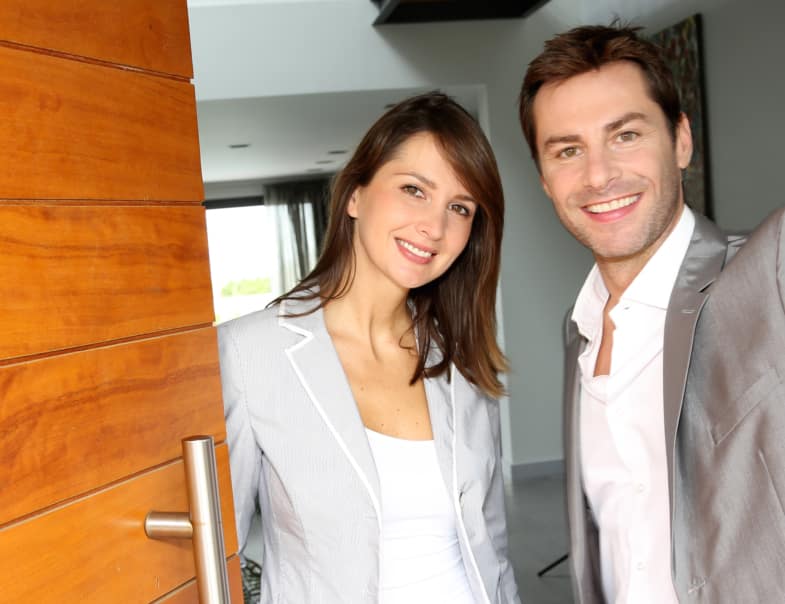 As a guest in a France I’ll explain what to expect, what is expected of you, and give you some useful French expressions and vocabulary.

I have already written many articles about how to be polite at the French table – there is indeed a lot to be said on this subject. However, my French table etiquette articles don’t really cover how to be a polite houseguest in a French home.

Being a gracious guest mostly requires common sense. However knowing what to expect when you stay overnight at a house in France is the best way to prepare yourself, and understand our French “good” guest manners.

Since I am both French and American,  I will mostly compare French to American manners – or at least what I have experienced of it. Please keep in mind I am not writing this article to judge either culture – and some French people may also not agree with me. I am just trying to prepare you for a trip to France. I hope you’ll find my advice useful.

Table of Contents
A – What To Expect When Staying Overnight in a French House
1 – French Homes Are Smaller
2 – What About Having a Guest Crashing on the Sofa in France?
3 – Don’t Expect a Private Bathroom Nor a Guest Bedroom in France
4 – No Central AC nor Central Heat in French Homes
5 – French Beds Are Smaller
B – How To Be a Polite Guest in a French House
1 – Bring a Gift From Home
2 – Sharing a Bathroom With Your French Friends
3 – The Bathroom Towel Situation in France
4 – Electricity and Windows
5 – Compliment… Everything!
6 – Figure Out if You are Supposed to Help Out Your French Hosts
7 – Invite Your French Hosts For Lunch or Dinner
8 – What Should You Do at the End of Your Stay in a French Home?
9 – Should you Send a Thank-you Note After Your Stay?

A – What To Expect When Staying Overnight in a French House

In general, French houses and French apartments tend to be small. Of course, you’d expect a small flat in a city, but houses in the countryside are also much smaller in France than they are in the US. So having a guest over often impacts the whole family.

For this reason, French people may be a bit more reluctant to extend overnight invitations to their friends. In many cases, we just cannot invite you to visit and stay: we don’t have the extra room.

2 – What About Having a Guest Crashing on the Sofa in France?

French people are likely to be a bit formal when it comes to having guests over. Unless you are a young adult, you just don’t “crash” at your friend’s. You can expect a certain formality when you are invited in a French house: fancy home made meals, your French friends showing you around their region… So, unless you are a very close friend, it’s kind of a big deal for everybody.

In my experience, this is a big difference between France and the US.

If you are not in a dedicated guest room, your host may need to enter your room to get something or access a computer. You should try to keep the room relatively tidy: clothes in your suitcase or piled up on a chair – unless some closet space was offered to you (which is not always possible either).

4 – No Central AC nor Central Heat in French Homes

Be ready to be somewhat hot in the summer and cold in the winter.

Central AC is really rare in France – houses and hotels alike, so, we simply open the windows when it’s hot out, and bear with the summer heat and outside noise (if in the city).

Heating a house is quite expensive in France, and often there is no central heat, but individual heaters. Bring sweaters, warm pyjamas and socks if you are accustomed to living in a hot environment.

As I said, many French guestrooms will have a sofa bed. Let me tell you from experience. These are NOT comfortable.

French people seldom have several pillows (un oreiller). By the way, our pillows tend to be square shaped, not rectangular, but we often have what is called “un polochon”or “un traversin” – a bolster.

So, you’ve been warned: sleeping over in a French house may not give you the level of sleeping comfort you have at home.

Now that you know what to expect in a French house, let’s see how you can be a particularly pleasant guest in France.

B – How To Be a Polite Guest in a French House

This is basic politeness in France. You need to bring a gift.

Bring a gift from home, and if you are packing light, then buy something in France (at the airport or the train station even…): wine, chocolates, macarons… there are gourmet shops everywhere in France, so you really have no excuse.

Stay away from fresh flowers unless you know your host is not allergic to them.

If for some reason you really didn’t have time to bring something with you, then either purchase something while you are staying there or have something delivered after your departure. Think Amazon.fr, or Interflora!

2 – Sharing a Bathroom With Your French Friends

As I mentioned, it’s likely that you will share the bathroom with your French hosts.

Warm water is expensive in France, and many French houses run a hot water tank, which is much smaller than US ones and not endless… You need to be aware of the hot water limits, and ask: “est-ce qu’il y a assez d’eau chaude” (is there enough hot water) before you decide to take a hot relaxing bath or even a long hot shower. By the way, taking your shower in a French bathtub is an artform… I wrote an article about that!

3 – The Bathroom Towel Situation in France

Small space = smaller bathroom towels. At my mom’s the bath towels are so small I cannot even wrap myself in one (well, I’m a size 12, maybe that’s why… Moving on…)

Your French host will provide one towel for your stay. Not one towel for each day of your stay. So you need to take care of that towel, make sure it dries between uses, without taking all the room in the bathroom… It’s more complicated than it seems.

So, you may need to be a bit creative there. You may use a hanger to dry your towel in your room. Or leave it to dry in the bathroom, then a couple of hours later, go in and fold it/ hook it so it leave space for the rest of the family.

Something many of my US guests did which really bugged me… When you are done with your stay at your French friends, leave your bathroom towel folded on your bed, or folded over the washing machine if you know where it is, or hooked in the bathroom. Don’t leave your towel on the ground of the bathroom. Your French hosts are not hotel maids.

Since there is no AC, it’s likely you’ll open your window in the summer time. You really need to close it EACH TIME before you leave (it may rain, and this would really damage your bedroom).

Be careful with level-ground rooms in city where a thief could easily get in through a window left open.

Electricity is expensive in France. When you leave your room and bathroom, turn the lights off in the rooms and corridors.

This was a huge culture shock for me when I lived in Boston. When I had guests over, they seldom said anything about my house. French people usually put a lot of effort into the decoration of their house. The paint color, the furniture, but we also often have some unique artwork: statues (une statue), paintings (un tableau), little souvenirs and whatyamacallit (un bibelot).

You need to comment on these. You may pick one up, say: “comme c’est joli, ça vient d’où” (how pretty, where does it come from) – this makes for a good conversation, and your French host kind of expects it.

Or you can make general comments:

Strict French etiquette requires that adult guests don’t lift a finger. But there is the theory, and the reality. So, here again, use your common sense. Offering to help is never a faux-pas: say “est-ce que je peux vous/t’ aider” (may I help out) and follow directions. Insist a little, your host may be overly polite but glad with the help anyway.

If you are a teen or a young adult, do help out: you can certainly help during courses to change the plates and bring the dirty ones to the kitchen, dry the dishes…

Note that many French homes still are very sexist concerning the house chores. Frenchmen usually don’t do much in the house, although things are changing fast – so it’s mostly a question of generations now.

7 – Invite Your French Hosts For Lunch or Dinner

Cooking is a huge deal in France. Chances are that your French hosts will go all out for you. And this has a cost. So, if you are staying over several meals, offer to invite your French friends to a nearby restaurant, or go shopping with them and pay for the groceries.

Or at least go get some decent wine (take a picture of what they served you and buy the same or ask the salesperson for something similar or better). When in doubt, Champagne always works!

If you are a good cook and the ambiance is informal, you can also offer to cook your speciality. Make sure your hosts have the proper cookware you need first… Then do the groceries (and pay for them) and… cook! They’ll be thrilled.

8 – What Should You Do at the End of Your Stay in a French Home?

This is probably one of the biggest difference between the French and American habits – as far as I experienced it.

When you reach the end of your stay at your French friend’s house, here is what you should do (unless your host said otherwise of course).

With closer friends, in a relaxed setting:

9 – Should you Send a Thank-you Note After Your Stay?

Thank you cards are less common in France. So, don’t feel you have to send a thank you note. Of course, with emails and all sorts of texting possibilities, sending a quick thank you note will surely be appreciated. But you don’t have to go all out.

Voilà, I hope this article will help. If you like going to France, I encourage you to take a look at my French Audiobook Essential French Dialogues and Tips: everyday conversations + tips to fit in and avoid surprises and faux-pas. 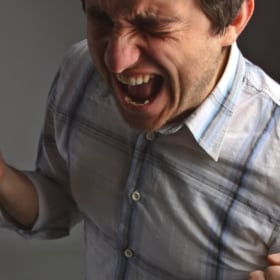