How To Learn French French Culture and Traditions

What about practicing your French on a white sand beach under the sun? Discover what makes these four French speaking islands an ideal vacation spot.

My name is Anthony Rosemond. I am the founder of Pastreez, a macaron delivery service that ships fresh in the entire United States.

In this article, I will share with you my personal experience of four amazing French speaking islands I lived in.

Guadeloupe is a butterfly shaped island located in the Caribbeans. It was discovered in 1492 by Christopher Colombus. He thought he had reached India, and later realized it wasn’t the case. To this date, these islands are called “French West Indies” because of this mistake!

I grew up in Guadeloupe from age 6 to 20. This island is one of the most varied in terms of fauna and flora (Here’s Camille article about French flowers). And it’s the same with its beaches, rivers and breath-taking sites!

First, Guadeloupe is not an actual island, but an archipelago. It means it’s a group of islands. One called “Les Saintes” is even classified as “Patrimoine mondial” for its beauty. If you decide to visit Guadeloupe, you must stop by Les Saintes, trust me!

The “Caravelle” beach is one of the most beautiful I have ever seen in the Caribbeans. It’s a long white sand beach sided by the “Club Med”, a famous French hotel.

But when you think of an island, you don’t usually think of waterfalls. You should! My favorite one in Guadeloupe is called “Saut de la Lézarde”. It’s a 45 minutes hike through a tropical forest to find this gem. 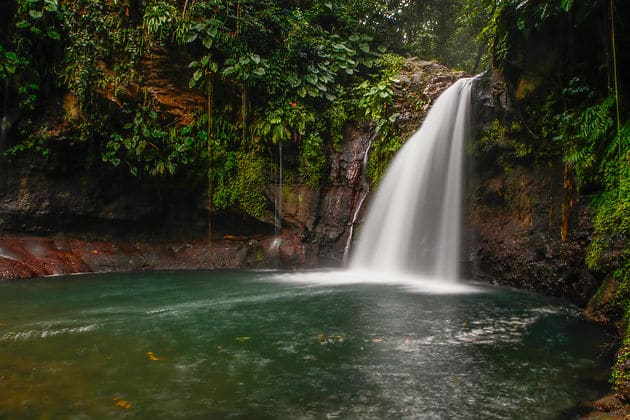 I personally love fruits (Follow this link to Camille’s free French food guide with 60 French fruit names with audio recordings). Locally, my favorites are Coconut, Mango and Passion Fruit. This passion followed me all the way to the United States with my macaron business Pastreez.

Yes: The macaron summer menu has tropical flavors! Take a look at our Macaron of the month club to receive new seasonal flavors monthly.

The neighboring island is called Martinique. It’s a 4 hours boat ride to get there from Guadeloupe.

I lived there for 3 years. It’s actually where my wife and I got married. 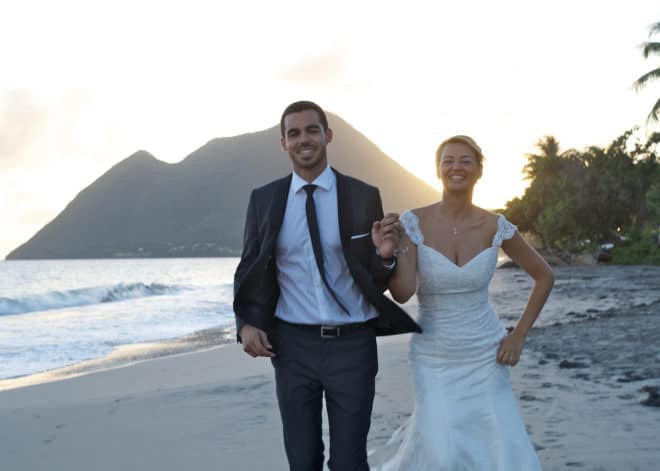 Populated by 374,714 inhabitants, Martinique has the shape of an oval big rock.

It is a smaller island compared to Guadeloupe. Traffic jams are a real problem, especially in the capital Fort-de-France! I chose to move around on a motorcycle for the day-to-day basis.

But if you wish to go on vacation, stick to a car and avoid the crowded Fort-de-France city.

Mount Pelée, the local volcano, has less fauna & flora than “La Soufrière” in Guadeloupe, perhaps due to its recent eruption in 1902.

I strongly suggest visiting the museum in Saint-Pierre, the city that was completely destroyed by the eruption back then.

They also have a wonderful zoo with local animals and flowers!

But my top trick in Martinique is to rent a boat for a day. Martinique has lots of empty beaches waiting for you! And if you can afford a local skipper for the day as well, he will surely find your dream beach just for you and your family.

I’d like to mention that Martinique also has great cocoa trees. Yes, there is local chocolate produce there! Tropical weather is ideal to grow cocoa, and locals have cultivated it since 1700.

Talking about chocolate, a question we get a lot: What is a bon bon? Few Martinique bakeries have this pastry option.

And Pastreez will soon release authentic bon bons to be delivered fresh in the United States! Do you think it is a good idea? Comment below. We’d love to hear from you!

Do you want to party? Don’t hesitate and fly to Saint-Martin instead!

My father and a few family members still live there. It’s a very very small island. We’re talking about 39,000 inhabitants, single way streets, no highways. You get the idea.

Renting a Kia Picanto for a smaller budget will do the trick, or a convertible Ford Mustang if you’re in the mood. 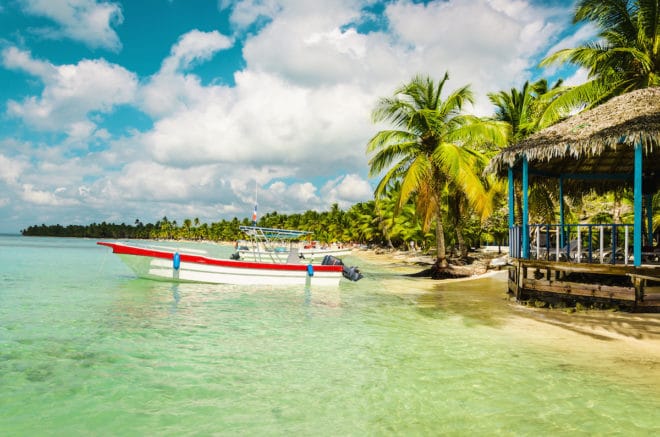 This island is unique. There are two parts: the French side and Dutch side. The treaty of Concordia was signed in 1648 for both countries to have a piece of the island.

The legend says that the dividing line was determined by two walkers: A Dutch and a French. They started to walk in the opposite direction from the coastline. The faster they go, the more territory they get! The border was drawn where the two walkers met.

That double culture makes this island a gem:

Don’t get me wrong, there are amazing beaches there as well! The proximity to St Barth is also great. It’s an hour ride by boat. St Barth is very calm and chic. So prepare your budget if you want to brunch at the celebrity place Nikki Beach!

Réunion island is located near Mauritius and Madagascar, in the Indian ocean. It is completely different from Caribbean islands. In my opinion, beaches can’t compare to the ones of Guadeloupe, Martinique and Saint-Martin.

La Réunion is much more developed though: Beautiful streets and highways with huge bridges all around the island for easy transportation.

Réunion island is more of a hiking destination, thanks to the Piton de la Fournaise, its volcano. And it is still active with magma!

I myself was privileged to see a historical eruption back in 2015 when it happened. Something magical. Very few can witness that in the world. You just have to be at the right place at the right time. Lucky me!

I call it “Little France” because it is much closer to continental France compared to the Caribbeans. Local culture is less prominent, but the food is definitely worth the trip.

It is mostly inspired by Asian food such as Thaï, Chinese and even Indian. The perfect mix of sweet and salty. Yummy!

“Les Réunionnais” are also very athletic. There is a huge community of bicycles that gather on weekends to challenge themselves.

Yearly, a famous Marathon is even organized locally, called “Le Grand Raid”. These are available for every level, but world champions come here every year to test themselves! And of course, always finish first.

This is it for the 4 French islands you probably never heard of! I hope I convinced you to take a trip there this summer!