🎬 How to Improve Your French with French Movies 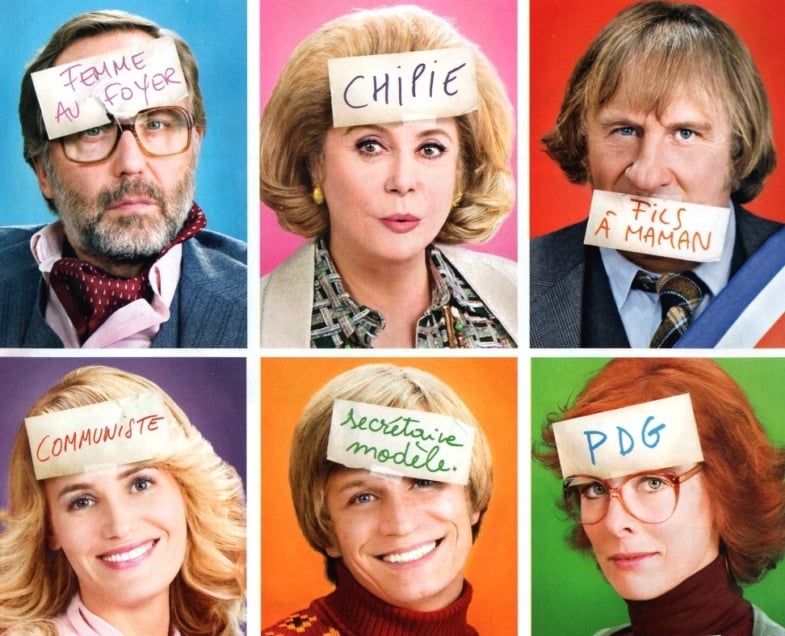 Lots of students seem to believe that watching French movies is a great way to improve their French. It can be, but only if you have the appropriate level of French. You should be ready to “work” with the movie, not just casually watch it with the English subtitles on.

Watching a French movie in French with English subtitles while relaxing is not going to be bad for your French: it will certainly not do any harm…

However, it’s unlikely you’ll significantly improve your French by leisurely watching a movie in French.

There is however a method to study French with French movies: it’s a lot of work, it’s tedious and time consuming, but you will learn a lot!

Now let’s see how you can efficiently study French with French movies.

So now here is my step by step method to study French with movies. You’ll need a remote control!

My method to study French with movies

Now, what should you do when you don’t understand part of the French dialogue?

Analyze why you didn’t Understand in the movie

You didn’t know the French vocabulary.

Here is the other reason why you may not have understood:

You couldn’t understand the French actor.

The most important thing will be your selection of an appropriate French movie.

Many people think they don’t understand the movie in French because they don’t know the French vocabulary.

It may be the case if you are a beginner in French, or if you have selected a movie with a lot of slang and expressions that are not common.

However my experience is that most of the time, the culprit is not so much the vocabulary as the sound quality.

Students don’t understand well because they cannot hear well; either the actors mumble… (my English actor nemesis is Patrick Dempsey, alias “Dr Mac Dreamy” in Grey’s Anatomy… I can only understand 10% of what he says…. It is soooooo frustrating) .

Sometimes, the actors speak all together, or there is a noisy background, or it’s an old French movie and the soundtrack is not crisp…

So take all this into account when you choose your movie, and select slow-paced stories with dialogues between 2 actors indoors, people whose French accent and enunciation you understand.

You may still love the other French actors, but just accept they won’t be adequate French language trainers.

The Movie Doesn’t have to be a French Movie

Actually, picking a movie you already know will help you understand the French better, so it’s not a bad idea to pick a favorite movie of yours… not matter what is original language is.

Beware of the Date and Genre of the French Movie

It’s important to study with French movies that match the kind of vocabulary you want to learn.

You might love “Les Quatre Cents Coups” (Truffaut 1959), but please be aware that French expressions have evolved since the sixties…

In the same idea, a movie like “la Haine” (Kassovitz 1995) taking place in “the French hood” may not teach you the vocabulary you need to communicate in French in everyday conversations.

If you’d like to know more, you may enjoy reading this blog to understand why you should be cautious with French slang and idioms.

Pick A Movie With English or Even French Subtitles

However, don’t get frustrated: often the subtitles don’t exactly match the dialogue.

It sure is annoying… yet all things considered, the ill-matching represents only a very small percentage of the dialogue.

Many students of mine have used this method and made great progress. It’s a lot of work, but the results are outstanding!

If you feel that movies in French are too hard, start by challenging your understanding with longer audio recordings: check out my French audiobooks, featuring my unique level adapted audio novels translated in English and recorded in French at several speeds and levels of enunciation.

They are the best way to gradually work your way to understand real French people when they speak among themselves like they do in French movies!

And take it all with a grain of salt. Chances are that a lot of actors will elude you. I have many “Mac Dreamy’s”, and it’s a pain, but I have no choice but to stop the movie and ask Olivier “what the heck did he say?” And Olivier (who has been in an English speaking environment since he was 12) repeats for me.

The good thing is that when we watch a movie in French, sometimes the same thing happens to him (I understand and he doesn’t), although he is perfectly bilingual.

And sometimes, we both have no idea… And then we put on the subtitles – in French !!

So, what I mean here is that you are not alone, and it’s essential to pick the right audio tool to STUDY with… there are many good movies that should be enjoyed for the story and the filmmaking, with the subtitles on – and which are not best suited for language learning purposes.

There is work, and there is leisure. You should have both in your life.

Now that you know how to study with French movies, go consult my list of 10 top easy-to-understand French movies 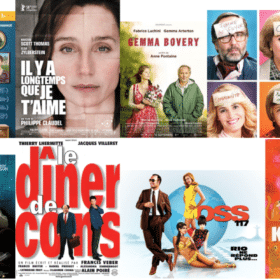