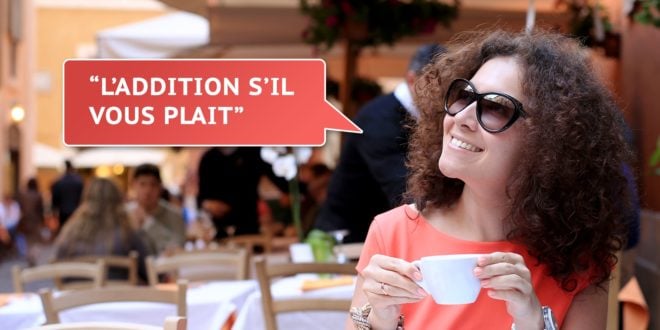 As a French beginner, your goals should be:

My first tip is to always keep in mind these goals.

You cannot be fluent in French right away. You’ll have to be patient, and work your way step by step to reach fluency.

Right now, every interaction you have in French is a success!

① How to Learn French as a Beginner (A1 A2 Levels)

I will start with the most important French learning tip I can give:

If you only want to read French/ pass exams, books are OK.
If you want to learn French to speak/understand spoken French, learn French with audio.

Now, let’s see how someone who is just starting to learn French should proceed.

② What is a Beginner Student?

“French Beginner”: this simple expression is used to describe people with different needs.

So… what kind of beginner French student are you? The following paragraphs will give precise tips for different kind of French beginners. However, you may want to read them all since they will all help you to learn French efficiently.

You are a blank canvas. And that’s great! At least, you don’t have any bad habits and you cannot wait to start learning French!

You need help on every possible front: French pronunciation and vocabulary, but also very accessible explanations to clarify the differences between the French and English languages.

Here are my tips to best learn French as a self-learning beginner student of French, learning French for his/her own benefit, not just to pass written tests.

A) Start With French Politeness

Even for the most basic interactions in French, you will need to master the precise vocabulary and modern pronunciation of French politeness expressions.

The French are known to be sticklers on etiquette and you do not want to start off on the wrong foot.

Of course, you need audio to learn how to pronounce the French politeness expressions correctly.

French politeness is a great way to start learning French pronunciation, and when explained properly, should also cover fundamental French grammar such as “tu” versus “vous, some verb conjugations and introduce the notion of adjective agreement. 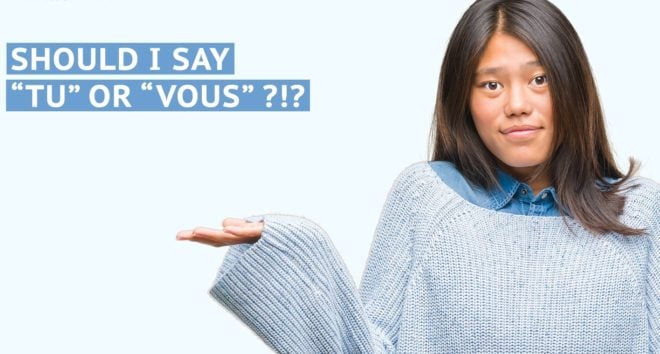 B) To Prepare For A Trip To France, Learn Sentences In Context

If you are just learning French to prepare for a trip to France, you may not need to get involved in deep French studying.

On top of politeness, learn useful sentences and their correct pronunciation, focus on the “je” form of the verb and asking information questions:

A French list of sentences will give you the pleasure of saying a couple of things in French and will show the French people your good will.

However, don’t expect to be able to handle a real conversation without a minimum of sentence structure. It may be possible in other languages, but not French.

So, take it for what it is: a fun challenge, a positive attitude, and a way to communicate the bare essentials should no one speak English at all.

C) Learn Vocabulary You Are Likely To Use

One of the first sentences I learned in English class was “the cat climbed onto the roof”. Try placing that in an English conversation…

So, to improve your French as a beginner, you should focus on learning things you would actually use.

The French method you use should understand that need and use re-usable examples to illustrate the points of grammar… Nothing too fancy, nor poem quotes, but daily things, truly useful examples you could actually re-use in a French interaction.

So say you have a dog: it’s likely you’ll talk about him… Pets are a common conversation topic. Say your dog has a beloved red ball. Then you may be interested in saying “my dog likes to play with his red ball”: “mon chien aime jouer avec sa balle rouge”… Try making up simple sentences you could actually use in real life. 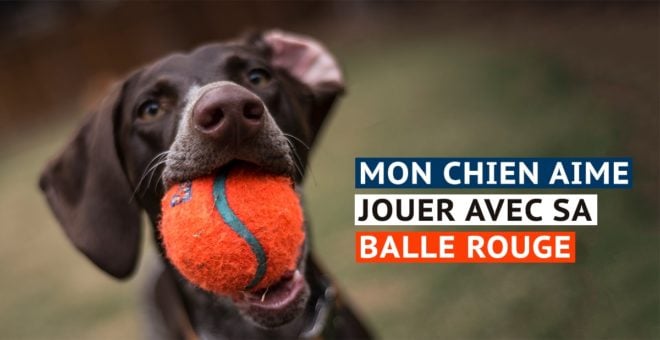 One of the challenges a beginner student will face is prioritizing.

What should you study after you studied politeness? Adjectives? Pronouns? Verb conjugations? More French vocabulary?

In order to remember things, the way you organize your newly acquired French data is as important as the data itself.

My 23+ French teaching experience shows that to learn French efficiently, students need to learn with a structured audio method which addresses four needs:

To study French the right way from the very start, I suggest you check-out my French downloadable audiobook À Moi Paris Method – Beginner. It’s written with the true French beginner in mind.

You’ve studied French before (maybe in school), but you forgot most of it.

Maybe you remember the logic of beginner’s French grammar but you need to refresh it all, set fast reflexes when speaking and gain confidence to use your French in conversations.

A) Focus On The Present Tense

The Present Indicative tense is the tense you’ll use in most of your French interactions. So, studying the present tense is what will give you the best return for the time you invest.

The tenses of the past are a real mess in French. It’s like opening a Russian doll: there are so many layers of things to understand and memorize before you can truly use them.

Of course, learning the French tenses of the past is important, and they would be part of an A2 level exam. However, if you are not learning French to pass exams, communicating simple orders, being polite, talking about yourself, your family, your hobbies – and doing it with a decent accent – should be more important than spending hours drilling over your French verb tenses…

Which bring me to my next point.

B) Beware Of The Intellectual In You

However, as a beginner, you need to stay focused on your priorities. Don’t get lost in the intellectual challenge. Drill on the present tense only, drill on “être” and “avoir”, adjective agreement, questions, pronunciation…

It may not be extremely intellectually stimulating, but it’s what you need to master at this stage of your French studies. 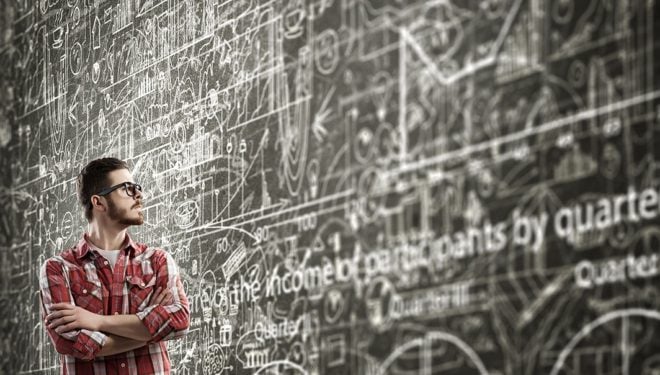 Yes, it will be nice to be able to say one day in a restaurant: “I would be delighted if you could kindly seat us by the window, so we may enjoy the spectacular view”.

However, as a beginner, you should be happy if you could say: “une table à côté de la fenêtre. C’est possible ? C’est très beau là !” (A table by the window. Is it possible? It’s very pretty there!) smile and point to the view…

The method you use should reflect this. Along with teaching your French, it should teach you how to simplify your sentence, and use “simple” French.

My downloadable audiobook À Moi Paris Method – Beginner features a fun French story written with the beginner French student in mind. You’ll enjoy learning French in the context and then test yourself with the Q&A section.

D) Watch out for the free resources

There is a lot of free resources out there: they are fun, but a huge part of a successful learning process is time management. Setting up a structured approach, which clearly takes you from point A to point B is essential if you want to build up a solid foundation.

Are you really learning French when you are jumping from one YouTube video to the next? Or are you just having fun?

Don’t get me wrong. Fun is good. And you may even learn a thing or two. But it’s also very easy to lost track of your goal and end up losing your time.

Now, let’s address a particular but common French problem for the beginner – or even intermediate (hopefully not advanced) students: the French accent and understanding of Spoken French.

You really understand basic French grammar, know your verb conjugations etc… You even ace your French A1 and A2 written exams!

You need to learn the “real” modern spoken French language: not slang, not “hood” French, but the way everybody speaks in a relaxed, casual environment.

I call this “street or modern French”: French like you’ll hear it used daily in the streets of France. And it’s quite different from the enunciated traditional French pronunciation (like a TV news host would use) – and it’s also likely to be different from what you have learned in school.

A) Learn The Rules Of French Pronunciation

I am shocked to see the number of students who never learned the rules of French pronunciation.

Why do you pronounce the verb in “ils écoutent” as zécoot” (with a strong liaison in Z)
but the verb of “les enfants écoutent” as “écoot” (no liaison)?

It’s because there is a strong liaison after the subject pronouns “on, nous, vous, ils, elles” but usually no liaison after a noun (such as “les enfants”.

If you don’t know that, you can’t invent it.

B) Drill On The Most Difficult French Sounds

It takes practice to master the French R. Or the difference between “u” and “ou”, “é” and “è”. The French learning method you use should explain how to form these sounds: how to place your mouth, your tongue, your lips…

French pronunciation will become much clearer when it’s explained to you the right way. Of course, more than ever, audio is a must!

Now, there are the rules, and then there is the reality.

On top of all the French liaisons, elisions etc which obey the pronunciation rules, the French also apply lots of “glidings” when they speak.

For example, the “ne” part of the negation is often silent.
Or “il y a” is pronounced “ya”.

If you want the French to understand you when you speak, you don’t necessarily need to apply these glidings. Actually, I would not encourage you to speak this way as a beginner. The French would kind of expect you to speak French the “traditional” way: a lot of glidings may sound a bit weird in the mouth of a beginner. Imagine your reaction if a beginner said: “I gonna” in English. Even if used in the right context, it may surprise you.

There are even more “street” glidings in French than there is in English. We do them without thinking about it, no matter our age, or our level of education: it’s very natural to apply some glidings when you speak French casually nowadays.

Each chapter of the story of my beginner level French audiobooks are recorded in 3 different ways:

Remember, as a French beginner, you should:

Good luck with your French studies!