How can I improve my French Accent? If you want to sound more French, follow my nine precise tips to develop a better French accent.

Having a decent French accent is essential if you want the French to understand you. However, if your French accent is not perfect, don’t stress… Having a slight foreign accent when you speak French is somewhat expected from a foreigner… and even considered cute by the French!

My very first tip is simple – and may even seem obvious: if you want to improve your French accent, you must train with audio: written French and spoken French are like 2 different languages, and I’m extremely surprised to see that today still, so many French students are studying French with books with no audio recordings.

The French audio you chose is essential: the speed and content should be adapted to your level, as to build up your self-confidence, not leave you with a feeling of frustration.

Now let’s see precisely how to improve your French accent.

1 – Understand How To Form The Specific French Sounds

It’s likely that some French sounds are going to be similar to sounds in your native language: great. However, other sounds may be new to you, like the French vowel U sound, or close to a sound which exists in your language, but still slightly different – like the French OU sound versus the English OO sound.

To really master the French sounds, I suggest you first study the mechanics of the mouth: how to precisely place your lips, tongue, throat and the correct air-flow needed to produce a specific sound.

Once you’ve understood the mechanics of the French sounds, I suggest you select a French speaker to train with. Someone who matches the French accent you’d like to have… All French accents are not the same!

What May Affect A French Accent?

Be aware of the age, the regional origin and social class belonging of the person who is speaking French. All these will affect the pronunciation and there are many different French accents.

I once had an Australian student of Irish origins who learned French in Senegal. Being extremely fair skinned herself, she spoke French with a strong African accent. It was quite weird, limit offensive to tell the truth since it looked as if she was possibly mocking an African accent.

Is There A Different French Accent For Men And Women?

Unlike Japanese for example, there are no different rules of pronunciation for man or woman in French.

So if you are a man, you can learn French from a woman. The voice may differ of course, but not the French pronunciation.

Can I Improve My French Accent With Songs?

French singers and poetry readers may have chosen a different pronunciation than everyday French as to respect the rhythm or the rhyme.

For example, French singers Edith Piaf, Jacques Brel or popular modern French singer Stromae have a distinct French accent: they have a very strong R when they sing: that’s not a common everyday French R. It’s not “wrong”, but it’s not typical either.

Is The Speaker A Native French Speaker?

Finally, make sure the recordings you train with to improve your French accent are made by a native French person.

Unfortunately, the Internet and social media are full of teachers of French – with very good intentions – who don’t always realize their less-than-perfect contribution hurts more than it helps.

I understand what I’m saying is not politically correct, but as a native French speaker myself, I cringe when I hear some of the audio featured on very popular French teaching websites.

To really work on French pronunciation, I suggest you select a couple of short sentences, or cut a longer sentence into chunks you can easily repeat.

Once you’ve worked your way through the chunks, you can put a longer sentence or paragraph together and train on perfectly repeating it.

Note that audiobooks containing questions and answers provide excellent short sentences to work specifically on pronunciation. Or you may want to download my Free French phrasebook.

4 – Do Not Read The French Transcript At First

Once you have found French sentences you’d like to repeat, do not read the French transcript at first….

Listen to the audio recording. And repeat out-loud. At this point, only the pronunciation matters. Whether you understand what you are saying or not is not the issue at hand.

Then, once you’ve got a hold on the correct French pronunciation, it’s time to read the French transcript, the English translation if need be, and memorize the French sentence.

My next tip will probably make you smile!

Even if you spoke French with a perfect accent, your French voice may sound weird to you at first!

You are not accustomed to hearing yourself speak French, and if you may enjoy the French accent of French people, chances are that it may take a while for you to accept your newly found French voice.

In that respect, it may be fun to watch a couple of videos of people mimicking a French accent. You can actually learn a lot from them! 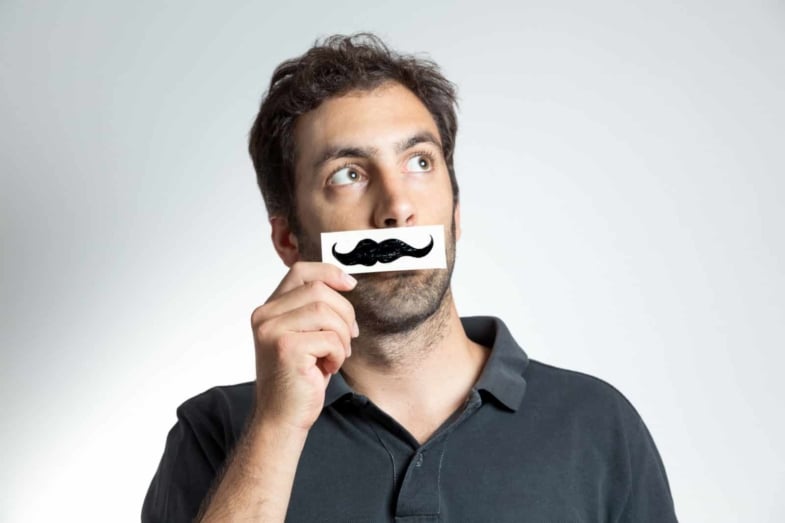 If you’ve been speaking French for a while, you probably noticed that some words are pronounced together : like a subject pronoun and a verb.

It’s normal, and it’s called a word grouping: how you group your words. This word grouping occurs in every language, but the logic might be different in French than it is in your own language.

So pay close attention to the French rhythm of the sentence: when the French speaker speaks, notice when s/he pauses, when s/he breathes, and try to copy this rhythm.

7 – Use Your Smartphone’s Mic in French

Students often ask me: how can I improve my French accent if I don’t know how I sound?

A way to check your French accent is to use the voice recognition software of your mobile device to dictate things in French. You can switch the language to French, and record your own text this way. However, if your pronunciation is not right, the software won’t recognize what you are saying…

It can get brutal and frustrating… and keep it mind the software doesn’t always get it right… But at least, it will help you figure out if you French pronunciation is good.

If you use your microphone in French, knowing how to say punctuation and other writing commands in French will be useful: here is a link.

8 – Drill The Most Difficult French Sounds

Some French sounds are more difficult for foreigners: for example the French R.

Make sure you drill on several words with an R at the beginning, in the middle, or at the end, and different R+ vowels, but also vowels + R, Tr, Dr, Gr etc… combinations.

In French Today’s Secrets of French Pronunciation audio lesson, you’ll find a special drill section to help you master the most difficult and the most common French sounds such as the French R, the French U, le≠la≠les, un≠une, é≠è etc…

I also wrote an article about the most difficult French words to pronounce – and of course I recorded the words for you. Check it out!

This simple tip will drastically help you improve your French accent.

Let’s say you have difficulty with the French “u” sound in general. However, you’ve mastered how to say “tu” – you in French.

Then, when trying to say “lugubre” in French, bring up your “tu”, and use it as a tuning fork.

It might not work each and everytime, but repetition is the key!

And if it’s difficult, don’t despair. Speaking English with a decent accent is not easy for the French either!

Don’t hesitate to leave a comment below and share one of your French accent tip with me! 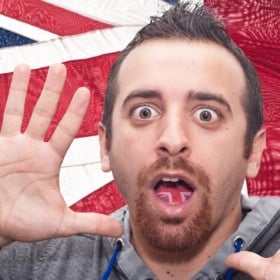