How Do You Pronounce August in French – Audio + Tips 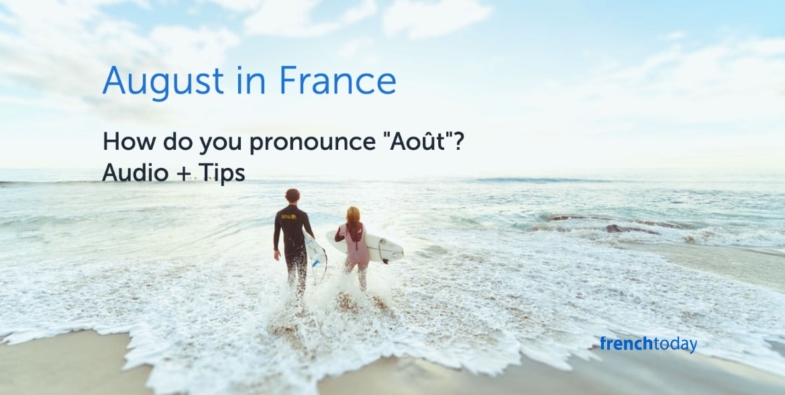 How do you pronounced August (le mois d’Août) is in French? Clear pronunciation of August and tips about taking your vacation in August in France.

1 – Pronunciation of August – Août in French

The month of August is “août” in French.
when used by itself is rather easy to pronounce:

The correct pronunciation of août is “oot”.

What really confuses students of French however are the liaisons/elisions/glidings we make with “août”: since “août” starts with a vowel, there are going to be many liaisons, elisions and glidings involved – the final consonant of the word before “août” is going to add a D, or a N, or an R… before the “oot” sound (More about French liaisons, elisions and glidings in my French pronunciation audio lesson).

You absolutely need to train with audio to pronounce that word correctly and get a chance to be understood – and understand French people when they speak.

This is particularly difficult when you use “Août” with a number, as in saying the date in French.

2 – Taking Your Vacation in August in France

Many French people take their summer vacation in August.

So, you will see a huge number of businesses closed during this month, particularly in big cities that are deserted for the vacation. On the contrary, small boutiques in touristic areas are likely to flourish and have extended open hours.

Going to Paris in August? Is a good idea if you want to see tourists and not the Parisians. Parking is a dream in Paris in August (well… compare to the norm that is…) but many shops are going to be closed, and some restaurants as well – so call to check.

Museums are open, no problem there.

Watch out if you are planning on driving / traveling around the 15th (la mi-août). Traditionally, that’s a moment when many French people are on the road – either leaving for their summer vacation or coming back. So avoid driving around that date – especially if it’s a week-end!

Taking your vacation at the beginning of the summer is “in”, taking them at the end is “out” (pun with août).

We call people talking their vacation in August:

4 – How to Spell August in French: août or aout?

In 2016, a reform of French spelling took away the circumflex accent of août. So both spellings are accepted now: août and aout. I’m kind of old-fashioned in my writing I guess, so I like to use the accent (old habits die hard :-)

If you liked this article, I suggest you check out my articles: 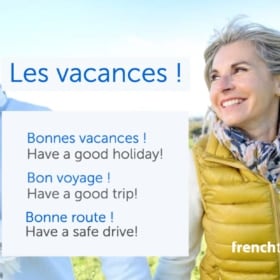