In, On, An: The 3 French Nasal Sounds Explained 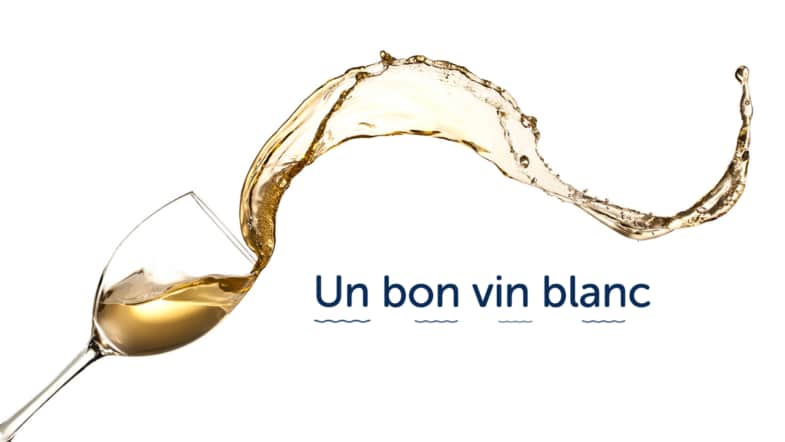 How do you pronounce French nasal vowels? When do a in, on, an lock into a nasal sound? Clear explanations with audio, many examples with English translation.

Table of Contents
What’s a French Nasal Sound?
The 3 French Nasal Vowels Sounds
Plain French Vowels vs Nasal Vowels
When Do Vowels Followed By N or M Become Nasal ?
Exceptions
How Do You Pronounce A Nasal Vowel In French?
Now What?

The French could have used some kind of accent to indicate a nasal sound. Like ã ĩ õ… It would have made things so much simplier!

Instead, we write a nasal sound in French with a vowel followed by an N or an M.

I’ll answer this and more in this free French lesson.

To pronounce this nasal vowel, you need to really drop your chin: since people tend to articulate and enunciate less and less, this sound, very closed to the nasal i sound is disappearing.

I personally pronounce the nasal u and the nasal i exactly the same way. I can hardly hear the difference actually… but I see the difference in the jaw motion: some people drop their jaw to say “un”… I don’t: I open my lips to the side like a smile.

Actually, now that I listen to the recordings I made, I really cannot hear any difference between a nasal i ɛ̃ and a nasal u œ̃: I did record with the right jaw motion though… That’s to show how much this sound is indeed disappearing if I can’t even mimic it correctly!

But understanding how to form the nasal u sound was what allowed me to guide my students into a French nasal pronunciation. But more about this later…

First, let’s see what makes vowels followed by N or M lock into a nasal pronunciation…

When a vowel + N or M is followed by another vowel, then it always breaks the nasal combo…

When Do Vowels Followed By N or M Become Nasal ?

A vowel can lock into a nasal pronunciation with a vowel + N or M is used:

Is locked in by a consonant – at the beginning, in the middle or at the end of a word
Ex: oncle, ample, ombre, orange, bonjour, ambulance, ont

Hey! This is the French language… You didn’t think there wasn’t going to be exceptions, did you?

The most important exception is the “ent” ending of a French verb which is always silent (never pronounced [an])
Ex: ils chantent, elles chantaient

Another N or M

That’s quite weird but N and M don’t count to lock in nasal sounds.

Take for example the French first name “Anne” – if you follow the logic of the nasal pronunciation [An] are followed by a consonant, so they should lock into a nasal sound.
Except that this consonant is an N. So it doesn’t count.
Ex: Anne, bonne, immortel, vienne

Now, let me explain how exactly we would pronounce a nasal vowel in French.

How Do You Pronounce A Nasal Vowel In French?

Many students are able to find the French nasal sound by simply mimicking the audio. Because the sound N and M exist in their own language, their body is able to find a way to produce a nasal sound.

If actually producing the nasal sound is difficult for you, here are some tips:

Everybody will tell you that the difference between a French nasal vowel and a plain oral French vowel is the air flow.

In a French nasal vowel, the air escapes through the mouth (like for all vowels) AND through the nose.

That’s great, but what does it mean? You are certainly not blowing air through your nose… Some methods will tell you to put a finger under your nose and you should feel some air.

Well… I tried it… I don’t feel any air myself…
I know for a fact that air goes through the nose when you say a nasal vowel, but… I can’t really feel it.

So let’s try another angle. We’re going to exaggerate the mouth position until you unlock this weird French sound.

Focus on your chin

Go in front of a mirror.

Now really drop your chin down and in front: imagine you wanted to push a button in front of you with your chin. Your tongue tends to go towards the back of your mouth.

Doing this motion will force your soft palate and uvula down allowing some of the air to go through your nose… That’s the base for any nasal sound.

Focus on your lips position

Now that your chin and tongue are in position, exaggerate your lip position to modulate the nasal sound.

Try it out, repeat after me: exaggerate your chin, tongue, lips position and repeat after playing the audio. Look for the sound.

Still not enough? Here is another trick:

Keep doing the same thing with your chin, tongue, lips… but now pinch your nose! It will create a stronger vibration of the air that’s in your nasal pathways so you’re likely to “feel” it more.

You have to look for it still: I’m able to pinch my noise and still produce an oral vowel sound… So you may have to look for the sound. Imagine you want to sound like someone that has a very nasal accent, like maybe a midwestern accent.

Concentrate on what’s happening just where your tongue meets your throat. Something has changed. It’s actually your soft palate going down.

Play around and see if you can find the nasal sounds.

Once you’ve found the sound, there’s easier way to get there than over exaggerating each motion… Let your body find its own way.

Chances are that soon, you’ll mostly need to focus on your lips position and dropping your soft palate will become very natural: you won’t even have to think about it!

Now that you know the theory, only practice will truly help you master the French nasal sound. I suggest you check out my French audio novels to train on your French pronunciation in the context of a fun, level adapted French story. Reading along the transcript as you hear me read the story will help you develop a sense for when a word is nasal or not.