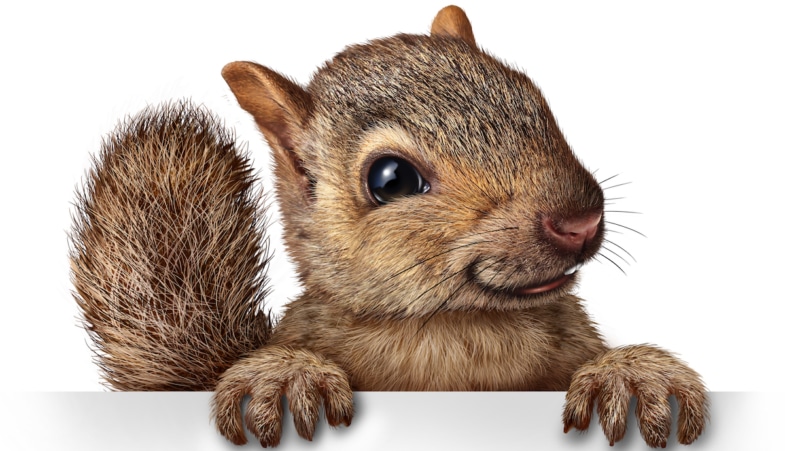 How do you pronounce squirrel in French? In my French french lesson, I’ll give you the keys to pronounce difficult French words + clear audio examples.

“Écureuil” (squirrel), “Serrurerie” (locksmiths), “chocolat“…  These French words are typical examples of French words that are difficult to pronounce for an English speaker.

Why? I would venture to say there are three major reasons:

The French word is just difficult to pronounce

Some French sounds are typically difficult to pronounce for an English speaker.

So, saying something as common as “une rue” (a street) can be quite a challenge.

The French word is difficult to read

With so many silent letters and no strong tonic accent, what often puzzles English speakers is how to sound out a French word. In other words, they have a hard time linking the written letters to their correct pronunciation.

They are all very easy to pronounce once you don’t let all the letters fool you!

Mix these two reasons and you’ll get the nemesis of English speakers: “une grenouille” (frog) and “un écureuil” (squirrel)

Many English speakers have a hard time with “chocolat” which they pronounce “tchocolayt” when in French it’s “shocola“. It’s not difficult to say “shocola” for an English speaker. So it’s not the sounds themselves that are difficult. It’s just that their brain automatically links the letters in “chocolat” to the English pronunciation.

French and English share a lot of words, but their pronunciation sometimes differs a lot from English to French. English speakers should be prepared to make an extra effort to pronounce these words the correct way in French.

So, how can an English speaker get these words right? Here are my solutions to be able to pronounce difficult French words.

Learn the rules of French pronunciation.

Most students just “wing” their French pronunciation. They try to mimic the French, and mostly guess how to read French.

However, there are very clear French pronunciation rules which will be a tremendous help to read / pronounce French.

Learn how to place your mouth, tongue, lips for the difficult French sounds.

Many English speakers have a hard time with the French “R” sound. They just try to mimic what they hear, but it’s not always enough.

But the secret often is knowing exactly how to place your mouth, tongue and lips!

The secret to a perfect French R is your tongue position.
There’s a 2 step process before you make that sound: follow exactly these instructions (take your time…)

Now open your mouth and create a vibration in your throat: it may take some practice, but that’s how you’ll produce a French R.

This is exactly the kind of things I explain in my French pronunciation audiobook, with plenty of examples and pronunciation drill exercises. Check it out!

Or you can roll an R like in Spanish, or gargle, then press your tongue firmly against your LOWER front teeth.

Your tongue will make kind of a slide: it will be high and rounded towards the throat area, and flat/a bit curled up on your front teeth.

Try it! Say “Paris“; make sure the tip of your tongue presses firmly against your lower front teeth. Let me know in the comment section how this is working for you!

A lot of French words are actually easy to pronounce for English speakers. More often than not, it’s the way the word is written which fools the students of French into a wrong pronunciation.

For example, “l’eau” (water) is pronounced “lo“. It “looks” much harder than it sounds!

So, first, learn the correct French pronunciation with audio. Then learn the way French is spelled.

Now, for your convenience I’ve recorded all the words above so you can repeat them and train. Press on the audio player!

You enjoy this lesson and my voice? Check-out my audiobooks to learn French.