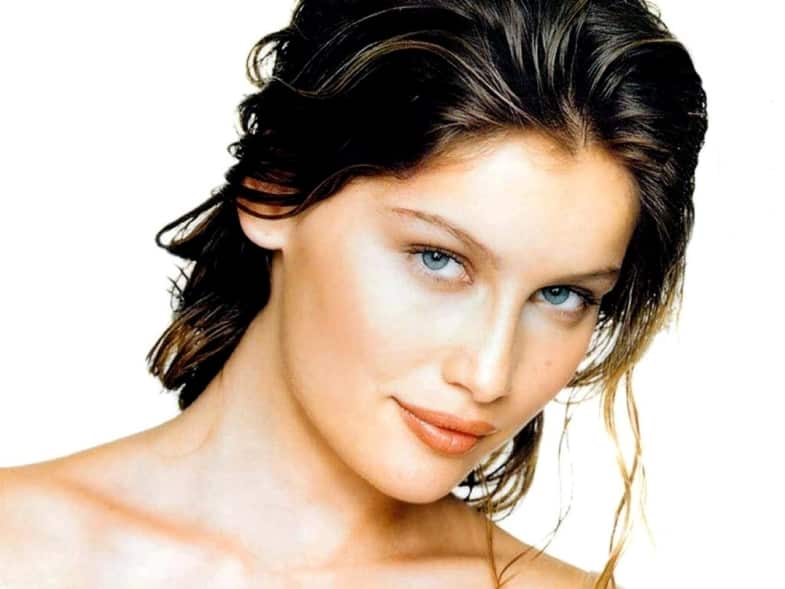 Many people would say that French women have a “je ne sais quoi” that makes them… “irresistible”. I am not sure I measure up to this reputation, but today, I’m going to share with you some tricks that may help you unravel the mysteries of the French woman’s sex appeal.

Since I am both French and American, my observations are mostly between women of these two countries.

So, there are all sorts of French women of course, however, I do believe there is a typical French women style that can be observed throughout France and through generations, and this is what I am going to explain in this article.

As in any opinion piece, especially one on a controversial subject such as “beauty”, I am aware my article may rub some people the wrong way: I’m sorry if it does since I don’t believe what I am writing is offensive.

This article is based on my genuine observations and thoughts trying to explain what makes this particular French women style.

France has a huge cosmetics industry, and there is a cream for pretty much everything: anti-wrinkle cream, anti-cellulite cream… and crème au chocolat for when you’re feeling blue!

In general, French women take very good care of their skin, and apply moisturizing cream onto their face and neck morning and night.

This routine usually begins during early adolescence, around age 12 or 13.

Every French woman has a mineral water spray in her bathroom: it supposedly helps moisturize your skin. I don’t know whether it really works, but no self-respecting French woman would do without it.

French women wear a little bit of maquillage everyday. I insist on the little bit part. Makeup is only here to enhance the natural beauty, hide spots and blemishes, not unlike the gorgeous Laeticia Casta in the picture above.

A discreet foundation, Mascara, a touch of eyeliner, a bit of blush and gloss or rouge à lèvre, and you’re done. There is definitely a difference between makeup to go out in a club and everyday makeup to go to work.

To me, this is one of the biggest difference between a French woman and my American girlfriends. I have many friends with whom it’s no makeup at all, or full Cleopatra look. No middle switch. In “relax” mode, or vacation, they don’t wear any makeup… just because they can.

French Women will adapt their look to the occasion, but will usually go through the effort of mild makeup before going outside – even grocery shopping. It’s considered as a sort of respect in France for a women to look “nice”. We do however tend to go easy on makeup, and will only wear a lot for special occasions such as an evening dressy party.

Every single French woman I know wears perfume or eau de toilette. Often, we only have one that we are faithful to (mine is called Fleur de Rocaille, by Caron), but some women like to change.

We also wear pretty lingerie. All the time. Many brands offer both comfortable and attractive lingerie, and if we may keep the most sexy one to surprise our loved one at night, we wear nice lingerie mostly… for ourselves. Just like perfume or makeup, pretty lingerie makes us feel good, sexy. Even if no one is seeing your lingerie, they can see when you feel sexy.

Good luck though if you have large boobs… Apparently French women tend to be petites bosom wise, and finding a bras over 38C in regular stores is a real challenge. Thankfully, there are speciality stores “une boutique de lingerie” which will cater to all sizes. But it’s expensive. More about French lingerie vocabulary here.

Here, I have to admit French women are not at the top when it comes to hair styles. French women tend to keep their hair natural, and it’s not always their best feature. I’ve seen lots of “bed hair” in Paris.

A big difference with the US would be curly hair : French women do let their natural curls out, we don’t necessarily blow them straight.

However, we do blow them dry… My daughter goes to the US regularly during the summer. My American friends never dried her hair after shampooing them, which was a surprise to me since they all live in freezing cold AC houses…

I’ve seen many women walking around with wet hair in the US, probably waiting for it to dry naturally. I’ve never seen it in France.

Specialized nail salons (une onglerie) are much more expensive in France than they are in the US for example, and if larger and cheaper nail salons are available in larger cities, it is not the case in small towns.

So, French women tend to take care of their nails themselves. And it shows.

First of all, we do not wear super long nails. Fake or real, it’s just not fashionable in France.

Then, the nail polishes tend to be much less creative: French manicure (which is called “French manucure” – it’s not French at all!!) is considered very classy, but otherwise we usually go for totally transparent, or red.

No fancy drawings or nail diamonds for us.

The French woman carefully chooses her clothes every day – no matter what the day’s plans may be.

While we don’t always dress to kill, sweat suits and sneakers are reserved for the gym.

There is not always a big difference between what we wear during the day and what we wear to go out at night. Meaning any French women’s outfit can easily be dressed up, or dressed down: change shoes, add some jewelry, go a bit heavier on makeup, and your casual summer dress is now a party dress!

However, don’t get me wrong: French Women will change their look before going-out at night, to a friend’s house or to a restaurant. It always looks effortless, like the entire look was put together by chance… but it seldom is. The look remains casual, but the extra touches make the whole difference.

Of course, if you were going to a dress-up party, or a French wedding, it would be different, and French women will dress up for these occasions.

Still, different occasions call for different outfits: French women may dress up to the nines for a New Year’s Eve party, and wear a long sexy dress and glitters, but outside of “special occasions” most French gatherings are “business casual” – not totally underdressed, but relaxed. It’s a fine line.

Shoes are extremely important however. A nice pair of shoes would change the whole vibe of an outfit.

French women wear a lot of small sneakers (such as Bensimon) during the day and famous brand athletic shoes are fashionable among much younger crowds (below 30).

We do wear a lot of flat shoes and cute sandals during the day and at night as well – have you ever tried walking through Paris’ cobblestone streets in high heels? Boots are extremely fashionable among French women.

And convenience has its limits. There is no way a typical French woman would get caught wearing sneakers with a skirt suit (even on a snowy day), as I’ve seen it done so many times in the streets of Boston.

General appearance is classical rather than obvious – French women have a sexiness that is subtle, residing more in their attitude and body language rather than a provocative outfit.

If you want to be sexy, follow these rules: show the top or show the bottom, but not both at once!

If you’re wearing a short dress that shows off your lovely legs, then wrap yourself in a shawl that hides your upper body. On the other hand, if you’re revealing nice cleavage, wear long, wide pants. You don’t want to reveal too much of your body at the same time. You have to make the mystery last.

2 – French Culture About Women And Beauty

“Beauty sells”. French women have understood this for a long time now, and most are comfortable with this idea.

We have billboards selling organic orange juice, featuring a gorgeous naked girl under the excuse that “quand on n’a rien a caché, on le montre“:”when you have nothing to hide, you show it” (Jocker, le fruit nu: Jocker brand, the naked fruit… pretty clever :-)

We are typi ally not offended by this use of the female body, it’s part of our culture.

Ad agencies used the male body the same way, to sell… computers! The French just don’t have a problem with nudity. Male or female nudity.

Being attractive often gives women a serious advantage over men, so we flirt a little.  The things you can get with a large smile… amazing!

In my opinion, to some extent, every woman does it. But the big cultural difference is that French women are not afraid to admit it.

I guess that in French culture, being attractive is an accepted asset, as respected as intelligence and other qualities.

If you liked this article, I suggest you also read “How to dress in Paris” and “The French dating system explained“. 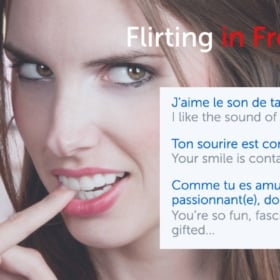