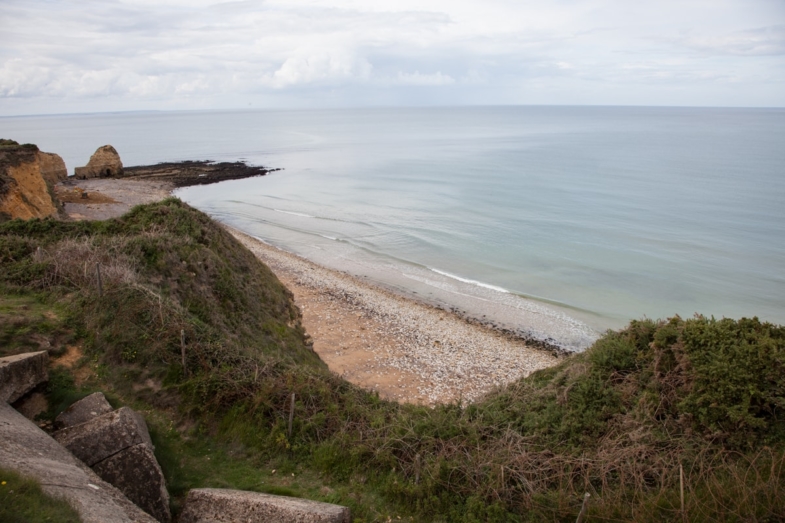 As D-Day approached, Andy became part of the Transportation Plan, without of course knowing why he had been moved from bomber escort service. In May he wrote: “Turner was presented with a P51D today. What a beauty.

As I drove from my primary practice area in Lansing, Michigan to my satellite clinic in Carson City, I rolled through such tiny villages as Fowler, Pewamo and Wesphalia, areas settled many years ago by German immigrants.

Even today, these towns consist of a main street or two, with a few branching side streets, boasting rows of small, pristine homes, often surrounded by the traditional white picket fence. Past the one traffic light that usually marks the center of town, the home density diminishes rapidly, as farm land replaces paved streets. The towns are connected by rolling fields of wheat or beans, depending on the growing season.

To describe these towns as sleepy suburbs, however, is to do them a grave disservice, for these people of German extraction with names like Koenigschnect (“K-13”) and Armbrustmacher (“A-14”) are not sleeping but toiling on their farms literally from sunup to sundown. One day I was permitted to step inside the life of one of these private German – Americans, when quite unexpectedly I was approached by one of them.  “We just found this in an old trunk when we cleaned up Dad’s farmhouse after he died last week.  Thought you might be interested.” He handed me a rather smallish book with a broken lock, essentially a collection of pages filled with penciled notations.

Andy would have joined up right after Pearl Harbor, but he had to wait until he came of fighting age in 1943. He states in his diary that he was first sent to Fort Kilmer, New Jersey, where he “anxiously awaited a chance to get to New York City”. He had never been away from his Michigan farm, had never visited a “real city”. When he finally had the opportunity to do so in October 1943, he was disappointed. “Everything was dimmed out, so we couldn’t see much.”

On November 3, he boarded the Queen Elizabeth at night and expressed some concern when he discovered that this grand ship was “run by British sailors”.  He added that “the boat was pretty swell” but that the “17,000 enlisted men were really packed in.”

Andy arrived in Gurock, Scotland, on November 9, and from there was sent to ground school in Shrewsberry, where he became skilled in “recognition, intelligence, map reading and lighting systems”. He was touched by all the “English kids giving a V for Victory sign” then “asking you for candy or gum”. He found Stone, England to be “a pretty lousy place”, but was overwhelmed by London, though he lamented “getting caught in a ‘pea – souper’”. He was both in awe and more than a little frightened by his assignment to the 354th Fighter Group of 9th Air Force.

By December, Andy was flying and within a matter of weeks was commenting in his diary about his missions as casually as if he was describing a Sunday afternoon ride in the family car back home in Michigan. “Went to Bremen with the lads a couple times. I got a couple planes and several probables. My P51 sure beats those ME 110’s. Got 10 letters from Jean today! Really swell!”

In January 1944, Andy wrote about having a “pretty good alert the other night”. “We went on an uneventful trip to Frankfurt but I only got about fifty miles inside enemy territory when my elevator controls busted so I came home alone and landed with trim tabs. I thought I had had it. Got 8 more letters from Jean. Wow!”

Andy’s diary entry for February 12 mentions that “Colonel Martin, our group CO, got it on the mission yesterday. He had a head – on collision with an ME-410. Major Howard, our squadron CO was made a Lt. Col. and replaced Martin.” The author regretted that he had missed the action because a cold had kept him grounded.

In March, Andy wrote about a “pretty hot mission”: “Flew Col. Howard’s wing. My canopy fogged all up and I lost him on a pass at a FW-190. I was flubbing around alone among the bombers and the M-110’s, 109’s and 190’s. For a while I wasn’t sure which was which. By the time I found the Colonel my oxygen was gone. I had to bring him home because his compass was out. Me with no oxygen and him with no compass. But we made it.”

By mid-May, Andy was ticking off his comrades who had died with the nonchalance of a teacher taking roll call in one of those little red school houses back home: “Matty and another guy got it yesterday and Kong got it today. They got into a rat race with four ME-109’s. They took out two but Kong went down.”

As D-Day approached, Andy became part of the Transportation Plan, without of course knowing why he had been moved from bomber escort service. In May he wrote: “Turner was presented with a P51D today. What a beauty. Hope we all get them soon. Went to Laon, France, and did some glide bombing for the first time. We had a section of railroad to hit any part of it. We hit some rolling stock in a small town. Fairly accurate. We circled around at about 3,000 feet under the overcast and they sure shot  the 20mm flak at us. Stozle and Gillis were in our flight  and got some holes shot in their wings. Perkins and I went down and strafed a big truck and scattered a lot of Frenchmen. Guess I’m not cold blooded enough for this strafing stuff. I’d just as soon not do it.”

“On D-Day, we escorted C-47’s and gliders in a chain that extended clear across the channel. Got down there just at dark. We could see big guns from the boats and tracers from the shore. Quite a sight.”

After D-Day, Andy was occupied daily with “glide and dive bombing mostly seeking opportunity targets.” In late June he and his closest friend were on a seek and destroy mission. “Perkins saw several trucks, got permission and we went down to strafe them. He hit a high tension wire or something and blew up. Sure hated to see that. One other day our squadron strafed and burned up about eight trucks. And another day we destroyed at least seventeen 190’s camouflaged in a cow pasture near Caen.”

Andy later reports shooting down some of “Jerry’s pilotless planes that were on a direct route to London to do some damage.” In late July he passed the 200 hour mark of flying combat, but seemed more interested in recording that “GG George is going to marry some English girl. After Harris, who had way over 200 hours and was due to go home in a week, got jumped and taken down by a Gerry, GG said what the hell I might as well marry her.”

By August, Andy was strafing with impunity with no mention of his earlier reluctance. “Flew over Brest. Controller told us to look for 500 Jerries on the ground so we buzzed the countryside for about a half hour in the designated area but all we saw were Frenchmen waving at us like mad. They sure are funny. You can be strafing on one side of the road and they stand on the other side totally unconcerned and waving.”

On September 8, 1944, Andy comments: “Haven’t written anything lately because I’m sweating out a ride home. Just waiting for final orders. My last mission flown.” The orders arrived but before departing Andy went on a “buzz job” of Paris in a C-47. “We flew so low we could look up at the Eiffel Tower.”

Andy departed from Gurock, Scotland, and after six and a half days landed in the United States. “The trip back was much more pleasant. Liked the direction better.”

So how do you keep Andy down on the farm once he’s buzzed Paris?

Apparently, quite easily. You see, Andy never again stepped inside a plane and rarely ever left his farm. He married Jean, they had seven children, and he never spoke of his war experiences.

This diary was the first any of his family learned of his exploits.