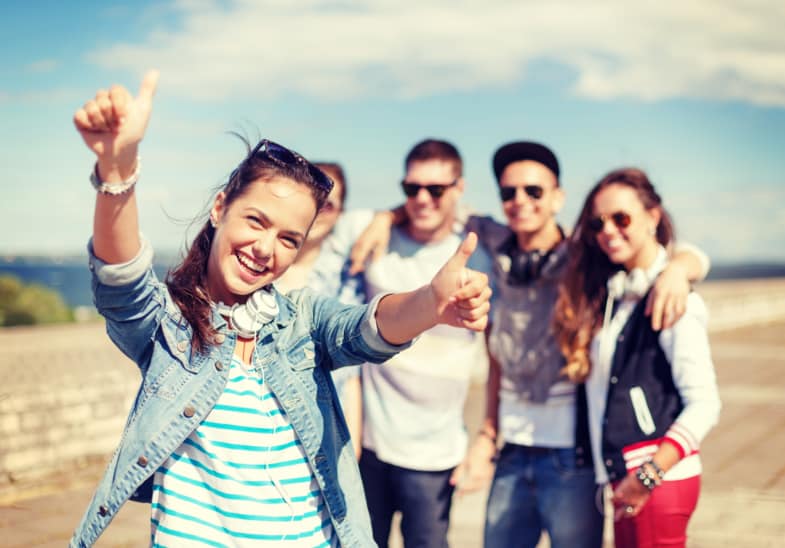 French is an evolving language. On top of the “parler d’jeunes” (generation Y new slang), the verlan, and the traditional slang, you are going to encounter many grammatical constructions and glidings that are quite far from your textbook French: welcome to the world of modern spoken French!

With all these evolutions of the French language, understanding the French when they speak can be quite a challenge. Actually, the modern French language you’ll hear in France is likely to sound like a totally different language from the one you learned in school.

But don’t despair! There are ways to conquer the modern French language: follow my tips.

Table of Contents
1- Written Versus Spoken French: Learn French with Audio
2 – Learning With French Movies: Yes, But not Right Away
French Verb Drills - Bundle
3 – Master the Different Ways of Asking Questions in French
4 – Repeat French Sentences Out Loud
5 – Be Realistic About Your French Goal

You cannot learn a living language only with books, especially French.

I often say that French consists of 2 languages: written French and spoken French.

All my French audiobooks are recorded using modern glidings, middle ground… so not “too” street French, just the way an educated modern French person would speak.

Whether you use my French audiobooks or other audio sources that are current and feature modern French, learning French with audio is absolutely essential if you want to understand real French people.

2 – Learning With French Movies: Yes, But not Right Away

Trying to understand a French movie for a beginner or an intermediate student is like choosing Mount Everest for your first hike.

You are just not ready, you are going to fail, and it will make you feel like crap. Pardon my French…

Building confidence in your ability to understand/speak a language is as important as mastering its grammar and vocabulary.

Pick some level-adapted audio material: the Web, YouTube, podcasts… The world is full of great resources created specially for students of French.

That being said, watch as many French movies as you’d like, but as a pastime– not as a learning tool. You may even get a few words and expressions from them. You may enjoy my posts on “10 easy to understand French movies” and “How to improve your French with movies“.

3 – Master the Different Ways of Asking Questions in French

Did you know there are 3 different ways of asking the same question in French?

The modern French way is seldom explained in traditional classes or study guides. Unfortunately, it’s the most commonly used form.

If it’s an “information question,” the interrogative expression will be shoved to the end: “Tu habites où ?” (Where do you live?)… and glided sounding like “tabeetoo”…

In spoken French, it is often reinforced by the word “ça”: “Tu habites où ça?” to show surprise, or react to the info (if the person didn’t hear your answer, or doesn’t know at all where you live is…). Hence the title of this article: “Tabeetousa.”

The next one is “Tu fais quoi ?” (it sounds like “tufaykwa” in modern French) “What are you doing (right now or for a living/ what are you studying)?”

Understanding questions fast is the key to any conversation, and I wrote a whole audio lesson about it to help you master French questions.

Again, our generation is not quite used to working with audio – yet. We are still in the passive learning approach: a book teaches us and we write the answers to exercises.

This is wrong if you want to learn to speak a language.

You need to change your habits. Listen to the lesson, then repeat out loud. Again, again and again.

Repetition is the key to creating “reflexes;” this goes for French grammar (check out my French verb drills) as much as for word genders and modern French pronunciation.

Read this blog post to find my step by step guide to better your French speaking abilities: “The best way to learn French for speaking“.

5 – Be Realistic About Your French Goal

How many hours do you spend studying French per week? When I say studying, I’m not talking about casually listening to some French songs as you are driving to work…

Now, quickly, what is your goal?

If your answer is “2 hours” and “I want to be fluent by the end of the year,” you have a problem.

Unless you are a language genius, learning a language is not going to be like second nature. It takes some hard work.

If you are a beginner and study 2 hours per week, you should be happy if by the end of the year you can handle a simple conversation, be polite, and get 20% of what French people say around you.

Now, if you liked this article, you will also like: