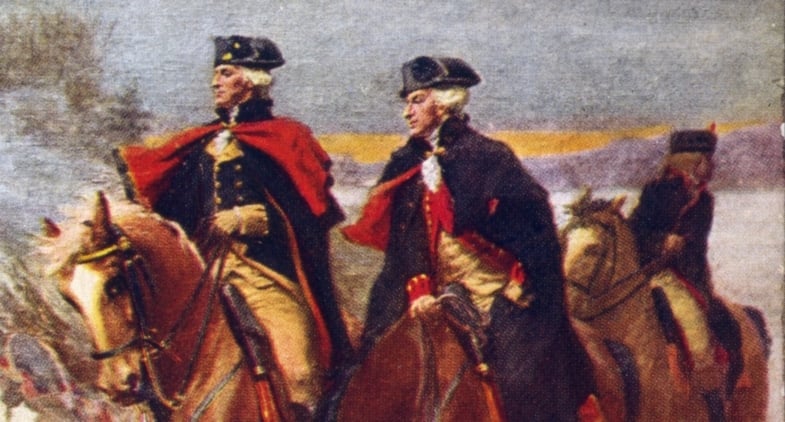 A dense fog hindered my descent from the high ground of Chadds Ford as I moved slowly toward the Brandwine Creek and certain combat with Howe’s “lobsterbacks” approaching from Elk’s Head, Maryland.

We had to stop the British attack on this September 11 in 1777, or surely my beloved Philadelphia would be lost.

Suddenly a shot rang out and my comrade and close friend, the Marquis de Lafayette, fell to the ground having taken a “balle” to the leg for his commander and dearest friend, George Washington.

Surrounded by artefacts and monuments of the Revolutionary War, I was drawn early to the fascinations of this momentous struggle, and to a Frenchman, who left his family, country, and budding military career to cross an ocean and volunteer to fight with a rag-tag army trying to win its independence from England.

When Marie Joseph Paul Yves Roche Gilbert du Motier, the Marquis de Lafayette, learned of America’s struggle to gain its freedom from England, he wrote in his diary “my heart is enrolled in it”. And so it was.

This 19 year old Frenchman brought with him to America from his home in Auvergne, France, military skill, courage, and a deep compassion for those of the world struggling for their freedom from despotic rulers.

He recovered from his leg wound and went on to lead his men courageously. In the first months of 1778, Lafayette commanded troops detailed for the projected expedition against Canada.

His retreat from Barren Hill (May 28, 1778) was commended as masterly. He fought at the battle of Monmouth (June 28) and received from Congress a formal recognition of his services in the Rhode Island expedition (August 1778).

Not only did he refuse any pay, he paid for his soldiers uniforms when there was no other money available for the purpose.

2 – Fierce Supporter of the American Cause

He played a major role, upon his return from a hiatus in France to seek support for the American cause, in the Battle of Yorktown, Virginia, the last major battle before England’s surrender.

The Marquis had come to America against the wishes of King Louis XVI, but nevertheless returned to France to urge his king to support with money, troops and naval intervention, the American cause.

He succeeded, and by war’s end, France had made a massive financial and manpower contribution to the American Revolution.

Lafayette named his only son George Washington Lafayette and Washington had always considered the Marquis to be the son he had never had. The two were devoted to each other from the moment they met.

In February, 1824, nearly forty years after the end of the American war for Independence, President James Monroe in consultation with Congress, wrote to Lafayette inviting him to visit the United States, partly to help celebrate the 50th anniversary of America’s freedom and partly to honor his role in this majestic conflict.

Lafayette, the last living general of the Revolutionary War, stayed 14 months, travelled more than 6,000 miles, visited every one of the then 24 states, and was received everywhere with military parades, state dinners, and throngs of joyous citizens.

His visit was considered the landmark event of the first half of the 19th Century in America. No foreign dignitary has ever been so honored.

5 – A Tribute to Lafayette

Twenty four cities in the United States are named Lafayette, along with a college in Easton, PA, a mountain in New Hampshire, and countless monuments and statues.

A few months ago, my wife and I once again walked the Brandywine. She remembered with fondness, the many times she had galloped on horseback across this historic region.

I remembered a young 19 year old Frenchman and thanked God that he had also ridden his mount across these rolling hills as he helped America gain its freedom. 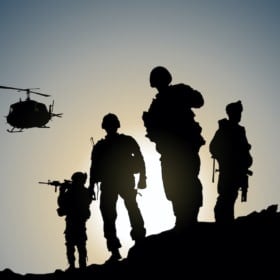