We Will Never Forget – WW2 in France 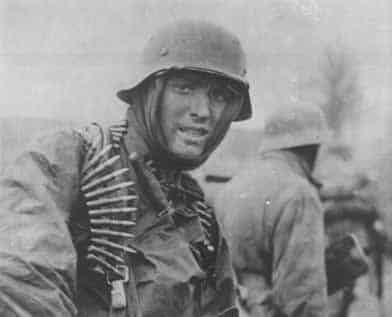 Frank went to France to study WW2. He met with two older French people who shared their memories of the war with he and his group of fellow American students. Today, he is sharing with us this strong and emotional memory.

Our group of six that was meeting in Carentan. We had gathered there to continue our on-site studies of World War II, as we pursued Master of Arts degrees in Military History from American Military University, West Virginia, USA. We represented a mélange of personalities from the strict discipline of two of us in the Armed Forces to the somewhat wayward behavior of a couple free – spirits.

1 – So Much Respects For Americans

This day we were visited by the original owners of le Château de Carentan, who told us of their personal observations in the immediate aftermath of D-Day. This elderly couple was dressed as if for Sunday church services, so respectful were they of Americans.

They spoke no English but through an interpreter told us of a fateful day in June 1944. They had received unofficial word of the invasion onto the Normandy beaches, le Débarquement, but any definitive information had been blocked by the Germans who still controlled the Carentan area.

The woman told us how startled she had been to find a tall (in her eyes almost gargantuan) soldier with “black paint” under his eyes, wearing huge, muddy boots, and bearing a great sac à dos, but with “hardly any hair”, in the middle of her salle de séjour.

Despite his fearsome appearance, she remembers him as being very polite as he struggled to explain his situation including how very hungry he was. She found him du pain et de la confiture for which he and his companion, who entered on his heels, were very grateful.

During their brief stay, she came to understand that these two warriors had dropped from the sky in parachutes behind the German lines and were attempting to re-form a cohesive unit with their comrades. They had been widely scattered and were desperately trying to re-group.

The image of these American heroes who had crossed an ocean to save France from the horrors of Nazi occupation remained vividly burned into her memory. She was certain they would destroy the hun “tout de suite”.

That afternoon, German soldiers rounded up her, her husband, and their neighbors and marched them to the town square, where they were forced to watch several of the 82nd Airborne, including her earlier visitors, hanged by the Germans.

As these airmen twisted and turned in an agonizing dance of death from strangulation before the townspeople’s horrified eyes, the Germans calmly informed them that this would be their fate as well if they so much as gave a sip of water to an American.

She and her husband, with tears rolling down their faces, thanked us for saving their country, as if it was our little motley group that had literally done so.

They assured us: “We will never forget!” 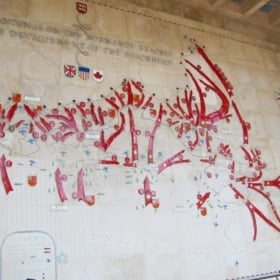