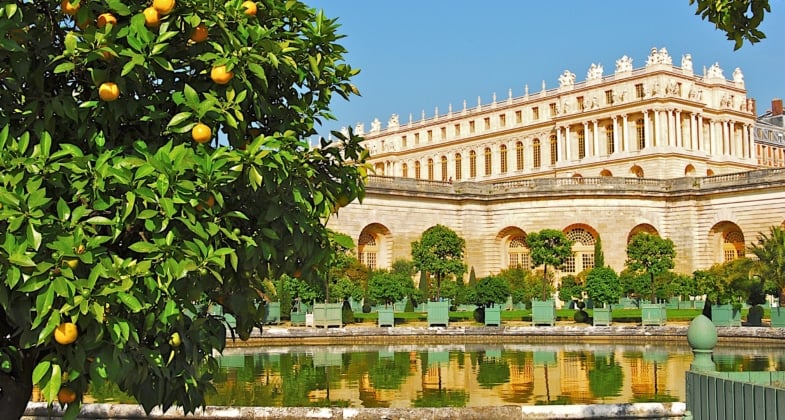 On your next visit to Versailles, don’t miss “the King’s vegetable garden” where you’ll discover the genius of the King’s gardener, Jean-Baptiste La Quintinie, which built walls and terraces allowing a microclimate to develop, so that over 300 varieties of fruits and vegetables could grow out of season !!

1 – The Vegetable Garden of Versailles

Near the grand palace of Versailles, a fine mist rises from small mounds of black earth in a walled garden. Manicured, military-style straight rows stretch out from the pebbled pathway.

Three young gardeners dig their trowels deep into the narrow ditch, preparing the soil before planting asparagus, a favorite of the King.

The gardeners seem oblivious to the splendor of the Palace of Versailles in the background. Just like their counterparts before them, who worked for the King, their focus is on nurturing the plants rather than dealing with maddening crowds swirling around the palace.

2 – A Secret in Versailles

Millions of people visit the Palace of Versailles, but not many take a side step into Le Potager du Roi, the restored Kitchen Garden of the King, hidden adjacent to the palace.

In the 17th century, Jean-Baptiste La Quintinie, was hired as the gardener for King Louis XIV. His genius in building walls and terraces allowed a microclimate to develop, so that over 300 varieties of fruits and vegetables could grow out of season.

In addition to out-of-season asparagus, the King delighted in figs growing from mid-June to the end of October, strawberries in March and peas in April!

The restored garden, open to the public since 1991, is exactly as Louis XIV would have known it. A team of gardeners harvests over 80 tons of fruits and vegetables each year.

Next time you find yourself in Versailles…take time to visit this remarkable kitchen garden, watch the gardeners at work and taste some of the fresh produce and juices for yourself in the nearby store!

3 – Practical Info About The King’s Kitchen Garden in Versailles

For more information about the King’s Kitchen Garden visit:  www.potager-du-roi.fr  (in French) 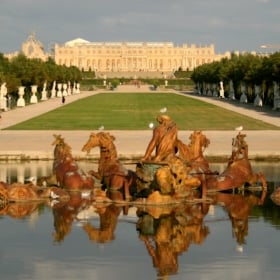 7 Tips about Versailles Palace and Estate