Top 10 things I Hate About Paris 😖

Bloggers living in Paris will eventually put together a list such as this one: things they Love and Hate (simultaneously) about Paris. Bien sûr, I say ‘hate’ with tongue in cheek — most of these things are just *different* from what I’m used to and *most* have a silver lining.

10 – What I Hate About Paris: The Weather

Let’s just get this out of the way first.

London has the reputation, but Paris can be depressingly dreary for months at a time. Add to that long stretches of gray buildings against the same color skies and people dressed in ton sur ton, and you can start to go insane. Especially if you came from California…

The good news?  It doesn’t snow much and you get to *look forward to* summer.  (Ok, I prefer summer year-round) 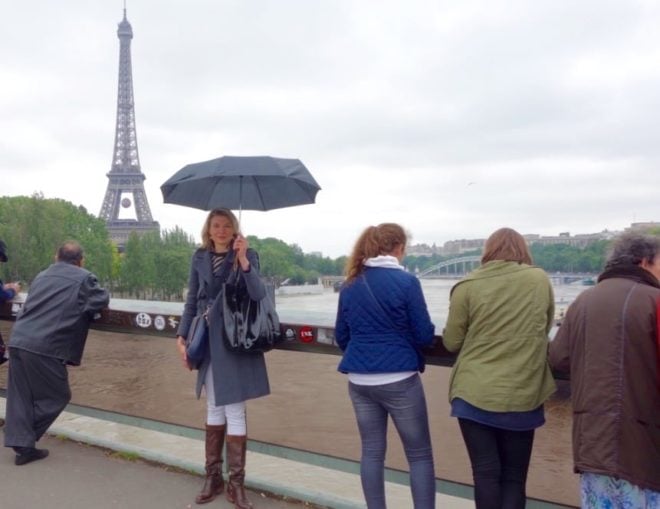 9 – What I Hate About Paris: Myths and generalizations

The French are so chic! And well-dressed! They’re so unhappy and depressed! They never get fat and their kids never misbehave! They are the most romantic people in the world!  The waiters are so mean!

I don’t like to generalize about the people of any country, race, religion, etc, and while I can definitely make some sweeping comparisons about the French vs Americans, they won’t hold true for everyone.

I find these generalizations (ostensibly about the French but usually more applicable to Parisians) serve to feed the American fascination with the French and the resulting never-ending stream of New York Times articles and books.

8 – What I Hate About Paris: Closed for Lunch

Americans are used to convenience, which means your favorite store being open late and on weekends. The antithesis of this is the vacations the French take in summer, from two weeks long stretching to six! So don’t be surprised if your favorite fromagerie is closed for a month.

It also means almost all small food shops close daily for lunch (for 3 hours!), and Sundays around 1, with most not opening again until Tuesday. Good luck if you’re missing one key ingredient for a recipe!

The flip side of this is that the French value their work-life balance and work to live, not the other way around.  Sundays are traditionally for family lunches, not shopping at the mall. And if you’ve enjoyed a 3-hour French family meal, you will know this is a tradition worth protecting. 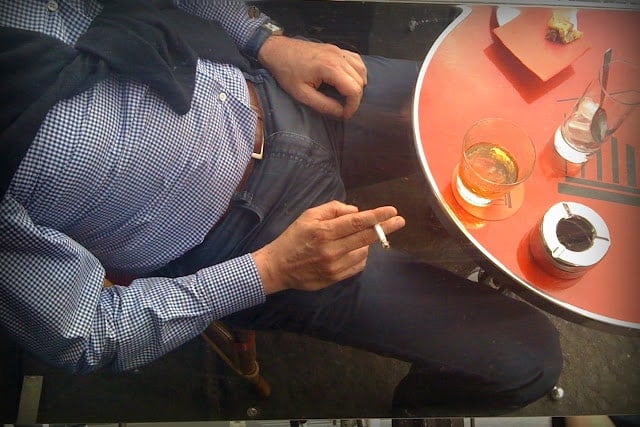 7 – What I Hate About Paris: Loitering in Cafés

Conceivably in France you could buy an espresso for 2€ and linger at a café for hours, whereas in the US you’d generally be pressured to buy more or leave.

I think this stems from the fact that servers here aren’t as all-over-you about their service, and they don’t work for tips, so they don’t need to turn tables.

When this turns into a negative is when you’re waiting for folks to vacate a table in a full restaurant or a sunny terrasse, and no evil-eye is gonna make them leave more quickly for you, and the waiter will most certainly not be your ally.

6 – What I Hate About Paris: Close Quarters

Most Haussmannian buildings in Paris are 7 stories tall with a courtyard in the middle, and ours is no different. Suffice it to say that every sound anyone makes with their window open to that courtyard is heard by everyone.  Screaming kids, tuba practice, afternoon delights, after-hours parties, we hear it.

When I first got to Paris, I asked some Parisian friends why no one calls the cops when someone has a loud party at 3am, and they looked at me like I was crazy and said “But you live in a city.” Ouch.

The upside of close quarters is that I often get to smell some amazing food being prepared without knowing where or what exactly it is.

5 – What I Hate About Paris: The Completely Rational Fear of Leaks

When I first got to France, I thought fear of leaks was paranoia, but now I know it’s completely rational and I have it too.

4 – What I Hate About Paris: The Food

I know, this one is a shocker!

French cuisine merits the adoration it receives, but trust me, as an expat you will find yourself craving something other than steak frites or boeuf bourguignon after a while.

Want sushi? In Paris, there are many sushi restaurants but they are run by Chinese and have limited variety and quality (or are extremely expensive).

Spice? You won’t find much in French food.

Gluten-free, vegan or vegetarian? Good luck to ya.

You won’t find traditional restaurants here very accommodating or understanding: whereas most menus in the US have at least a vegetarian option and acknowledge allergies, that is not the norm here. There are a growing number of gluten-free and vegan restaurants sprouting up of varying quality.

3 – What I Hate About Paris: The French Language

French is a Latin-based language, but more complicated than Spanish, Italian, etc, and — from what I hear — substantially more difficult to learn than English.

The main sources of difficulty for Anglophones are the genders, the formal vs informal, the French pronouns and French pronunciation.

In Paris, you will be greeted by blank stares if you don’t pronounce something perfectly.

But despite the difficulty in mastering the gender of each word, I smile each time a French person refers to a car or the sea as a female — “Ah, elle est belle!””

I find that, compared to Americans, the French are less overtly friendly but more structured and formal in their French greetings.

When you enter and leave a small store, for instance, you must announce your arrival with a “Bonjour/Bonsoir Madame/Monsieur” and leave with an “Au revoir” in order to not be considered rude.

You greet friends and acquaintances with (air) kisses on the cheeks, but it still feels formal.

The only interaction you will have with your neighbors is a passing “Bonjour” (unless you have a leak).

Normally all of these are done without much enthusiasm, unlike our “Have a Nice Day! You too!” ritual.

1 – What I Hate About Paris: Fitting in

In Paris I feel ‘exotic’ — in the US I blend in, sometimes feeling invisible, and people there often tell me I look *just* like their cousin/friend/coworker — but here it’s obvious I’m not Parisian.

But I don’t just look different, I act differently, making eye contact and not staring at the ground when I walk. People here don’t make eye contact in public (oh, you see them check other people out surreptitiously), so if you do glance at someone and catch eyes, it feels like an invasion.

Personally, I find it a bit warped, but on those rare occasions when you do catch eyes with a man, you feel their laser focus after that.

What’s positive about this? If you have an easy smile, you might realize you’re a refreshing rayon de soleil (a ray of sunshine) amongst friends because of it.

Ok, I feel better now.  What do you hate about Paris?

Lynn came to Paris in 2010 for a 3-month "pause" from her career in high-tech in San Francisco. Originally planning to just take some French classes, enjoy the city from a less-touristy perspective, and return to the US, all that changed when she met her future husband. Lynn blogs about her experiences at http://lynncroyable.blogspot.com