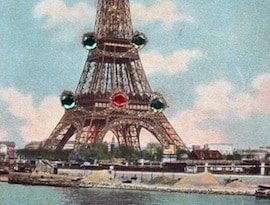 The Eiffel Tower was not always loved by the Parisians… Little known facts about what is now the most famous symbol of France.

These are just some of the comments published in 1887 as construction began on Gustav Eiffel’s masterpiece, designed as the entrance for the Universal Exposition of 1889.

It is also said that the popular 19th-century writer Guy de Maupassant ate lunch in the tower—which he described as a “high and skinny pyramid of iron ladders”—every single day after it was built so he didn’t have to look at it!

The Eiffel Tower Was Almost Built in Spain!

Fortunately for Paris, the tower had been rejected for the 1888 exposition in Barcelona. But even those who chose the design weren’t all that confident.

The Eiffel Tower Was Supposed to be Removed!

The contest rules called for a structure that could be easily deconstructed, and in fact Eiffel’s contract required the removal of the tower in 1909. But luckily for the rest of the world, by then it was being used as an important communications tower (radio and eventually TV) and was allowed to stay.

Whatever your opinion of its beauty, it remains the most visited monument on the planet.

An extract from the “Protest against the Tower of Monsieur Eiffel”

“We come, we writers, painters, sculptors, architects, lovers of the beauty of Paris which was until now intact, to protest with all our strength and all our indignation, in the name of the underestimated taste of the French, in the name of French art and history under threat, against the erection in the very heart of our capital, of the useless and monstrous Eiffel Tower which popular ill-feeling, so often an arbiter of good sense and justice, has already christened the Tower of Babel. (…)

To comprehend what we are arguing one only needs to imagine for a moment a tower of ridiculous vertiginous height dominating Paris, just like a gigantic black factory chimney, its barbarous mass overwhelming and humiliating all our monuments and belittling our works of architecture, which will just disappear before this stupefying folly. 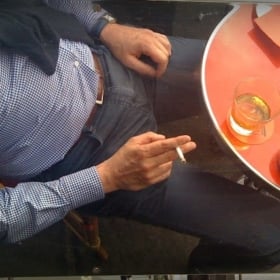