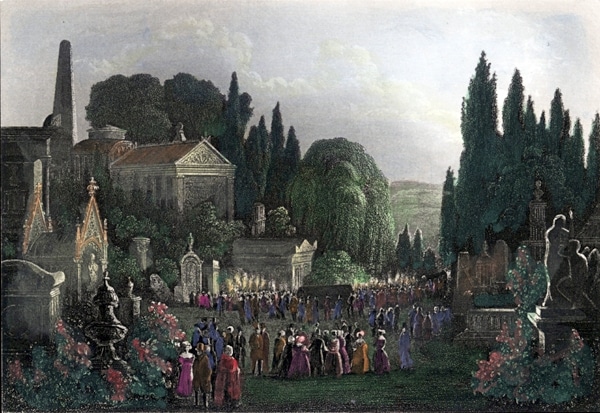 It is doubly appropriate that we end our e-tour of Paris’s monuments with a monument of monuments—one that is literally the end of the line for many!

1 – A Cemetery Too Close to the Paris Food Market

In the 1780s the rotting corpses buried for centuries in central Paris—especially at le Cimetière des Saints Innocents, directly adjacent to Les Halles, the central food market of Paris —finally became too much (the muck, the stench), which prompted the government to ban any further burials within city limits.

Twenty years later, Père Lachaise—now one of the most visited sites in Paris—opened for business.

But because it was so far out of town back then (in nowheresville), no one wanted to be buried there.

A clever marketing campaign that included moving Molière’s body and those of two medieval star-crossed lovers (Pierre Abélard and Héloïse), however, helped its popularity.

Today the cemetery, containing over 200 years of fabled Parisians is the only real museum in the 20th arrondissement—and a beautiful outdoor one at that.