The Monuments of Paris – Le Louvre 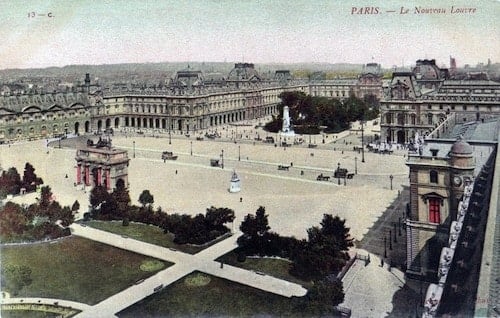 On our way to Notre Dame from Sacré-Coeur we will make a quick stop in front of the Louvre—one of the oldest, largest galleries on the planet—just to get some background history.

The Louvre Museum in Paris

The Louvre Timeline – From Fortress to Museum

1190: The Louvre—a fortress—is built on the western edge of Paris (the largest city in Europe at the time).

1699: The first exhibition of art is held in the Grande Galerie.

1793: The revolutionaries create a public museum in the Louvre displaying art (gathered from the royal family and aristocrats who fled).

1798: The museum gains acquisitions through Napoleon’s conquests and is later renamed Musée Napoléon.

1815: Napoleon is defeated, conquered nations take back their art, the museum is temporarily disbanded.

1939: As World War II threatens, all but the heaviest items are packed up and hidden in the countryside.

2015: A branch of the Louvre, designed by Jean Nouvel, is scheduled to open on Saadiyat Island (Island of Happiness) in Abu Dhabi. 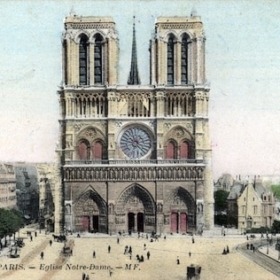 The Monuments of Paris – Notre Dame