The Monuments of Paris – La Madeleine 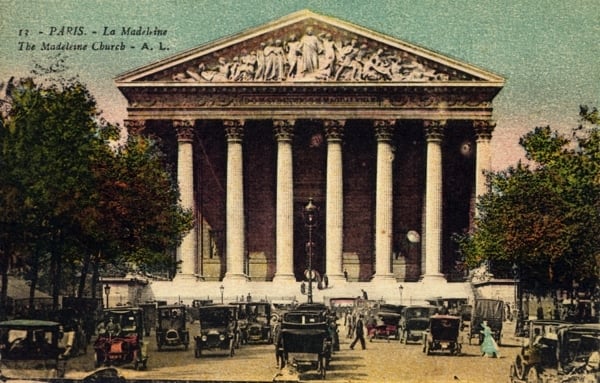 Turning north off the Place de la Concorde (onto the rue Royal) we soon come to an ancient Roman-temple-ish church that often plays host to Paris’s most fashionable weddings.

This Neoclassical building was originally designed to be a temple to celebrate “the glory of the great army” (Napoléon’s army, Napoléon’s words), but it was not the first house of worship to sit on this site.

Back in 1182 there was a synagogue here that was seized by 15-year-old King Philip II (after he banished all Jews from France), which was then “converted” by Bishop Maurice de Sully into a church dedicated to Mary Magdalene.

But between seizure of synagogues and Napoléon’s temple, there were many plans for the site.

Louis XV wanted a church like that of Les Invalides, but that ended with the architect’s death.

The next designer started to build a domed church like the Pantheon in Rome, but revolutionaries—who thought a library, ballroom or market would be more useful—put an end to that.

Even after Napoléon, when Louis XVIII again decided it would be a church dedicated to St. Mary Magdalene, there was brief talk (in 1837) of using the building as the first train station in Paris! 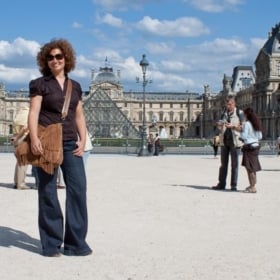