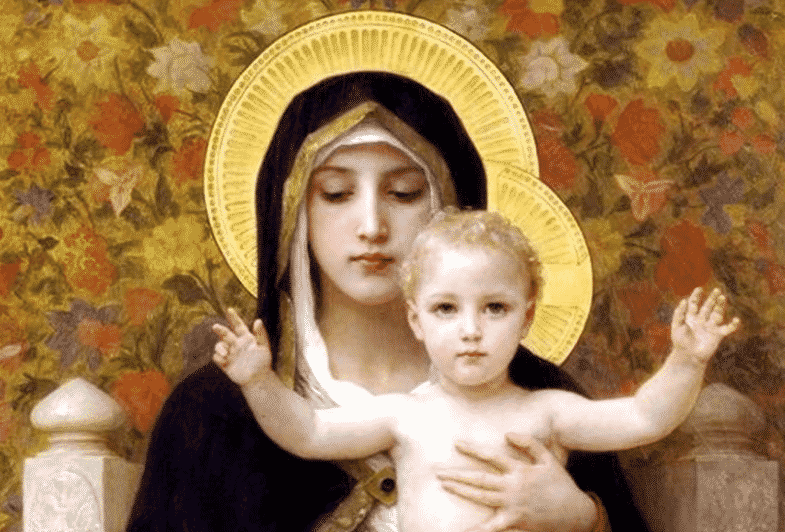 My enunciated recording of the Catholic mass is so popular that I thought I’d record the “Je vous Salue Marie” (“Hail Mary” in French) prayer as well.

Here is the audio recording of the Hail Mary Prayer in French. I first recorded it at a normal speed and then, recorded it at a slower, much more enunciated speed so you can train on repeating after me.

I salute you Mary, full of grace:
Our Lord is with you.
You are blessed among all women and Jesus,
the fruit of your womb, is blessed.
Holy Mary, Mother of God,
pray for us  poor sinners,
now and at the hour of our death.
Amen.

Now, here is the prayer recorded slow enough so you can repeat after me to train on your pronunciation:

(The  picture illustrating this article is one of my favorites of Mary and Jesus. It’s called “La Madonne aux Lys”, by William-Adolphe Bouguereau, 1899).

Far from me to proselytize, but my recording of the French Catholic mass might also interest you, as well as the typical celebrations of Holidays in France. 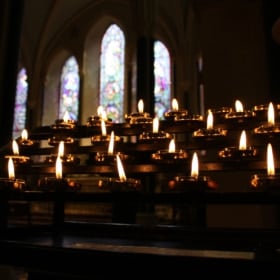