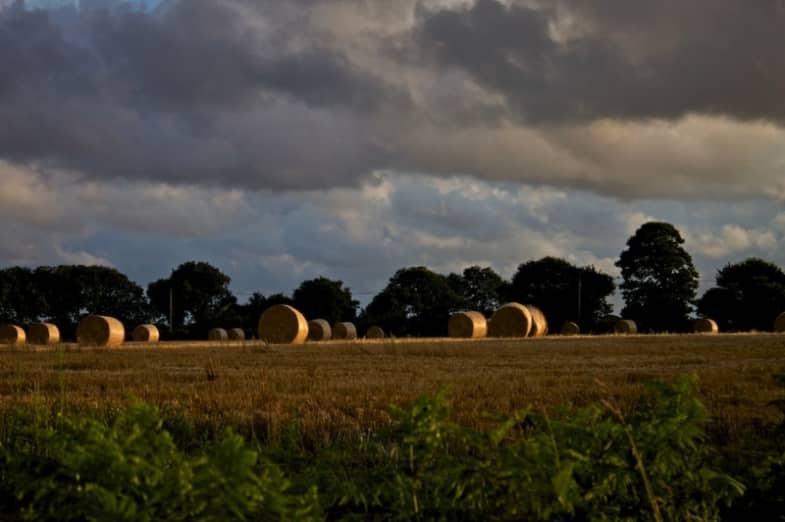 Frank is one of my French students by Skype and in this article, he’s sharing with us true anecdotes of his visit to France. I love his style and humor and he has good tips for anybody who plans on going there one day!

Why exactly had we packed six bags for two weeks in France?

That was the big question my wife and I were pondering in the taxi queue just outside Paris’ Charles de Gaulle airport, when a beat-up, rather small, yellow vehicle slammed to a skidding halt in front of us.  The taxi looked as if it had been one of those used to drive car loads of troops to the Battle of the Marne in WWI, rather than the spotless Mercedes of French folklore.

The driver though was very helpful:  first he helped our six bags into his trunk and back seat, then, as I was paying my tab at the other end of our brief journey, he helped himself permanently to one of our bags, tearing off in a noisy burst of exhaust fumes that drowned out my screams of protest…

But every taxi ride has a silver lining: now we had only five bags to lug around France, and the gentleman thief nobly had not charged us for hauling the bag that he had stolen.  There’s also a message here.  Always get a receipt denoting the number of bags and containing the number of the taxi.  That makes later retrieval of “lost” items at least possible.

Smartphones and cameras attract the light fingered the way foie gras attracts the bon vivant.  Beware the helpful, smiling Frenchman offering to take your picture with your companion in front of the Tour Eiffel, for a souvenir d’amour. While he is posing the perfect shot, some dastardly person runs by and rips the camera from his hands.  “Don’t fret”, he assures you, “I’ll catch the thief”.  And, of course, you never see either again.

From the gendarme you are likely to get no more than a smile and a shrug.  This most common of scams, we managed to dodge.

3 – French Toilet – Not a Scam but a Serious Warning!

Be wary of the French public toilets.  They can be diabolical.

Anxious to stick my finger in France’s eye for our recent theft, I pushed my wife as a pawn across my chess board of revenge and right into a public toilet — after I had used it first.

Since I had already dropped in some monnaie for myself, why, I pondered, should I also have to pay for my wife?  She could simply slip into the privy on my Euro. So I held the door, she entered, the door locked, then came panicky screams of “I’m being sanitized!”

Moments later, my rather perturbed wife came out dripping wet with some mixture of soap and disinfectant oozing from her clothes.  Little did I know, but quickly did I discover, that the door locked between uses, as the walls, ceiling, floor, and any occupants were washed down with a cleansing solution not recommended for human exposure.

Ah, if only I had listened to my dear teachers’ Essential French Dialogues audiobook… I would have been warned against this kind of French misadventures…

We boarded the train that we thought was heading for our destination in Carentan, and then we encountered a new enigma: the starving gypsy.

Loaded with a baby, rented for the day from a fellow conspirator, and carrying a bunch of ancient newspapers for sale, she walked, half pleading and crying into our compartment.  No manner of civil conversation could deter this attack beggar.  Our only recourse to rid ourselves of this pesky fly, was to shout for the gendarme “partez ou j’appelle la police”!  With a wave of her middle finger, she beat a hasty retreat yelling at the tiny co-conspirator in her arms for not being a sufficiently endearing mark.

Snuggled amidst our overstuffed luggage, we began to relax, as images of sanitizing fluid, gypsies, and light fingered taxi drivers, faded from our minds.

We absorbed the beautiful French countryside flying past our train windows:  lush green meadows, ancient farms, roundballers of hay.  This was France in all its natural wonder.

We pulled into our station on a late Friday afternoon and casually observed the French closing up their businesses as they exited into a work free décontracté weekend. The first words I had learned in French were chocolat chaud  and so I took advantage of this melodious doublet of lyrical sounds to order a rather petite version, though presented as grande…

This was my first introduction to the size differences between items in France as compared to les Etats-Unis.  Grand in France was not likely to be grand in the States.

We were to be picked up at the Carentan railroad station at 6 PM and driven to our gîte in the countryside, where we were to join six other students of the Deuxième Guerre Mondiale.

We strolled leisurely to the pick-up spot only to discover that rather than arriving well in advance of our pick up, we had been gored by a runaway bull from Pamplona!  At least that was the message sent from my gut to my brain. The sign over the train station was either very poorly spelled or we were nowhere near our destination.  We were not in Carentan, but Caen!

Our frantic movements became a blur as we ran with baggage in tow to a late closing car rental.

We made off with a tiny Renault, now over stuffed with luggage (you better plan on small suitcases since the standard American suitcase won’t fit in a French car’s trunk) a French mélange of driving directions swirling in my head.

We soon arrived at our home for the duration, an ancient but beautiful stone farmhouse nestled, we were to discover, in Carentan bocage country.  One sniff of my wife and none of my colleagues wondered why we were so late in arriving.

Truth may be stranger than fiction, but not always preferable, so I did not clarify the situation…