32 Ways Of Saying ‘How Are You’ in French (& Audio Pronunciation)

Learn many formal and informal ways of asking and answering “how are you” in French. Play the audio to memorize the correct French pronunciation and enjoy the many cultural tips.

Politeness is an important part of everyday interactions. Understanding the many informal and formal ways of saying ‘how are you’ in French, and what is culturally expected of you will certainly be useful.

When Do We Ask ‘How Are You’ in France?

I’d like to start this free French lesson with a cultural point. I lived in the US for 17 years. Over there, when entering a shop, or even at a cash register, it is not unusual for the attendant to greet their customers with an informal ‘how are you today ?’

This is not at all the case in France. In France, if you asked ‘how are you ?’ to a person you don’t know, they would be extremely surprised.

We typically only ask ‘how are you ?’ to people we are acquainted with. Not to shopkeeper, not to people you just cross path with, even if you see them often.

Now let’s see the different ways of asking ‘how are you’ in French.

5 Classical Ways To Ask ‘How Are You’ in French

“Comment Allez-vous” is a very common way to ask ‘how are you’ in French. It’s also what you are likely to have learned in school.
It uses the vous form, so could be used with a person you are being formal with, or a group of people. Watch out for the strong liaison between the final “t” of “comment” and the “a” of “allez”.

Asking “Comment vas-tu ?” is also very common in France nowadays.
It uses the same question form as “comment allez-vous”, called inversion in French, but using “tu” instead of “vous”.
The language register is still quite formal, even though you are using “tu”.

“Comment ça-va ?” is in the same line, using inversion.
This is a more general way of saying ‘how are you’ in French. More like ‘how are things’ rather than ‘how are you’.

“Ça va ?” is the short form of “comment ça-va”. The “comment” is implied.
“Ça va ?” is convenient because it can be used as a question and as an answer: you just change the tone for the answer: “Ça va ?”.
The language register is casual. I’d say the English equivalent would be “you’re OK?”.
Note: we use “Ça va ?” also when we suspect someone can be physically or emotionally distressed. So, to check on someone.

What does “sa va” mean in French?

Used in texting to avoid the typing the inconvenient ‘ç’, “sa va” is making an appearance in the French language world. It may be OK if you’re texting or a French teen… Otherwise, I strongly suggest you stay away from it. In my humble opinion, it’s still better to type “ca va” than “sa va”…

This info may be useful to you.

Care to add more? Leave me a comment and I’ll add it to the article.

11 Ways of Asking ‘How Is X Doing’ In French

If you didn’t want to ask specifically ‘how are YOU’ but rather ‘how is she’, ‘how are they’ etc… you’d have to be careful to use the verb “aller” in French.

Watch Out! Use Aller, Not Être With These ‘How Are You’ in French.

With the expressions above, we don’t use the verb to be in French. We use to go: “aller”.

So whether you’re asking ‘how are you’ or ‘how are they’, you’re going to be using one conjugation of aller. In the present indicative: je vais, tu vas, il va, nous allons, vous allez, ils vont. And apply the rules of inversion.

How To Say ‘How Are Things ?’ in French

This may come as a surprise to some students of French, but you can also use these constructions to ask ‘how are things’ in French… So you could ask about impersonal things like work, or a part of your body that was hurting…

And then of course, we have expressions which may not use “aller”.

4 Slang Expressions To Say ‘How Are You’ in French

There are many expressions to ask ‘how are you’ in French. You need to understand them, but I’d be careful about using them… Expressions are more or less trendy.

My Dad may ask “ça gaze ?” and you may hear it in a movie from the seventies… It’s only used today in a sort of tongue in cheek way.

Pretty much all these expressions belong to the casual slang register and mean ‘are things OK?’. They can be used as a a question and an answer.

Alors si tout roule, on continue…
So if it’s all dandy, let’s carry on…

11 Ways of Casually Asking ‘How Are You Doing?’ in French

It’s very common nowadays to ask ‘how are you doing’ using… well, an answer really… Sort of asking ‘you’re OK?’ instead of ‘are you OK?’. But in French, we take it to the next step…

If you’ve studied how to ask questions in French, you know it’s very common in modern spoken French to just end a statement with a question tone, hence transforming this statement as a question. Well, we do that a lot in the context of asking ‘how are you?’ in French.

Here are a few common examples – they don’t translate exactly as ‘how are you’ but convey the same feeling, and may be used instead of ‘how are you’ in France.

If you wanted to check on somebody’s health or state of mind, you could ask:

More about being sick in France.

Now let’s see a neat expression to ask “what’s up” in French. 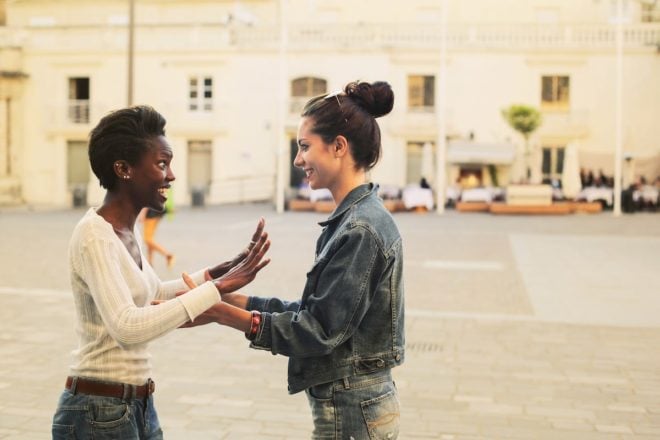 To ask ‘what’s up?’ in French we say “Quoi de neuf”. Make sure you play the audio recording to listen to the glided pronunciation. This is obviously informal, and we use it a lot nowadays.

Answering ‘How Are You’ in French

There are so many ways to answer ‘how are you in French’ – formal and informal answers, but also a few cultural differences.

Can you imagine a situation when you ask someone ‘how are you?’ and s/he answers ‘great!’ and doesn’t ask you how you are?
How rude!!

Unfortunately, students of French are so accustomed to being ‘fed’ all the questions that they don’t usually ask questions themselves… And their fear of speaking French may be be seen as being rude.

So, when asking ‘how are you?’ in France, start with a quick round of informal “ça va?”… Just to make sure everybody is OK.

Then, engage the conversation more specifically – ask how something specific is doing: “et ta fille, ça va mieux ?” (Is your daughter doing better?). You may at this point be interested in my article on French conversation starters.

So let’s see some common formal and informal way of answering ‘how are you?’ in French.

13 Ways to answer ‘how are you’ in French

Then you may want to hint in your answer that you’d like to share more… That you have something on your mind… Whether it’s negative or positive, these answer would prompt your interlocutor to ask for more .

If someone says that to you, you’re suppose to ask for more. You need to go beyond ‘how are you’.

Beyond ‘how are you?’

To ask someone to explain why they are doing poorly or great, we have one very useful expression.

Make sure you play the audio since that expression is pretty glided in modern spoken French.

The best way to learn all these nuances and expressions is to learn them within the context of a realistic story.

What about you? “Comment ça va aujourd’hui ?”
Leave me an answer in French in the comment section below!