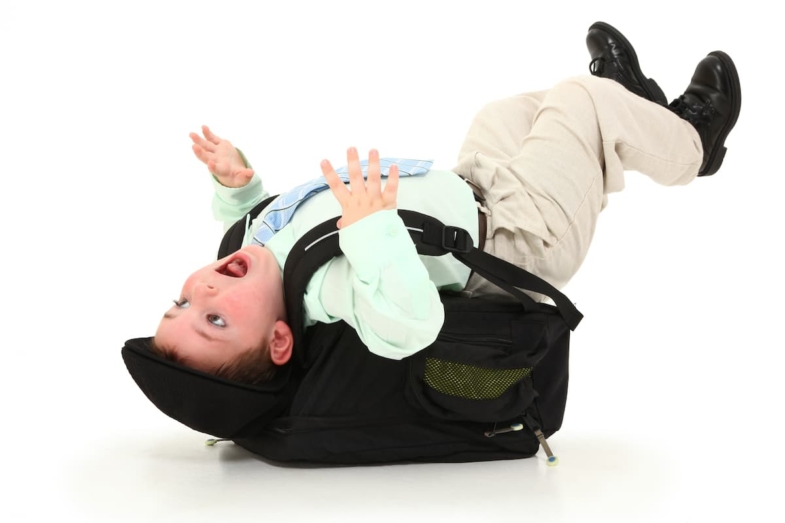 Pourquoi Paul est-il à l’envers ? Study the rules of inversion in French, understand when we use inversion to ask questions and how to avoid it.

Inversion in French is a way to ask a question: you invert the typical subject verb order.

Inversion is still very much used in formal French, so even though you may be able to avoid using it yourself if you use a more modern French kind of speech, you absolutely need to understand it… and understand it when spoken fast!

1. Rules of inversion in French

Inversion in French is a very popular subject in French tests... So if you are studying French to pass French exams, I suggest you spend time reviewing these rules!

2 – No inversion in French with je

It’s rather rare to ask yourself a question out loud… However it might happen if you ask someone else what you should do. In this case use “est-ce que”, or the street French way.

Inversion with “je” is impossible with most verbs. You cannot say “à qui téléphone-je” or “que pense-je ?”…

However, it is possible with a few verbs:

But it is extremely formal and a bit outdated. Actually, since this is complex subject, I wrote a whole article about French inversion with je.

Inversion with “tu”, “nous” and “vous” is rather simple. Just invert the verb and the subject pronoun, and add an hyphen.

4 – Inversion in French with ils and elles

Inversion with “ils” and “elles” is simple as well. Do the same as the rule above but do pronounce the final T of your verb in liaison.

All French verbs in any tense will end on a T in the ils/elles form. No exception (it’s rare to be able to say that in French!!)

5 – French inversion with il, elle – singular – and on

For some reason, inversion demands that you hear a T sound between the verb and these French pronouns. So…

When your verb ends in T or D (which makes a liaison in T), no problem, just invert the verb and the pronoun.

When your verb ends in a vowel (all the regular -ER verbs… il mange, elle regarde…) but also some of the irregular verbs, like avoir (il a), aller (il va) etc… you have no T….
The solution? We just add one :-)

So, no matter the way you write it, when you say it, for il, elle, on, ils, elles you will always hear “teel, tel, ton” with the inversion method.

The many ways of asking questions in French, as well as French question words, inversion etc… are explained in depth with exercises and audio, and then illustrated within the story of my intermediate French learning method.

6 – Inversion in French when you have several verbs

Usually, when you have several verbs and want to use inversion (like in infinitive constructions or compound tenses – passé-composé etc…), the inverted pronoun goes after the conjugated verb, or the auxiliary verb (être or avoir – used to form different tenses in French).

7 – Using inversion in French with names

Sometimes, you need to specify who does the action, you cannot only use a French pronoun. Like in: Where does Paul live?

In French, it becomes a bit complicated to use inversion in this case…

Put your subject’s name just before your verb, then do the inversion with the pronoun. The pronoun has no value, it’s just there to form the question, to be grammatically correct.

Here, I would probably use the colloquial modern French way to ask the question, since it’s so much simpler.

For French reflexive verbs, inversion goes a bit like with name subject : the first pronoun will go before the verb, the second one after.

Pourquoi se maquille-t-elle tellement ?
Why is she wearing so much makeup?

Inversion can also be a stylistic form in the formal French register, with no interrogative meaning whatsoever. You will find it mostly in literature, during a dialogue.

She asked with a solemn look:
– “But at what time are they getting here exactly?”
– “I don’t know”, he nervously answered.

The “répondit-il” is not a question. It’s just “pretty” French writing. And the tense is “passé simple”, same as “demanda”, a tense we only use in literature… Oh, the joys of studying French… 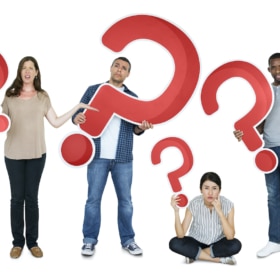 40 French Question Words + How to Ask Questions in French