📅 How to Translate Next + Date in French? 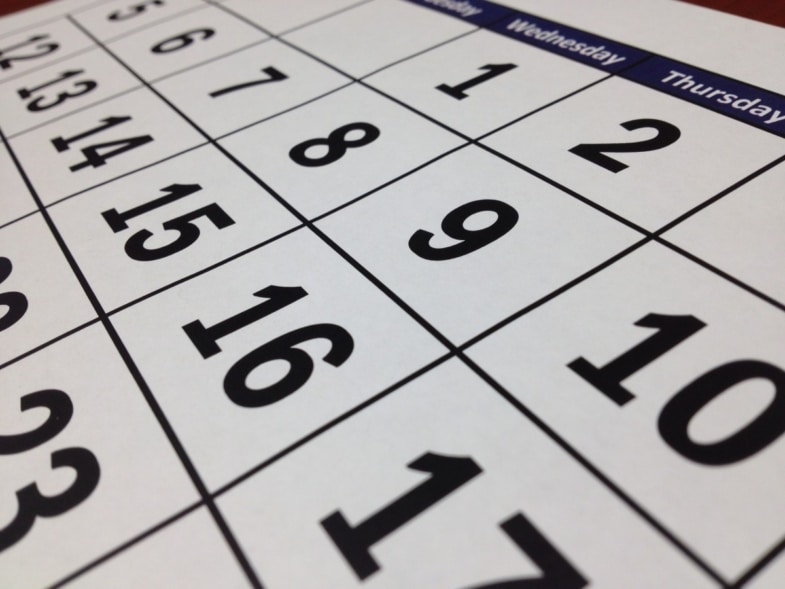 Translating something as easy as “next Thursday” can turn to a nightmare in French. Learn the different French expressions to express the notion of next + date in French, and find out the least confusing way to make plans in French!

Before starting this lesson, I suggest you first review how to say the date in French.

Let’s start by a reminder: a French week starts on Monday (not Sunday as in some other countries). It may be important to understand my examples below…

Table of Contents
1 – The Notion of “Next” in a date context in French
2 – La semaine prochaine = next week in French
3 – La prochaine semaine = the following week in French
4 – Jeudi de la semaine prochaine = Thursday of next week in French
5 – Thursday of this week
À Moi Paris Method - Advanced
6 – Jeudi prochain = next Thursday… or this coming Thursday… Confusing to the French too!
7 – A weird French date expression: Jeudi en huit = next Thursday
8 – Even weirder French expression: Jeudi en quinze = Thursday in two weeks
9 – In French, fifteen is not always fifteen
10 – The Solution

1 – The Notion of “Next” in a date context in French

We have may expressions in French to refer to an event… And some are confusing to foreigners and the French alike!!

This one is pretty straightforward. Next week is not this week, it’s the one after the current one.

Notice how “prochaine” has changed place. Now, with “prochaine” before “semaine”, you are saying ‘the following week’. This is used mostly in indirect speech, not during a live dialogue but when you are retelling a story to someone.

No problem there either. You are clearly talking about the Thursday of next week. No matter what day of the week it is now.

5 – Thursday of this week

That’s where the troubles begin!

Let’s say today is Monday and you want to make plans with your friends this coming Thursday – Thursday of this very week.

In French, you may say:

Now let’s change the date: let’s say that today is Friday… If you said “ce jeudi”, or “jeudi de cette semaine”, you’d be referring to a PAST event: actually, the day before since today is Friday… Subtle, right?

So, if today is Friday, when someone says “ce jeudi”, it can be confusing: they may be talking about this past Thursday, or the one coming up…

Play particular attention to the tense they used, it’s the key:

6 – Jeudi prochain = next Thursday… or this coming Thursday… Confusing to the French too!

And the problem worsen with “jeudi prochain”.

French language forums go on and on about it! It’s hilarious! And everyone is convinced their way is the only possible way, and try to prove why it is logical.

But wait, it even gets worse…

This is an old-fashioned expression, but many people still use it.

Eight days from now, including today, so seven plus one for today… really, in a week.

It kind of makes sense if the day you are saying “Jeudi en huit” is a Thursday.
Then, it’s kind of clear, it’s Thursday in a week… So next Thursday.

But people also use it from another day…

What does that mean exactly? 4 + 7 or 8 days from now? Or the Thursday coming up this week?

Nobody knows for sure…

Why not make the matters worse and go over 15 days now? I promise it is a French expression! So confusing…

So it’s supposed to mean in 2 weeks… Except that as far as I know, a week is seven days… So why fifteen? Because you are counting today as a full day as well…

I won’t even start debating the maths there… especially if you are using this expression on another day than a Thursday!!

9 – In French, fifteen is not always fifteen

So it’s common to use a very precise number: fifteen, but to actually mean anything between… ten to ? Eighteen ?

Dans quinze jours, je pars en vacances: in two weeks (more or less), I’m going on vacation.
The assumption in this context is that, for most people, your work week will end on a Friday afternoon so that’s when your vacations will start.

If you are not 100% sure of the exact date the speaker actually refers to or just to double check, ask:

And don’t feel bad you didn’t get it the first time around! As I said this is confusing even to the French! 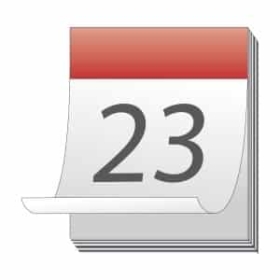