Have you ever consider taking official French tests or enrolling in a language school to improve your French? If you did, I hope you had a good time. Many people don’t. So, what’s wrong with the system?

Many schools have specialized in French language instruction. There are big names which dominate the French learning market: you’ll find at least one of these schools in each large city. They offer “small” groups, promise a French immersion experience, great progress and will even give you a pretty diploma at the end of your stay.

One of my follower, Michael G., stayed in such a school in October 2019. He and I had a long heartfelt conversation about his experience.

He writes: “I had signed up for a 4 week intensive (25 hours per week) course in French. I was in both an A2 and a B1 class. I found myself looking at the clock on my cell phone more and more frequently as each day passed, hoping the class would be over soon and seeing how many minutes more I had to endure.
Finally, yesterday, I had a teacher who got in front of the class and chattered away in French so fast for the first two hours with me understanding almost nothing that I really wanted to leave. I kept looking at the door hoping I could go through it soon. After two hours I left during the break and did not go back for the last hour.
I also decided, as I walked in Paris after leaving the class, that I was just so miserable at [] that I would not go back.”

I shared Michael’s experience in one of my newsletter and got an overwhelming number of responses from people saying that had pretty much the same experience. So I thought I’d write an article about it, share some of the comments, and brainstorm about the problem.

Why do large schools still teach French this way? Why are official French tests so hard? Here are some answers, thoughts, hypothesis… And tips to study French the smart way.

Why Do French Language Schools Teach French in French?

It’s been a long tradition to teach French in French to foreigners. I personally find this completely inappropriate, especially for beginners and low intermediate French students…

One may argue that’s how French children learn French. OK, but children start by spending two plus years absorbing French before they start uttering a few words. And then their parents ADAPT TO THEIR LEVEL : you don’t speak to a toddler the way you speak to an adult.

Finally, most students only have a couple of weeks to spend in a school.

My hypothesis: money. If you are teaching in French, then you can have different native language students in the same group. And therefore fill up your classes and make more money.

Same goes with books: if the books you use to teach French are in French, then you can sell the same book to a Japanese student, to an American, to a German…

Michael writes: “The fake “immersion” the schools are doing is a total game, a joke, and the students (like me) are the ones on whom the joke is played.”

After I shared Michael G’s thoughts in my French newsletter, another follower (another Michael!) Michael McP. wrote: “[Name of French language school] requires the affiliated schools to follow a strict immersion method using ONLY the books that [Name of school] allows.
These books serve to discourage and confuse most all English speaking students.
In addition, the Board and officers of this organization are almost 100% French people…who cannot or will not acknowledge the needs of English speaking learners.
For these reasons, [Name of school] in Indianapolis is losing most members and unable to promote French in our area.
The solution is simple. Let the target speakers (English-Americans) control the board, and select both the materials and the style of teaching that is most effective.
Ironic that the organization that claims in their mission statements to advance the language and culture of the French, are in fact discouraging so many of us.”

I think Michael McP. has a very good point. So many French methods are written by French scholars who don’t speak the students’ language. How then can they understand the students’ needs? How can they empathise and point out what is really difficult for these students to grasp? 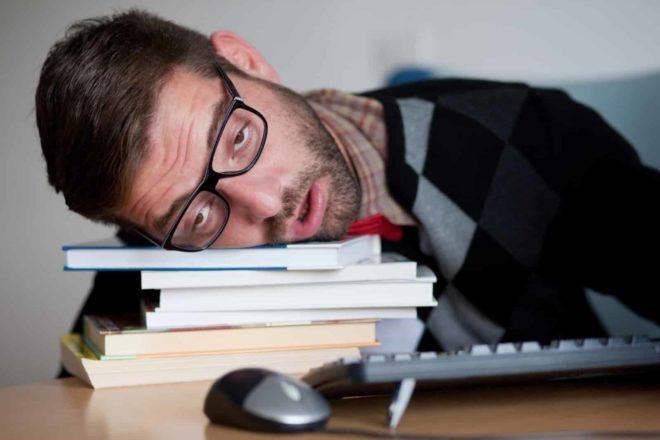 The Tyranny of the French Curriculum

Michael G. writes: ” The problem is that the teachers chatter away in French in front of the class much like they would be talking to their friend on the phone. They talk much too quickly, often without really pronouncing words well, and I often could not understand more than 25% of what they were saying, sometimes less.”

In a group class, you cannot perfectly adapt the way you speak to each student. Many students in group class took a written French placement test.

As a result of that test they were placed in, let’s say, a B2 class when really they are B2 in writing/reading, but a much lower level in speaking/ understanding. If you know French Today’s method, you know how much I insist on the differences between spoken and written French.

In a group setting, there is unfortunately very little time for individual attention. Michael writes: “[the teacher] told me that I should tell the teachers to slow down or repeat something. That works fine if I am the only student or just one of two or three. But if I am the only student in a class of 14 who is always asking the teacher to slow down/repeat, it really is uncomfortable.”

Even adult students feel group pressure. Nobody complains, so everybody thinks the others are happy and understand the teacher, and each one is left with a terrible feeling of failure.

And even if students complained, the poor teacher has a curriculum to cover. S/he cannot adapt to the class because at the end of your stay, the school as promised a little piece of paper that says that you completed “B1” – whether you understood and really mastered “B1” is not the priority here.

I call this the curriculum tyranny.

Many teachers are passionate about their jobs, and would dream to be able to adapt to the class, go slower or sometimes go faster. But they cannot because they have to follow a strict curriculum which is imposed by the official tests, and therefore followed by the schools. Even adult education…

Wouldn’t it be great to join a class where the teacher asked: “what do you really want to master in French this year?” and then concentrated on that?

The “French As A Foreign Language” Farce

Sometimes, when I look at the official tests, I wonder: “would most French people pass C2 ?”
To me the answer is clearly no.

(C2 being the level for proficiency according to the Common European Framework of Reference for Languages (CEFR) – the international standard for describing language ability. Side note: you should follow this link just to see the language used to EXPLAIN what CEFR is… I can’t stop laughing… and hitting my head…

Official tests test French… the way they would test French for an elite of upscale, highly educated French natives!

French as a “foreign” language is a farce and no one seems to care that you are a foreigner, that you’ve forgotten the grammar you may have learned in school, or that many students are adults who would like to have fun in the process.

I took the matter in my own hands and have designed a series of free French quizzes especially made to challenge your modern French comprehension: French like it is spoken in France today. Check them out!

Because of these tests and language level standards, teachers can’t take the time to explain (and repeat) what students really need to understand: such as French grammatical terms and as a result, the teachers essentially speak two “foreign” languages in class:

Let’s look at this as if you were trying to learn how to run… It’s not because you explain briefly to a person how to precisely place your foot to run that they can suddenly run a marathon (especially so when the instructions are given in a foreign language!).

Theory alone doesn’t work. You need to practice at a level that is right for you and allow time to develop muscles, endurance, etc… As I always say: “repetition is the key”.

Being a Smart Student

If you need to pass official French tests, then you should follow the norm… There is no way around it! And the large language schools are probably the best way to prepare you efficiently for these tests.

However, if what you want is to be able to communicate in French, or if you are learning French for yourself, for your own pleasure, maybe to travel to France… Then I would suggest you try alternatives such as immersions at a French teachers’ house, or private lessons by Skype. With the internet, there are also many resources to learn French for free.

Personally, I decided to rebel against the system… My À Moi Paris French learning method doesn’t follow the CEFR standard because I strongly feel the standard is not adapted to most English speakers’ goal.

I explain the French language rules using English. And before digging into French, I explain the English grammar so my students can understand the said rules.

Then I provide lots of level-adapted stories and record them at several levels of enunciation to prepare my students to understand both traditional and modern French. The method is very gradual, and relies on students doing a lot of repetitions. I use only the present tense for a long time: there is more to French than memorising tenses!

There will always be language geniuses who thrive in group style teaching. Good for them. To each his own. But if you are feeling let-down by the system, if you’re feeling stuck in the beginner case forever, know that you are not alone, and that there are better, smarter ways to enjoy French learning and progress.

As a start, I encourage you to read my article on how to learn French efficiently.

Feel free to share your own experience in the comments below. I’d love to read what you think!