Back to French Grammar

Understanding The French Subject Pronoun On 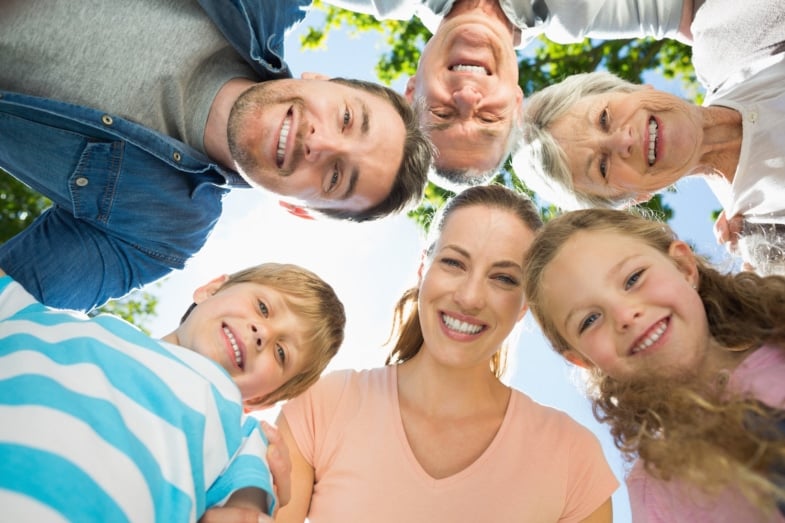 The use of “On” may be the most blatant difference between traditional French and modern spoken French… “On” means “we” in modern French, and we use it all the time as such. However, “on” could mean so much more: “one”, “people”… but also “someone”, “you”, “they” and even “he, she” and “I”…

The key to understanding “on” is to rely on the context. Most of the time, you won’t hear the “on”  – since it’s a short nasal sound. So you need to guess the presence of “on” more than rely on your ear, and go with the flow…

Today I’ll go over the many meanings of the impersonal French subject pronoun “on”, I’ll explain what happens with “on” and adjectives, and give you many examples.

The French subject pronoun “On” is not very easy to explain because it translates in many different ways in English.

In today’s French “On” mostly means “we”, and if you have to remember one thing from this lesson, this is it: on means we, and it always takes a “il” verb form.

However, “on”could also mean “one” (it’s the traditional translation for the French “on”), and in the right context, it may also mean “people”, “they” even “I, you, he or she…”. It is often used in French where English would prefer the use of a passive construction.

The good news about “on” however is that you don’t have to use it. You can stick with “nous” or the other French subject pronouns if it’s easier for you.

I know it’s unlikely that you learned this in school, because it is a relatively new thing.

And it is informal French, modern French, stuff that school and traditional French methods tend to ignore, or are reluctant to teach.

However nowadays, “on” is almost always used instead of “nous”. And you need to master “on” if you want to understand the French when they speak.

So, let me use “on” in some simple sentences, to describe my life.

“On” is used all the time in modern French. Not only in slang French, not only by French teenagers… I’m 44, and I use “on” all the time (see the paragraph below when I answer the question: “should French students use on”?)

“Nous” is nowadays mostly used in formal writing, or by French politicians and TV hosts, when you want to sound particularly “well educated” and are watching your language, and in formal situations.

3 – On is the Impersonal French Subject Pronoun for One

This is what you probably learned in your traditional French book. And it’s not wrong. Traditionally, “on” means “one”.

However, when was the last time you used “one” in English? Heck, I am even having a hard time coming up with an example here!

In the same spirit, “on” can be used instead of someone:

5 – On Means People in General

So, still in this impersonal idea “on” may be translated as “people”.

6 – On is Used Instead of the Passive Voice

“On” is often used in French where English would used a passive voice. Again, the subject is not clear: it’s a person, but no-one in particular.

Here are some examples:

“On” replaces a person, or an action made by a person. A non-specific person maybe, but still a person. It doesn’t replace a thing or an idea. So “on” doesn’t translate into “it” in English.

8 – Common Mistake to Avoid With the French Subject Pronoun “On” 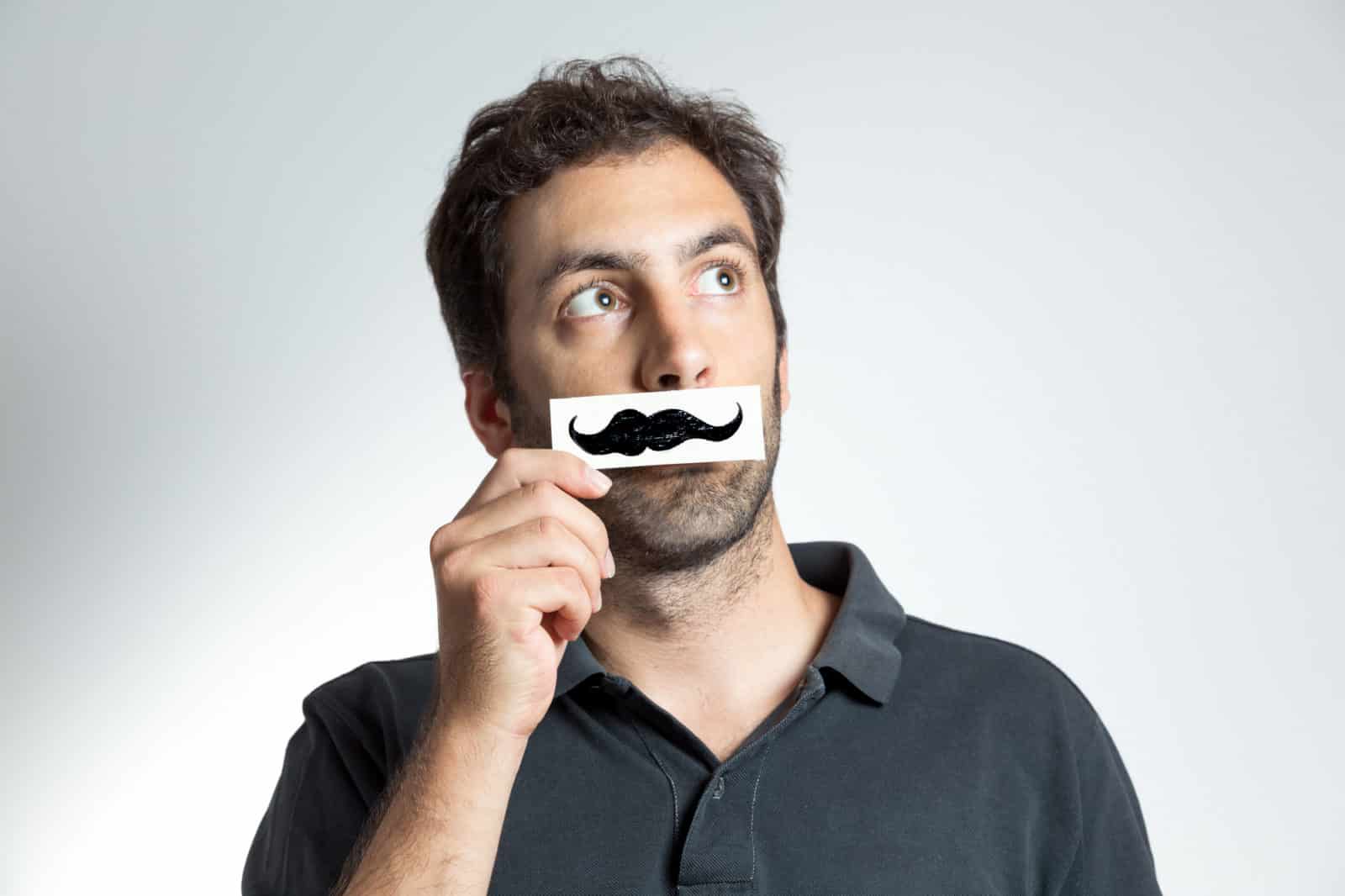 9 – Adjective Agreements For On

Ok, so the verb is an “il” form. What about the agreement of the French adjective?

Well, that is where things get complicated. The only thing that matters here is the context. You need to think about what “on” means, who it replaces. Then make the adjective agree with this meaning.

So, one could imagine making the adjective agreeing with “on” in a general meaning feminine, just so it connects more to your audience…

10 – How to Pronounce On in French

So “on” is a nasal sound: your lips are rounded and almost closed, in a “o” shape, and you block the air so it resonates in your nasal cavities. You may train on this French sound with audio in my Secrets of French Pronunciation Audio Lesson.

This is simple enough. Or is it?

Which brings us to my next point…

Here is a mistake I make all the time in French… It’s the “your” and “you’re” of French… Say these 2 sentences out loud for me:

If you said it correctly, you should have made a liaison in N for the affirmative sentence (on est = on nay), which results in exactly the same pronunciation as the negative sentence (on n’est = on nay). You see the problem now. So watch out and don’t forget your N’ when you write it down, and look for the “pas” (or another French negative word) to know your sentence is in the negative!

Don’t be surprised if you see “on est pas” written down: as I said, it’s a common typo (dropping a “silent” ne or n’ is also common in French texting and really informal/slang writing – but I bet your French teacher won’t like it a bit!)

You will often find in written French a L’ before the on = l’on.

The L’ means nothing at all. How confusing for the students!

We just add an L’ to make it sound better, to avoid a clash of vowels. This addition of an L’ is quite old-fashioned, mostly found in written French nowadays.

However, we wouldn’t use L’ before a verb starting with an L: “l’on lit souvent” sounds funny… So we’d prefer writing “on lit souvent”.

Same logic after “dont”: “dont l’on parle” doesn’t sound good, so we prefer to make the liaison with the t “dont on parle”.

So, to recap, l’on versus on is not a clear science. It’s a question of what sounds better to our French ear. French people don’t agree about it., so it’s highly subjective. And it’s not compulsory anyway…

I’m sorry to be vulgar here, but there is just no way around it. You may be familiar with the French word “con” (dumbass, asshole etc…). The problem is that “qu’on” and “con” are pronounced the same way. So, the French like to insert a L’ before “on”, just so it sounds better.

Now, in modern French, we tend to use “qu’on” more and more often, and we are fine with the sound of it.

Now if you are a beginner French student, I suggest you skip the part between the “====”  because what comes next may confuse you more than anything else.  Skip it and go to the end of this article where I answer the question “should a student of French use on” ?

14 – To Take Things Further About On

I’d like to venture into the atypical translations of “on”. Be careful I listed them here because I would like to be thorough in my explanation of “on”, and its many, many possible translations into English.

But if translating “on” into “I” in English may work from time to time, it doesn’t mean that you may be able to use it this way yourself! Some of the translations below are a bit iffy, they don’t follow strict grammar rules.

So, I list them here for you to understand the French when they use “on” this way, not for you to use it like that when you speak French.

You can easily imagine someone saying:

You’d need to see this in context for it to make sense: the tone of the voice would be important, but it is possible and “on” is often used this way.

I’m not talking about “you” as the person standing in front of me. I’m talking about a “you” used in a general meaning, more as in “people”, or “one”, but actually like we would use it today…

Imagine you are talking to a little girl. It’s unlikely you’d say: “when one is sick, one is tired”… you may say “when people are sick, people are tired”, or even “when you’re sick, you’re tired”: talking about her but also the everybody else: a general truth. In French, you’d use “on” there.

But you could also imagine “on” being used for one person in particular. It’s kind of an emphasis, a way to “mock” someone.

Again, here, the context, and the tone are the key. I’m not saying “on” typically translates into a specific “you”, but it’s possible…

We’ve already seen that “on” could replace people in general. It’s not a big stretch to say that in the same logic, it could replace “they”.

I’ll take the same example as I did above 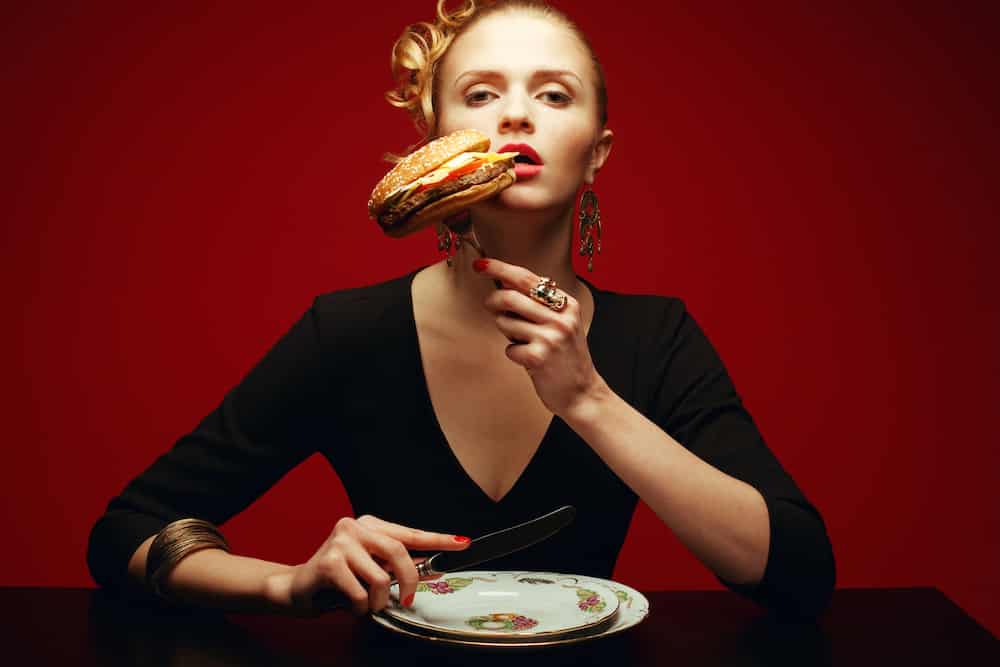 Now, in French restaurants and boutiques, you’ll often hear people use “on” instead of “you”.

OK, so this way of speaking is a bit low class, and I don’t encourage you to use it – actually it’s not good grammar nor proper French, and you could make a big faux-pas if you were to use it. But some people speak like that, and in their mouth, it doesn’t sound weird. So you need to be able to understand it.

20 – On With Orders and Directions

On is commonly used in giving orders. It could then apply to a group, or one single person, be specific or not… It’s more of a way of speaking, a reaction to the situation.

Back on track with the “mainstream” points about “on”.

The use of “on” depends on your age, and level of “sophistication”… We all project an image of who we are / we we want to be when we speak. I’ll try to find an example: if in English you use “shall” and “whom” all the time, you may want to stick with “nous”: and there is nothing wrong about it.

Otherwise, use “on”for “nous”, or for “people (they), one, you in the general sense”, and when you’d use a passive voice in English.

Stay away from the other iffy yet possible translations of “on” for “je” or “him, her, you” as a specific person.

I myself use both “on” and “nous”. Most of the time, I’ll use “on”. But sometimes, I’ll break into a “nous”. Why? I don’t know: because it sounded better to me at that moment, because I’m feeling more “formal” at that time, because… “nous” exists, and it’s my right to use it :-) Don’t overthink it, French people will often use what first comes to mind, with no particular reason.

The best way to understand “on” and its many meanings in French is to train on hearing it being used. Check out French Today’s downloadable French audiobooks for all levels of French students: French Today’s bilingual novels are recorded at different speeds and enunciation, and focus on today’s modern glided pronunciation. And they use “on” a lot. 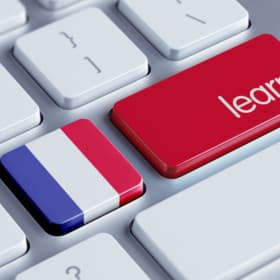