You all know that in French, even inanimate objects are feminine or masculine. But did you know some endings can tell you the gender of French nouns? In this blog post, I’ll go over the feminine endings.

Quick summary: most French words ending in E, a vowel + a double consonant, or ssion or tion are feminine.

Now making a list of French endings that show a French noun is feminine is not easy since there are so many exceptions!

So take this list with a grain of salt: it may help you when you hesitate, but the best way is still to memorize the gender with the noun when you learn it.

First, if you don’t understand how a table can be “feminine” in French, read this article: what does number and gender means in French?

1 – How To Memorize French Noun Genders

Memorizing the gender of common nouns in French is maybe the most difficult thing for English speakers. First of all because you don’t have such a concept in English (a sofa bed is neutral: it. Not she or he…), second of all because… there are no precise rules to follow in French.

This list may help, however I highly recommend making sure you memorize the gender of French nouns at the same time as you memorize the noun itself: the two info should be really learned as one in French.

So, for example, never make lists with columns “feminine” and “masculine” and just write the French noun in them. You should ALWAYS have a French article to show the gender of the noun, and learn the article and the noun together, as one piece of information.

Beware of the internet – never work with a list of French noun which doesn’t repeat the article. I can’t repeat this enough: you need to learn the two concepts together (DO NOT do your flashcards like this image… ALWAYS ADD A FRENCH ARTICLE– Read my 9 Tips to make the best French flashcards to study French)

Nouns of countries and proper names that end in e are usually feminine:

4 – French Nouns Ending in Ssion and Tion are Feminine

The Tion ending is common in English as well and French and English share many cognates: la situation, la question, la solution, l’éducation, l’opération, la nation, l’action… There are MANY words ending in Tion in French, and they are all feminine, except “le bastion”. So this is actually a big help.

Watch out for the pronunciation! It’s not Shon like in English, but SSion – this is particularly difficult for English speakers since your brain may “refuse” the French pronunciation (pun intended…).

Note that many nouns ending in just “ion” are masculine (un avion (a plane), un lion…)

The Ssion ending is typically feminine as well, as in la passion, la repression, l’émission (the programme)…. And there are many of them.

Then it becomes more complicated…

5 – French Nouns Ending in ale, cé, be, fe, and ace are Feminine

Nouns ending in ale, cé, be, fe, and ace are typically feminine, but not that numerous in French. 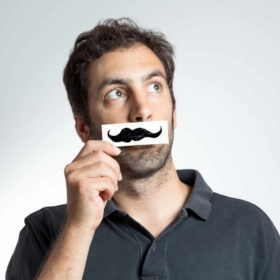