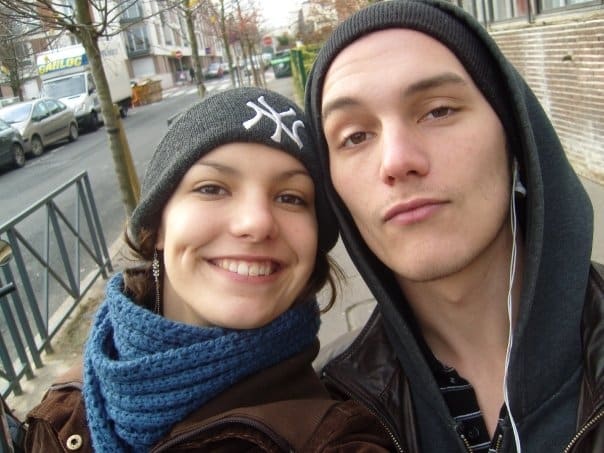 As in any language, French has a large and rich slang vocabulary that never stops from evolving. You may know some typical French slang, “l’argot” and “le verlan” – but do you know the actual French slang young people use now in the streets of France? Here are 5 fun and common French slang of the millennium expressions.

You all have heard of “le Verlan” which consists of inverting syllables in a word (the word “Verlan” itself is an inversion of the word “l’envers” (‘reverse’). This slang form is now very prevalent throughout the French language and some verlan words are even now found in French dictionaries.

Many of you have studied common French slang: “un bouquin” for ‘a book’, “un mec” for ‘a guy’… All these are still used, but lately, a new form of slang emerged: “le parler d’jeunes”.

What is the French Slang of the Millennium?

The “D’jeunes” (youth of the millennium) have incorporated traditional slang, verlan, Arabic & English words and shorthand SMS spellings into their language, sometimes even compounding them like inverting the syllables of an Arabic word…

Definitely hard to understand for many French people – including us “old” 39 year olds – and impossible to grasp for students of French.

In this blog series, I’ll go over some common French slang words/phrases heard today and will try to retrace the origins and evolutions from the ‘original’ French.

Keep in mind that, as in any slang idioms, there are sometimes many variations and interpretations possible.  Feel free to comment if you know of other possible explanations for these phrases…

This French Slang is Not For Everybody

These expressions should be used ONLY by young people, they evolve very fast and can be obsolete after only a couple of years.

Many of them come from the streets, and would be frowned upon in different social circles.

You need to understand them, because you’ll hear them in French movies, songs… and in the streets.

“Vioc” is the term for old people and can sometimes be used to talk about ones parents… The origins of that expression are harder to pin point but is most likely a contraction of “vielle” (‘old’) and “loque” (‘a rag’).

‘Man I totally wiped out!’

“Gueule” is normally the word used to describe the face of an animal ex: “La gueule du loup/chien/crocodile” and is the proper word to use in that context.

In this context, “mangé” means to hurt oneself – maybe because a flesh wound looks like a bite from a piece of meat… You could also say “je me suis mangé en moto” (‘I crashed on my bike’).  It most often means that you actually hurt yourself but can also be used as a general meaning to “fail” like: “merde, je me suis mangé à mon exam de maths” (‘shit, I totally failed on my math exam’).

Note the grammatical evolutions: “comment” is wrong here, it should be “comme”: “comme elle est belle ! (‘she is so beautiful’). Also “Tu as” becomes “t’as” or even “ta”. Once again, we are talking slang French here, not proper French…

“Se la péter” is to be pretentious.

The word “péter” is also the slang for “farting” and for “breaking/exploding”. “Il ne faut pas péter en public” (‘one shouldn’t fart in public’) – “J’ai pété la télé” ‘I broke the TV’ – “la situation internationale va finir par péter” ‘the international situation will explode one of these days’.

‘There are only ugly girls in this club, let’s get out of here OK?’

“Un thon” is the French word for tuna fish.  One has to be careful when referring to someone as “un thon”, as it is an insult. Interestingly, “un thon” is a masculine word but is always used to refer to a woman.

In this context, “se casser” (literally ‘to break oneself’) is to leave a place.

Here we see the influence of the Arabic immigrants into the d’jeunes speak.  “Kif” is the the arabic word for “a sense of well being/happiness” (also can describe the combination of tobacco and hashish!) and is now very much used by the youth to replace the verbs ‘like’ or ‘love’.

“Une Meuf” is one of the most common verlan word used today.  It’s the inversion of the word “femme” -> me fem -> meuf (dropping the last vowel is common in verlan – whatever is easier to say will remain). 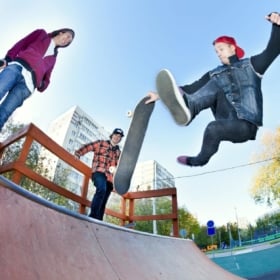