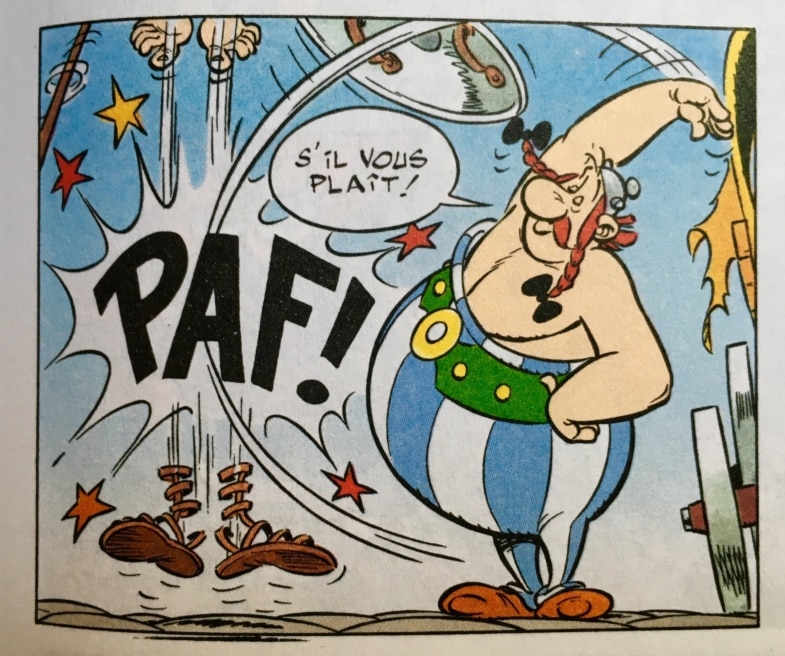 An Onomatopoeia (une onomatopée) is a made up written word which represents a sound. She slapped him: “smack”!! The baby cried: “wah-wah”.

This comes naturally in our own language, but it’s quite hilarious to see what these sound words become in another language! Here are my favorite top 10 French onomatopoeias.

1 – French Onomatopoeia for a Kiss in French = Smack!

Imagine my surprise when I found out “smack” was the written sound for slapping in English! Quite the opposite…

No Zzzz for us. Must be the French R.

3 – The French Onomatopoeia for Hushing = Chut

Pretty loud for a hushing sound if you consider the T is pronounced. This is how “soft” the French T is….

And the French onomatopoeia for falling on the ground is “patatra” (kaboum)… I really wonder where that one comes from!

“Pan-pan” is pronounced with a nasal sound, like the “an” in “Maman”.

No “Yack” in French but quite a different onomatopoeia: “beurk”, or simply “berk”!

It’s our Yum! And we use it a lot. French people often show their appreciation for food by humming a “mmmm” sound. More about commenting on food in French in this article.

This is a bit far fetched, but I recorded a series of video for YouTube of “Modern French practice” with the videogame Minecraft. I use so many onomatopoeia in this episode! You can turn the CC on in English or French. More about learning French with Minecraft.

Pronounced it just like “eye”. We often repeat it three times: “aïe-aïe-aïe”! Sometimes it becomes “ouaïe” or we multiplie the ï’s… Representing a sound leaves a lot of room for creativity!

And the French sound for tickling is “guili-guili”. Pronounce this one with a hard G, the u is silent. So Gili-gili.

This is said in French in a way in which English has no parallel.

English speakers do say “upsy daisy” when lifting up a child, but not nearly as frequently as French say “hop là” in the same context.

People say “hop là” when lifting their groceries, or when picking something that has fallen onto the ground, or even just when doing something in a sequence: “hop, hop, hop” kind of ‘tack tack tack’ in English… The expression pops up all the time, much more frequently than parallel expressions are used in English. If you’ve watched my “Spoken French practice video above, you’ll see that I use it all the time!

These two have to be my favorites: “ouin-ouin”, featuring the nasal sound “in” for a crying baby, and “areuh-areuh” for cooning: how more French could this sound be?

Here a demonstration of “arheuh” in this video – granted you’ll hear the mom say “areuh” more than the baby!
I’ll spare you the crying baby…

All images in this blog post were taken from “Astérix Chez Rahàzade”, copyright Editions Albert René.

If you liked this blog, may I suggest you check out my “laughter and April’s fool vocabulary” article, as well as “French Puns and Jokes with audio” series. 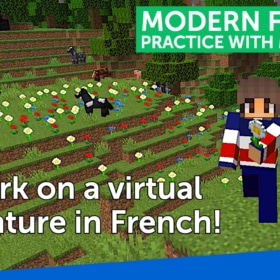