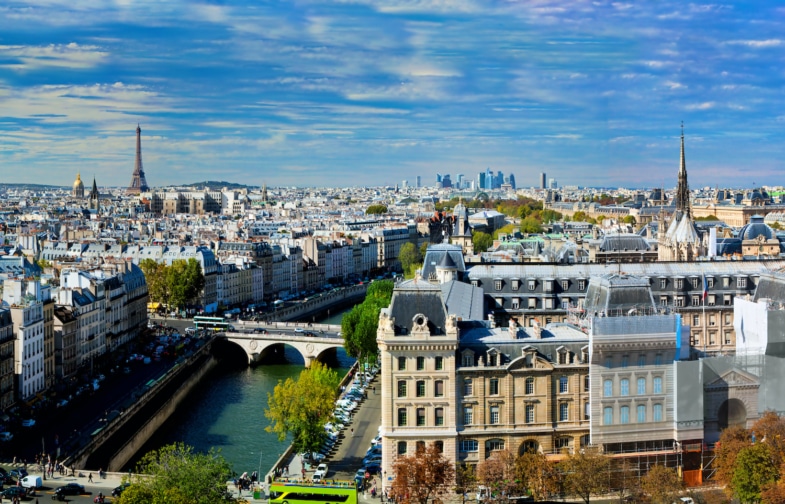 Are cities in French feminine or masculine? Most French cities don’t have an article, but when you use an adjective, should it be masculine or feminine: “Paris est beau” or “Paris est belle” ?

In a nutshell, the answer is: both are possible.
Except in some very precise cases, cities in French can be feminine (more literary) or masculine (common spoken French)

Now, let’s discuss… Feel free to add your own two cents in the comment section below! Does one sound better than the other to you?

1 – Are Cities Feminine or Masculine in French?

First, let’s talk about gender in French. In the French language, everything has a gender. If it’s easy for animate beings (then the gender follows the sex), it’s totally random for the rest. A book is masculine. A table is feminine. “Happiness” is masculine, but “joy” is feminine.

What about cities in French? Cities have a proper name, but are they feminine, or masculine?

On this matter, L’Académie Française is not quite clear.

It says that in literary writings, you should prefer the feminine since you are after all talking about “la ville de Paris”, and since “la ville” is feminine, the adjective is feminine.
One vote for “Paris est belle”.

However, L’Académie does note that the masculine is commonly used in spoken French to describe cities.
One vote for “Paris est beau”.

Darn. This is not very conclusive…

Now, according to the major French newspaper “le Figaro” the Académie is very clear on some precise cases:

2 – Cities Are Masculine in French With Some Adjectives

Cities should always be masculine in French when an adjective comes before them, which is often the case when you designate a neighborhood (“un quartier” in French) of said city…

It makes sense since the word “un quartier” is masculine.

3 – Cities Are Masculine in French With “Tout”

In this case, it’s an expression. “Le tout-Paris” means everyone in Paris.

When you use the name of a city to represent its government or sporting club, then that name is masculine in French.

5 – Some Cities Have an Article in French

Some cities include an article in their names: in this case, the city becomes masculine or feminine accordingly.

If you look into the common usage, you’ll find many examples, some saying Paris is feminine, others saying Paris is masculine… The examples come from the super useful French forum of Wordreference.org.

So, according to this rule, you should say:

And I have to admit that this does “sound” right to me.

The article then adds that this is only a tendency, and that the rule is not absolute, and that in French cities tend to be masculine in spoken French, and feminine in literature.
So back to square one.

8 – My Own Opinion About City Genders in French

But unless I was trying to be witty, or a bit poetic, I won’t say “Paris est belle” nor “Paris est beau”. Because it would be making a language statement. Any French person would hesitate here because the usage is just not clear!

So it’s likely I would just avoid this construction altogether.

And then there is music… The music of a language. I would absolutely say “le Paris de mon enfance”, but I continue to think “Paris est belle” sounds better :-) 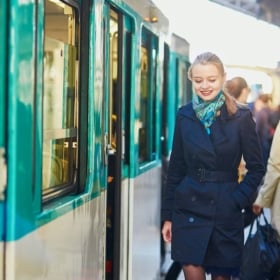