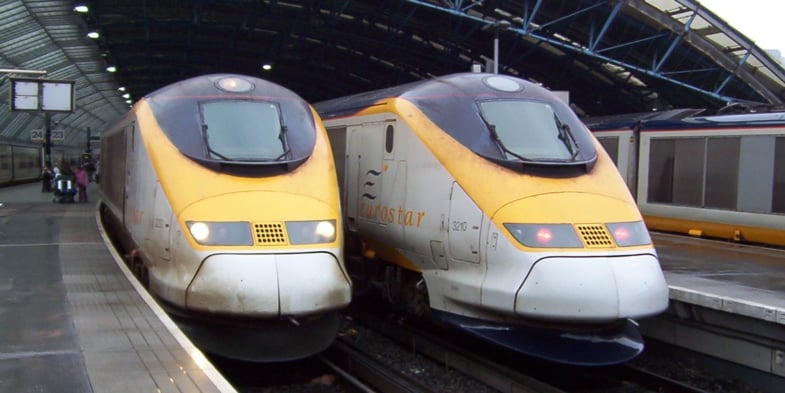 Learn French for free – Sample the first chapter of French Today’s FREE French audiobook to learn the modern French language. Recorded at 3 speeds, this eBook will help you master both traditional French and “street” French, French like it is spoken today.

Use the floating blue icon in the bottom right to hide/reveal the English translations below.

Time for you to practice your French. If you are a total beginner in French this may be too hard at this point. You need to study the basics first! I suggest you start studying French with my downloadable audiobook À Moi Paris Method – Beginner.

If you’ve had some French before, then make sure you answer to these questions out-loud to get over your fear of speaking. Doing it in your head won’t help! Use the pause button to have more time to answer if you need to..

You will notice that the questions sometime feature the street French way of speaking, such as “tu habites où ça ?“ versus “où habites-tu ?”… That may be a bit new to you too! It’s all explained in my audiobooks.

Where does the train come from?

And where does it go?

It goes to Paris.

Is Mary a blond or a brunette?

She is a blond.

What is the car number?

Where is the seat number located?

It’s on the back of the seat.

Where does Mary put her suitcase ?

She places her suitcase on a platform a bit further.

Why does she have to bother her neighbor?

Because she is seating by the window.

Because they are young.

Why is Mary’s French excellent?

Because her father is French and she is bilingual.

You may have been a bit surprised when you first listen to the story part of this audiobook: it probably didn’t sound like the French you studied in school.

The reason is that French is a fast evolving language, and unfortunately, traditional methods teach traditional French, and teach you to pronounce French just like you write it. And this is so wrong!

Nowadays, everybody talking French applies some glidings to the French language. On top of elision and liaisons (two grammatical terms I will explain below) modern glidings are so strong that spoken French ends up being something most foreigners have a very difficult time with.

I will apply “medium” glidings, meaning that I won’t go full “teenage suburb” on you, nor will I talk like a book. I am going to teach you to speak like a real French person does, so make sure you always study with the audio and pay attention to the way I “jam” the words together.

Elision happens when a few very common short words (je, le, de, ne, que, se, ce, me, te and la) are followed by a vowel or an h.

To avoid a clash of vowels (which is hard on the jaws), the short word will then drop its final vowel and replace it in writing with an apostrophe. In pronunciation, the remaining consonant sound will become the first sound of the following word.

You will see, this happen A LOT, and it’s very important you master this to sound French.

A liaison occurs when a silent consonant (like the t of “c’est”) is followed by a vowel or a mute H (like the word “une”).

Most consonants keep their sound in liaison, except for S that makes a liaison sound in Z, X becomes Z, and D becomes T.

Listen carefully to the audio, and liaisons will become obvious to you!

A gliding is what happens in modern French, when we glide over some letters, kind of like “gotta go” instead of “I have got to go” in American English. It’s very common nowadays in French, and reinforces the difference between spoken and written French.

The use of glidings differ among people: it’s a question of context, age, social class, region, personal preference. Some people glide a lot, others enunciate more, but EVERY French person applies some glidings, so it is essential that you get accustom to understanding glided words, even if you choose not to say them this way yourself (and therefore be more conservative in the way you speak French).

You will note that many letters, or even words glide so much that they often disappear. It is the case of many short words ending in “e”: the “ne” of the negative, of the preposition “de”, the article or pronoun “le”, even the subject pronoun “je” which becomes as kind of “ch” sound: “je ne sais pas” becomes “chaypa” in totally glided modern French.

A good example of this spoken vs. written French difference is the phrase “it’s not nice out, there is no sun”

When it is in written form, the phase is: “Il ne fait pas beau, il n’y a pas de soleil”
When it is spoken by a native Parisian to another it sounds like: “y fait pas beau, ya pad soleil”. And this is not an exaggeration nor specific to a teenager or hipster way to speak, this is how anybody engaging in small talk will say it.

It needs some getting use to, but thanks to my realistic audio novels, this won’t be a problem for you!

Pay close attention to the audio, in particular to the letter “J” and “G” which are quite confusing!

The French alphabet is the same as the English one and it also has 26 letters.

You will also note some differences between the recording speeds : the faster you speak, the more glidings there will be. So in the slow recordings, I enunciate much more and in the normal ones, I glide much more, even more so in the street French recording of the whole story.

Train to repeat the slow and normal recordings, and train to understand the street French one. You dont’ need to speak as fast as this, but eventually you need to be able to understand French people at that speed. 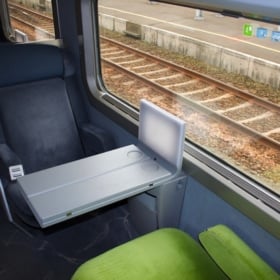