Intro + How to Use This Free French Audiobook 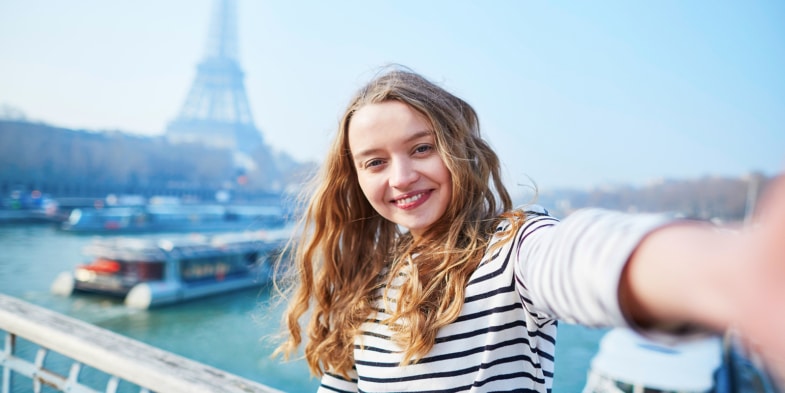 This French audiobook is recorded in 3 different speeds and features dialogs and lessons. Find out the best way to work with this audiobook to maximise your French learning experience.

Table of Contents
What is this Free Audiobook About?
What is the À Moi Paris Series?
Who Are We and What is French Today’s Mission?
How to Use This Audiobook
How to Work With the Audio
The Story Part

What is this Free Audiobook About?

This audiobook is indeed a first encounter: both with the characters of our “À Moi Paris” audiobook series, and with French Today’s unique method and approach to teaching French.

Although the “À Moi Paris Series” does cover higher levels, we wanted to offer an audiobook that would be reachable for anyone, including beginners.

This is why the six chapters of this particular audiobook are written in the present tense, and feature relatively simple vocabulary and grammatical structures.

The actual “À Moi Paris” audiobooks are indeed level specific, the story is usually longer, the points of grammar / vocabulary are explained in depth. Some levels feature exercises or a longer Q&A section.

In this audiobook, you will get introduced to Mary, the main character of the series: this audiobook is where her French adventure starts – her story will evolve throughout the series.

What is the À Moi Paris Series?

“À Moi Paris” is a complete French learning method organized around a progressive and ongoing novel.

Most students are not quite fond of grammar and verb tenses. Because I am both French and American, and bilingual, I understand what is particularly difficult for English speakers to grasp. Over more than 20 years I’ve perfected how to explain it simply, and efficiently. In other words, I make French simple to understand.

The audio novel is lively and features realistic situations : you’ll learn, in context, vocabulary you can actually use when speaking French. The characters too are real life like, and you’ll grow attached to them. That’s important since the story will keep you motivated in your studies because you’ll want to know what comes next.

Besides, the story is always built to illustrate the points of grammar, so on top of the theory, you will also learn French in context. I am 100% convinced that it’s the best way to actually remember French grammar and tenses!

In this audiobook, you will also hear our unique audio recordings. You know how in English we write “I am going to” but say “I’m going to” or even “I gonna”? Well, it’s the same – actually, it’s much worse – in French!

So there is a huge difference between:

1. The way French is written (which is what you probably have been introduced to in school),

2. French spoken in a formal environment (which is the French taught by traditional audio methods, and most French teachers – although this is slowly starting to change)

3. The French language French people actually speak (at home, with friends: what you hear in French movies… )

I call the later “street French”, and I’ve recorded each chapter of the “À Moi Paris” story at different speeds and levels of enunciation. This way, you’ll learn both traditional / formal / classroom French pronunciation, but also the “real” French used by every French people everyday.

This is why this method is truly unique. I’ve poured all my heart and experience in teaching French into it, and it works: our customers love it, and I guarantee you will love it too.

Many teachers have been successfully using “À Moi Paris” in their classroom. We do offer educational discount for any one interested.

Who Are We and What is French Today’s Mission?

My name is Camille and I’m the founder of French Today. I’m a French native, lived in Paris till my mid-twenties and moved to the US for about 16 years before taking my family back to France.

I met my husband Olivier in Boston. He is also French, but we both became American citizens in early 2005. Our daughter Leyla was born in the US, she is a bilingual kid and still speaks English fluently although we moved back to France when she was 4. We currently live in Paimpol, on the north coast of Brittany in France.

Our aim with French Today is to provide clear and simple explanations about the French language and culture to English speaking students.

We develop audiobooks recorded at several speeds to teach both traditional and modern French pronunciation, and give our students the confidence and tools to interact with French people.

We also have an extensive French language blog with more than 500+ free lessons/articles, we recommend immersion stays at French teacher’s homes, and are quite active on the various social medias!

Now, feel free to dig directly into the story and accompanying study guide, to see what this is all about. However, if you are serious about studying French, I suggest you first read the next How To Work with this Audiobook section.

How to Use This Audiobook

“The spoken French taught in American classrooms is a fiction, based on ideas about how people should speak, not on how they do speak”

How to Work With the Audio

Each chapter of the story is recorded three times:

1. Once very slowly so you can really hear all the French sounds.

2. Then at a normal speed, respecting the modern glided pronunciation of spoken French.

3. The whole story is then recorded in a “street French” manner, mostly for you to practice on understanding French people when they speak among themselves in everyday life.

Don’t sweat trying to speak that fast yet, this will come with experience and practice.

Written French and spoken French are quite different, so make sure you always work with the audio first, and memorize the correct pronunciation before you memorize the spelling. Beware of the many silent letters. And repeat out loud, not only in your head :-)

Here is how you should proceed:

1. LISTEN to the slow recording of the story part. Can you guess what is happening?

2. Read the translation, then read the French at the same time as the normal recording is playing. Note the glidings, liaisons, intonation and word grouping that happen. Write them down on the print out of this PDF to help you read the story better.

You can use the story to better your understanding and pronunciation, as well as your written French.

Once you are familiar with the meaning of the story, play, pause and REPEAT OUT LOUD each sentence. Try to mimic the sing-songy of my voice as if you were an actor: pay close attention to the glidings, the elisions and liaisons, and also to the word grouping: where I pause and breathe in the sentence. Repeat as many times as necessary for you to be able to read comfortably first the slow and, then the normal recordings.

Try not to translate! Stay focused on the context and the storyline. So you didn’t understand one word? The worse that can happen is for your brain to freeze – and then you’d miss the rest of the story. What you don’t know, you can usually guess: guessing what is logically happening in a given context is very important in language learning. It’s essential that you develop this ability in French and force your brain to go with the flow of the story.

Don’t link the French words to English! Link the words to images, verbs to actions, get a visual image of it all – you don’t need to go through English to speak French. Doing so will lead to mistakes, and will considerably slow you down when speaking since your brain would be doing twice the work (idea to English, then English to French, rather than idea to French directly!!)

If you want to work on your written French, you can use the audio of the slow story as a dictation. Play with the pause button as needed so you have time to write the sentences down. 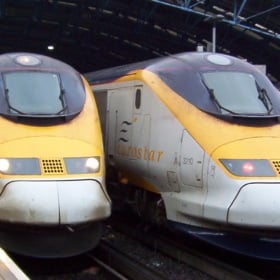