🥩 How do You Say White and Dark Meat in French? 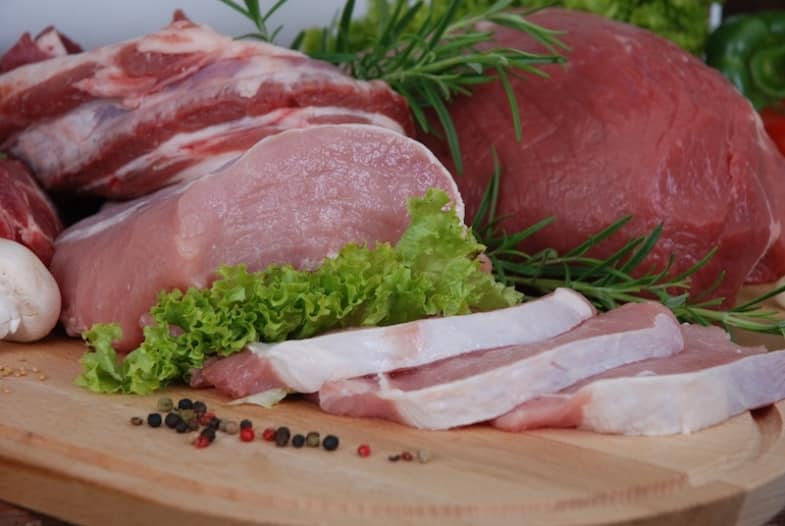 In the US “white meat” often refers to poultry only. In French “la viande blanche” also includes veal, rabbit, porc…

The other day, I was talking to a semi-vegetarian student who said “je ne mange que de la viande blanche”.

Guessing something was wrong, I replied tongue in cheek: “so, you eat veal”???

“Nooooooo” she answered, horrified. “Only chicken and seafood”.

Aha! We had stumble over a huge “lost in translation” kind of situation… So let’s talk meat a little!

For the French, it’s a question of “myoglobin“. “Myoglobin is an iron- and oxygen-binding protein found in the muscle tissue of vertebrates in general and in almost all mammals” says Wikipedia. Follow the link to know more…

This myoglobin is more present in muscles that need endurance, like say the ones of a duck which needs to fly over long distances, versus the ones of a chicken who is more sedentary, and therefore presents a much lighter flesh color.

On top of the genetic reason, food is also important: a calf drinking cow milk, which is poor in iron and therefore doesn’t fix myoglobin will have a white flesh, when a calf raised outside and eating grass as well as drinking milk will have a darker flesh…

Stay away from the actual meat color altogether.

3 – White Meat and Dark Meat for Chicken in French?

And what about chicken meat?

If you liked this article, you may also like