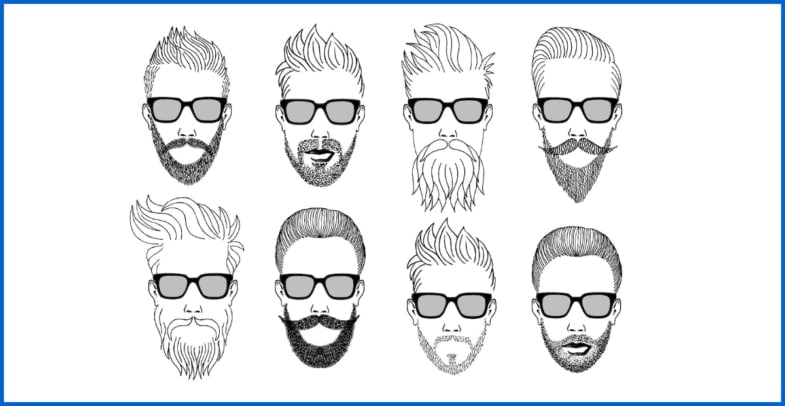 Let’s explore the facial hair vocabulary in French, as well as hair styles for men with a fun video featuring “Les Sims”.

So let’s talk about facial hair in French!

Scroll to the end to see the video.

Hairs on the face or body are called “les poils”.

2 – Hair Versus Hairs in French

The hair on the top of your head has a specific name in French: “les cheveux”.

In English, you use it in the singular.

but this type of hair is usually used in the plural in French. So you have to be careful to do a plural agreement with your French verbs, French adjectives and French articles.

I invite you to view my other videos to learn French with the Sims about hairstyles and hair colors in French for more info about “les cheveux”.

In the video below, my Sim is wearing:

He could also only have une moustache.

And who wears “des favoris” nowadays, except Wolverine ?

The part which is close to the hair, is called “une patte”, des pattes”. (sideburns)

And of course, he could be

And now, let’s see a video featuring the French vocabulary about facial hair, and using The Sims 4.

If you are a teacher, please feel free to use this video in class, and share it with other teachers :-) 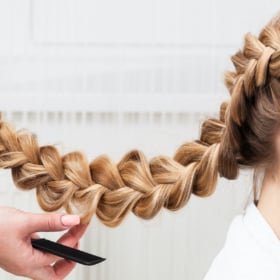