“To Meet Up” In French: Rencontrer Versus Retrouver, Se Réunir, Faire la Connaissance… 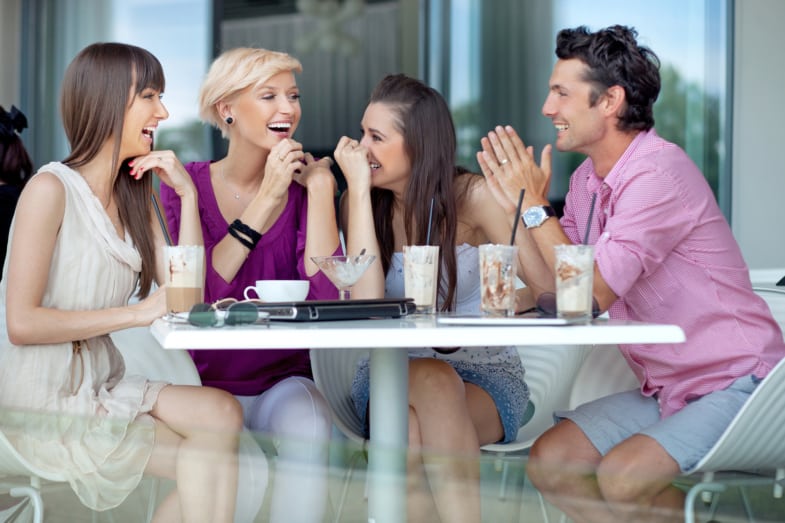 Using the verb ‘To Meet’ is easy enough in English, but it is not so in French: we use several verbs such as “(se) rencontrer”, “retrouver”, “réunir”, “rejoindre”… and they are not interchangeable. Let’s study the differences, although you’ll see the rules are not really set in stone.

Table of Contents
1. Rencontrer = to Run into by Chance, or to Meet for the First Time in French
2. Retrouver = to Meet up with Someone / to Find Something That was Lost / to see Someone Again After a Long Time
3. Réunir = to Get Together, Meet, Gather up
4. Rejoindre = to Join up With
5. Faire la Connaissance de Quelqu’un
6. Rencontrer and Retrouver – Not Set in Stone
To Sum it up, Watch out: Se Rencontrer ≠ Se Retrouver

1. Rencontrer = to Run into by Chance, or to Meet for the First Time in French

Let’s start with this verb that is well-known by students of French but unfortunately often leads to mistakes. “Rencontrer” means to run into someone by chance – you didn’t plan on doing so. A typical example would be:

J’ai rencontré mon voisin dans la rue.
I ran into my neighbour in the street.

Try to remember that example. Remembering examples often works much better than trying to remember a translation or a rule…

The second use of “rencontrer” is to meet someone for the first time. To make their acquaintance.

J’ai rencontré mon mari chez des amis.
I met my husband (for the first time) at some friends’ house.

In both cases, this meeting was not planned. You didn’t know you would run into your neighbour, nor did you know that this guy you met was to become your husband.

Note that “rencontrer” is often used in the French reflexive form, the “se” form:

2. Retrouver = to Meet up with Someone / to Find Something That was Lost / to see Someone Again After a Long Time

Now, this is the verb you will be using most of the time. It is often used in the reflexive form as well.

“Retrouver” means to meet up – as a result of a planned reunion.

J’ai retrouvé mon mari au restaurant.
I met up with my husband at the restaurant.

With a person, “retrouver” is also used to say to rekindle a friendship / love / get back together romantically.

Je me suis retrouvée coincée.
I found myself stuck.

3. Réunir = to Get Together, Meet, Gather up

The verb “(se) réunir” is much less used. It’s specific to the context of a reunion, and usually involves more than two people. It’s mostly used in the reflexive form with people.

4. Rejoindre = to Join up With

“Rejoindre” is very specific, and easy to use for an English speaker since it has the exact same meaning as in “to join (up)”.

Pierre va nous rejoindre plus tard.
Pierre is going to join up with us later.

Note – to join a club is a false cognate. We don’t use “joindre” or “rejoindre” but “devenir membre” (to become a member).

“Faire la connaissance de quelqu’un” means to meet someone for the very first time, and is quite formal. It’s mostly used in the formal French greeting “ravi(e)/enchanté(e) d’avoir fait ta/votre connaissance” (it was nice meeting you / it was nice making your acquaintance).

6. Rencontrer and Retrouver – Not Set in Stone

Unfortunately, all this is not always set in stone… And sometimes, being French and able to rely on what “sounds right” is the ultimate solution.

Honestly, I am not too sure… My ear tells me “retrouver” sounds better, because to me, “rencontrer” would sound like we ran into this person by chance, and could carry the wrong message.

I supposed that if I wanted to be precise and say that we met him for the first time and be clear about it, then I’d have to use:

Nous avons fait la connaissance de David au Black Dog – Yet, one could argue that we had actually first met by email….

So all this is very complicated indeed!

To Sum it up, Watch out: Se Rencontrer ≠ Se Retrouver

Se Rencontrer is not the same as Se Retrouver and it’s what you mostly have to be careful with.

It’s a mistake that I hear very often, and it sounds quite bad because it may create a confusion in the other person’s mind: did you just meet him or did you meet “up” with this person?

Finally, now that things should be clearer, let me confuse you a bit. In the past, “Rencontrer” was used for “to meet up”, so it is not impossible to find is used that way in books or older movies. Nowadays, it would be quite old fashion and rare, and I strongly encourage you to use “retrouver” for “to meet up”.

To learn the correct pronunciation of French greetings, understand tu versus vous, and master French politeness, I suggest you check out my French Greetings and Politeness Audio Lesson. 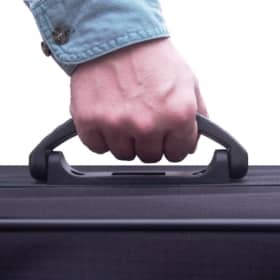 Amener, Emmener, Apporter, Emporter, Rapporter… To Bring and To Take in French