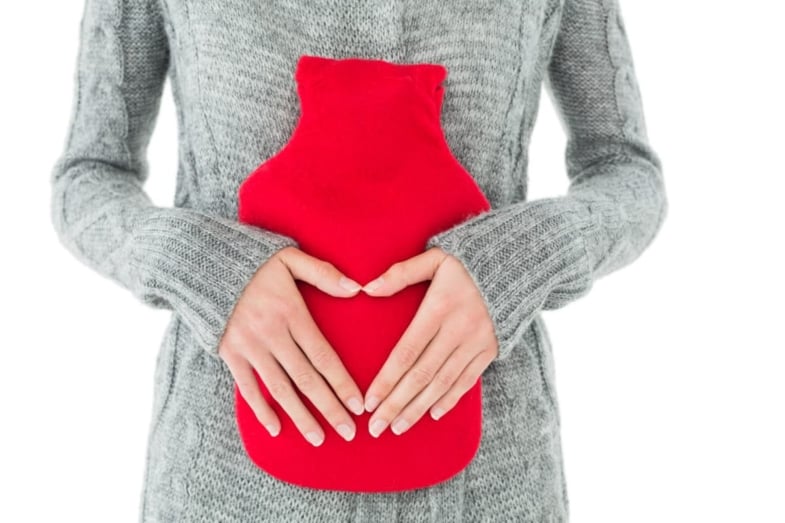 Here is the period French vocabulary: how to say to menstruate in French, feminine hygiene products + the strangest tradition + cultural notes about menstruating in France.

Let’s start with some useful French vocabulary about menstruation.

Table of Contents
1 – How do you say Period in French?
2 – How to you say To Menstruate in French?
3 – Menstrual Cramps and Pains in French
4 – Sanitary Pads, Tampons and Other Feminine Hygiene Products French Vocabulary
5 – Three French Expressions to Say to Have One’s Period
6 – Cultural Notes About Menstruating in France
7 – The Strangest Tradition For The First Period in France

Period in French is “les règles”. It’s a feminine word, always used in the plural.

Note that the word “une règle” means a rule in French. I don’t know why French used the same word, maybe because our menstrual cycle rules us, women :-)

2 – How to you say To Menstruate in French?

To menstruate in French is “avoir ses règles”.

3 – Menstrual Cramps and Pains in French

All feminine hygiene products are easily available in France in supermarkets and pharmacies.

5 – Three French Expressions to Say to Have One’s Period

1 – Être Indisposée – to be Indisposed, Unwell

I have no idea where this one comes from, but “ragnagnas” sounds like someone complaining, protesting… which women often do when they menstruate. So that would be my personal interpretation of the expression!

This expressions translates as “The English have landed” (from a boat).

So, what have the English in common with menstruating? Well, this  dates back to Napoleon and the British army, then called the redcoats  – Aha !!

Although this expression is somewhat old-fashioned, it is still used, often with friends as a code name…

Sorry, I really don’t feel like going horseback riding. I don’t feel very well… Well, to tell you everything, I’m indisposed… in other Code Red, and I just want one thing: stay in bed!

6 – Cultural Notes About Menstruating in France

In France, talking about one’s period (les règles) is not a common topic, even among women.

I mean, if you suffer from terrible menstrual cramps, you may say to your friend you are not feeling well “je ne me sens pas très bien” (more about French medical vocabulary), or just use the typical “je suis indisposée” – I’m indisposed – and you’re friend will understand what is going on.

Not too long ago, this subject was just plain taboo. Up to I’d say the Fifties, many women had no idea what was happening to them when they had their first period. No one told them what to expect.

In my family, we were four girls plus my Mom. My Dad (who is an older gentleman) didn’t allow us to leave any feminine hygiene products in the toilet, not even hidden behind the stall. Can you imagine!

Things have changed now, the conversation is no longer as taboo, and Frenchmen no longer react like my Dad (thank goodness!!). Yet, contrarily to my American girlfriends who often rave about their menstrual pains, I’ve never had a French friend complain in detail about her period. It may be old-fashioned, but French women tend to be discreet about this topic, which is considered too personal to share in France.

No judgement from my part – I just thought you’d like to know.

7 – The Strangest Tradition For The First Period in France

So you guessed it… There is a tradition in France that a mother would slap her daughter on her first period. (A slap on the cheek is “une gifle” or “une baffe” in slang)

Where does the tradition comes from? Nobody knows for sure:

In anycase, it’s a tradition: not everybody does it, some people have never heard of it, but it’s not uncommon. My mom did it to me. I did it to my daughter Leyla.

In my case, I did it because I wanted to mark the day. I never slap Leyla (I was actually not sure I was going to be able to do it!!). So I was absolutely sure to get her attention.

First, she was a bit mad at me. Then when I explained why I did it, and that it was a tradition for her to realize it was an important day: that it marked the beginning of her womanhood, and that it was a big deal to me – and should be to her – she understood.

I also gave Leyla a very special gift: my favorite jewel from when I was a girl. A moonstone pendant I wore everyday age 10 to 20. Something very meaningful to me and close to my heart, which I had saved for that particular occasion. She was quite moved (or was it the slap?)

In a related subject, you may be interested in these articles: 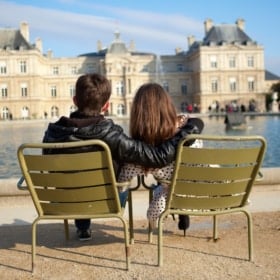