How To Say Rock And Stone in French

Table of Contents
Generic Word For Stone And Rock in French
What is a Pebble in French?
Specific French Stone Words
What Is “Un Galet” in French?
How Do You Say Gem in French?

Generic Word For Stone And Rock in French

Note that “Pierre” is also a French first name: Peter.

If something is made of stone, you’d say “en pierre”. You could also say “de pierre” but it’s not as common.

So how could you say if it’s “une maison de pierre or de Pierre ?”… as often, context would tell. But I have to admit this one is super confusing! 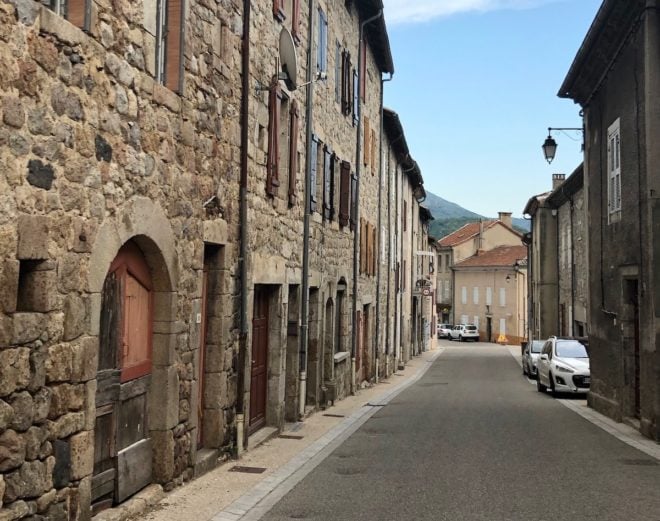 What is a Pebble in French?

Note that the plural is irregular: it takes a silent “x” instead of an “s”. “Un caillou, des cailloux”.

Now you know the meaning of your kid’s favorite French cartoon character: the sweet little boy “Caillou” – ‘Pebble’, named as such probably because he has no hair.

What Is Gravel In French?

“Le gravier” is gravel. It is mostly used as an ensemble, as a surface.

J’ai un caillou dans ma chaussure ; ça doit être une petite pierre qui est entrée quand je marchais sur le gravier dans la cour.
I have a pebble in my shoe: it must be a small stone which got in when I was walking on the gravel in the courtyard.

What Is Boulder In French?

“Un rocher” is a boulder. Une très grosse pierre…
So what’s the difference between “une pierre” et “un rocher” ? I’m not exactly sure. I always say that I can carry a stone but not a boulder…

So now, let’s look at all this vocabulary in picture in a short video I shot during my family vacation in Ardèche, France. A good French listening practice! Turn the CC on for French and English subtitles.

What Does “La Roche” Mean In French?

“La roche” is the geological term for stone, as you’d find it when you on a dig. We really don’t use it much in French except in this geological register.

Unfortunately, since it sounds like ‘rock’, students tend to use it a lot: people will probably figure out what you mean, but chances are that you should have used “une pierre” instead.

What About “Le Roc, La Roque” in French?

Hum… This words are found a lot in proper names in France, as featured in the video below. It usually refers to a sharp stone peak of some sort.

Again, I’d say don’t use it unless you are referring to a proper name.

Here is another Spoken French practice video I made during my vacation… this time in Provence (you get to visit France with me :-)

What Is “Un Galet” in French?

“Un galet” is a particular sort of stone: one you find by the beach or sometimes creeks and river beds : a river pebble. We have many of these where I live, in Brittany !

How Do You Say Gem in French?

The French word for a gem, a precious stone is “une pierre précieuse”.

My favorite kind of stone!