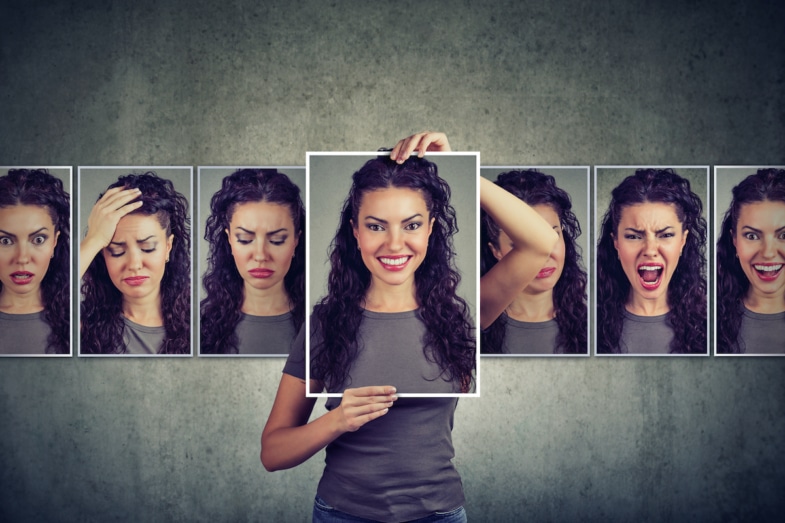 Are French verbs in a good or bad mood? Let’s see what the term “mood” means for French verb conjugation and the difference between moods and tenses.

There are six French verb moods. Four are personal moods, in which case the mood indicates the mind set of the subject, and two are impersonal: the verb doesn’t change according to who is speaking.

It will all make sense with the examples below.

The mood indicates the mind set of the subject.

So, it’s not a question of being in a good or bad mood, but it does have to do a bit with this notion: it has to do with the subject mind set. The mood you choose will affect the conjugation of the verb.

Note that there are also impersonal moods in French, which are invariable, meaning they always use the same form and the verb doesn’t change according to who is speaking.

Whether the use of the word “mood” for conjugation makes sense or not to you, you need to understand what it refers to and learn it. It’s a grammatical term that is essential in your French studies… and exams!

A tense indicates when the action of the verb is taking place: now, in the past or in the future.

3. What is the Difference Between a Mood and a Tense?

Moods and tenses work together to give verbs a precise meaning. Each mood has at least two tenses, present and past, though some moods have more.

When you conjugate a verb, you do so by first choosing the appropriate mood and then adding a tense to it.

4. What are the Most Common French Moods and Tense?

Some tenses are much more common than others and the same goes for moods.

The indicative mood is the most common – it’s the “normal” mood – and has eight tenses.

The other tenses are somewhat based on the present indicative tense, for regular as well as for irregular French verbs.

This is the reason why, if you followed my À Moi Paris method, we spent so much time on the present indicative tense. All of À Moi Paris Level 1 and Level 2, and most of Level 3 are written using only the present tense.

In À Moi Paris Level 4, I started using the other tenses. And then I explained in depth all the tenses in the upper intermediate Level 5 . In Level 6, I used more advanced vocabulary and sentence structures, and started using the other French moods: the Imperative, the Conditional and the Subjunctive, which we are going to study in depth in my advanced French audiobook learning method.

Now, let me go over some vocabulary that can confuse the student of French.

In the feminine, “la mode” is fashion in French:

It’s also used in the plural for the same meaning, although this is more old-fashioned.

Finally, the most frequent way to translate “mood” in French would be the feminine word “l’humeur”.