French Mistakes: Beware of the To Be + verb in ING Constructions 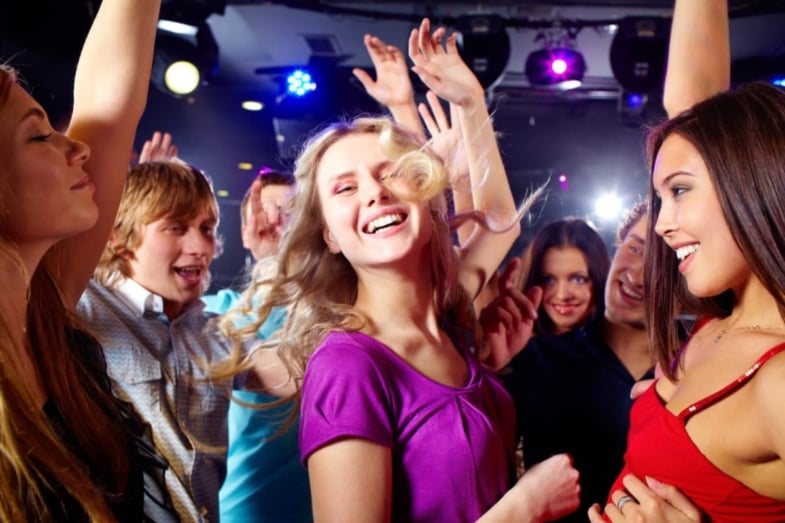 She’s dancing… How do you translate “to be + verb in ING” in French? The progressive form is not at all as common in French as it is in English.

There is a notion totally lost in translation: the progressive constructions in English. I am watching TV, they were dancing, she will be arriving soon…

All these progressive constructions (to be + verb in ING) which come naturally to an English speaker often lead to mistakes when translated into French.

Quite understandable since these constructions simply don’t exist in French!

1 – What is a Progressive/Continuous Construction in English?

You get the idea… English uses progressive (also called continuous) constructions all the time.

They are called “progressive or continuous” in opposition to “simple” tenses: I watch/ watched/ will watch TV.

In English, you use a progressive construction to indicate you are in the middle of this activity. You are doing it right now.

On the contrary, you use the simple tenses to show habits, what you usually do in certain circumstances, but not right now.

2 – How do you Conjugate a Verb in a Progressive Tense?

In English, to conjugate a verb in a progressive tense:

It’s the combination of the two, the verb to be and the main verb, that form the tense.

The verb “to be” has no meaning

You are using “to be” to conjugate the main verb, to actually add this “progressive” notion to it : you are/will be/ were… in the process of doing something.

3 – There is no Progressive Construction in French

In French, we just don’t use this notion at all.

We don’t make a difference between what you are doing right now, and what you usually do.

We do not use the verb to be + verb in gerund. It’s a concept that doesn’t exist at all in French.

You need to stop here and really understand what I am saying, because believe me, this is going to affect so much the way you speak in French!

ALL the French tenses translate into both simple and progressive form in English (when applicable of course).

4 – What You Need to Change

So, the mistake that happens all the time is that student translate word by work. They think “I am” in English, they translate as “je suis”. No matter what comes next.

Well, now that you know that in a progressive construction, such as “I am watching TV”, the “I am” is indissociable from the “watching” (you are not saying “I am French, tall…” you are using a present progressive “I am watchING”, using “to be” to conjugate “to watch”), you need to STOP whenever you are inclined to translate the verb “to be”, and see what comes next.

Now, your friend calls as you are eating dinner. In English, you’d say: “sorry, this is not a good time, I’m eating dinner”. How convenient.

So now, don’t go and use this expression each time you’d use a progressive tense in English…

In English, you could say : “I was eating chips and he was doing his homework as Dad was talking on the phone”. In French, you would never translate that by “j’étais en train de manger des chips et il était en train de faire ses devoirs alors que Papa était en train de téléphoner”… It would just sound ridiculous…

So “être en train de + verb”  is close in meaning, but it is definitely not the same thing as a progressive tense in English.

As I said, we don’t usually point out the fact that you are doing it right now, unless it’s important.

Use “être en train de” as you would “I’m in the middle of” in English.

6 – What About Passé Composé and Near Future?

Things do get a bit more complicated here, since these tenses can lead to confusion. Again here, the key is to understand when to use these tenses in French and English, not just translate word by word.

The main verb is conjugated in the Past Participle.

Most verbs use “avoir” to build their compound tenses, some verbs use “être”.

Note that imparfait is usually the way to go to translate a past progressive into French.

7 -What About Questions And Progressive Tenses in French?

This progressive construction is even more difficult to translate when it’s used in a question form, since you’d start the sentence with the auxiliary verb “to be”. So watch out, the same logic still applies: no “to be” in French!

Yes, we have many ways of asking questions in French – if you cannot switch from street French to “est-ce que” to “inversion” with ease, or if you don’t know for sure when to use which (for example here I wouldn’t use inversion for a question that can be answered in “yes” or “no”…) I strongly advise you to get my audio lesson “Secrets of French Conversation“.

It’s one thing to understand the rule, it’s something else to break a bad habit, or get something going smoothly. Not falling into the trap of translating a progressive construction shows real mastery in French. It’s one of the most common mistakes I hear, so don’t beat yourself up if you slip from time to time.

The only solution to get it right is to develop your French ear so that something like “es-tu regardé la télé” just doesn’t sound right to you. To achieve this, you need to first understand the rule – as I just demonstrated, it’s a bit more complicated than “don’t use a progressive construction in French” – and then you need to practice with audio.