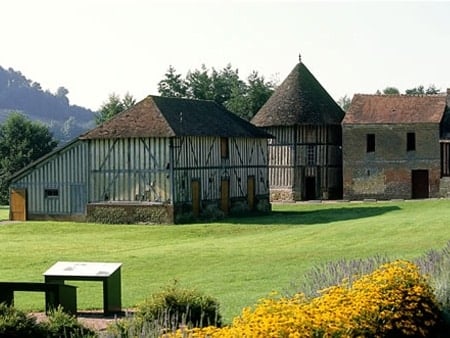 Discover “la route du cidre”, the cider road in Normandy, France, and enjoy the scenery as well as all the culinary delights it has to offer: cider of course, but also many amazing cheeses to name a few.

When in Normandy, make time to enjoy the region’s culinary offerings. Among its many sites for quality products and taste is the bucolic hilltop Domaine St.Hippolyte, an award-winning 16th- century working dairy and apple farm.

“It’s a living postcard of Normandy’s past and present,” proclaims Madame Leroux, a “gentille femme” who will welcome your visit. 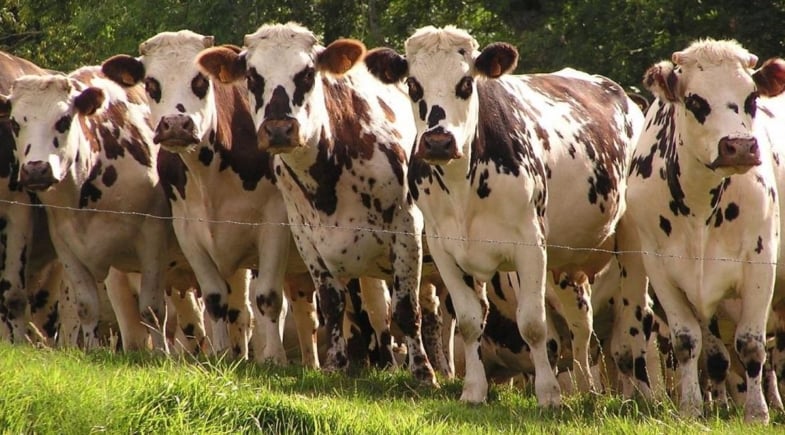 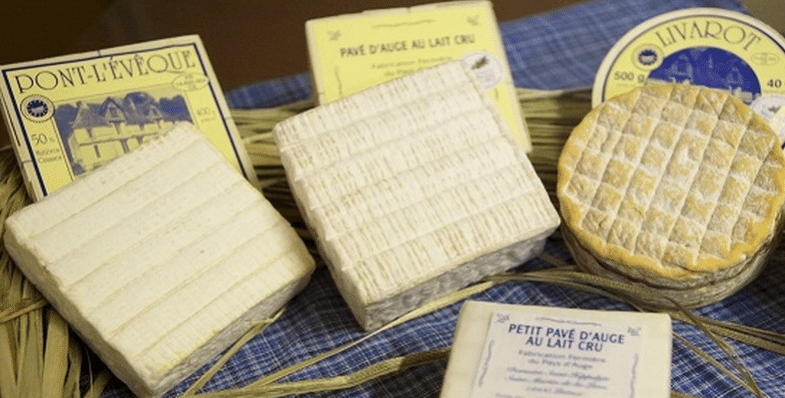 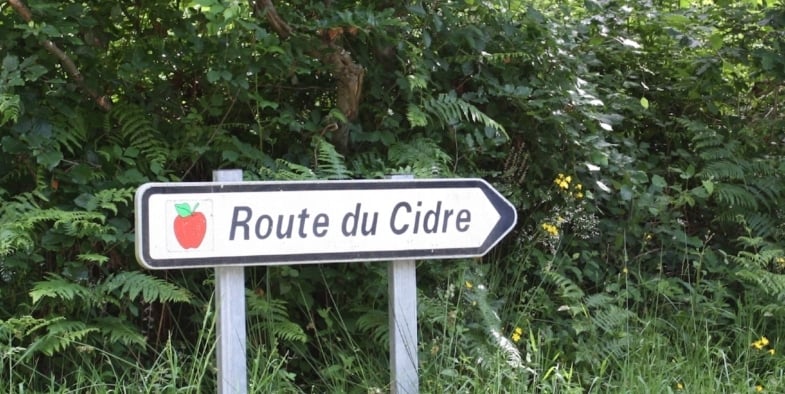 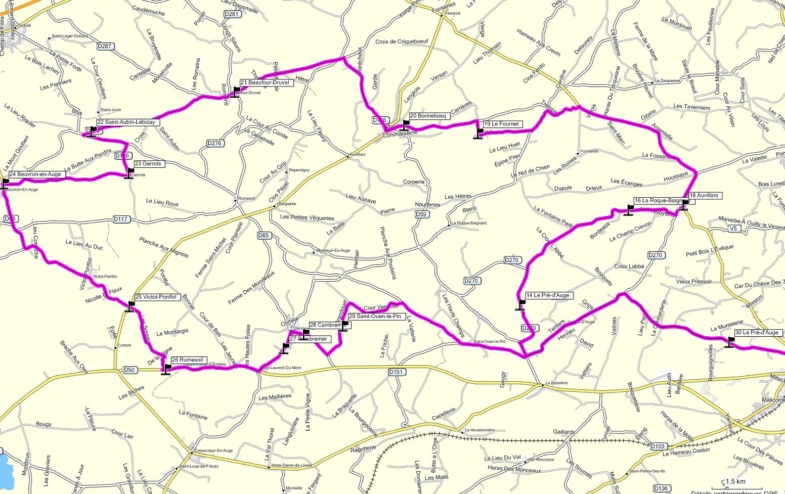 Apple trees surround the manor, where brown spotted cows of the race normand graze on the lush green grass. They are “happy cows,” insists Madame Leroux, “and that’s why their milk is so special. Now you know the secret of our award-winning cheeses.”  Like so many French producers, Madame Leroux, the director of the Domaine de St. Hippolyte, devotes herself to perpetuating France’s cultural food heritage.

The Cheese and Wine of Normandy

In this serene realm the caretakers of the estate proudly preserve the iconic quality of cheese and butter that have made Normandy a distinctive culinary destination.  The Domaine St. Hippolyte succeeds with its two missions, to preserve the race normand cows and to preserve the tradition of farm-made pont l’évêque and livarot cheese, grandparents of well-known camembert.

Take a drive along the Route du Cidre (the Cider Route – an actual route you can follow in the delightful Pays d’Auge). Deep in the Norman heartland, the Route du Cidre is a wonderful place to get sidetracked and intimate with nature.

Also classified as a Site du Goût, the Route du Cidre  weaves its way through picturesque villages like Beuvron-en-Auge (voted one of France’s 100 most beautiful villages), Bonnebosq and Beaufour Druval.

In this part of the world, cider refers to alcoholic cider, not the apple-juice type typically sold at American farm stands.

Along the route, dotted with multitudes of apple trees, you’ll discover family-owned farms, such as  the Ferme de la Vallée au Tanner in the tiny village of  Repentigny, where you can visit the farms and taste the cidre.

Cider producer Ginette Cenier, a passionate producer and owner says, “We are very small and the production of our cider is different each year… it is nature that guides us.  My cider is not like cider from a factory, where making cider is scientific. In a factory, nothing usually tastes bad, but nothing really tastes good either. This is our life and our craft.”

There are nineteen other local producers on the Route who welcome visitors to their farms for tours and complimentary tastings.

Traveling along the Route du Cidre, near the village of Cambremer, is the enchanting Chateau Les Bruyères, where chef and owner Phillipe Harfaux celebrates artisanal methods and local products in his charming chateau restaurant. He explains that he ” delights his guests by revealing the freshness and uniqueness of products from my kitchen garden and the earthiness of the soil of  Normandy.”

True to his profession, he marries his delectable dishes perfectly with regional apple-based beverages such as cidre, pommeau, poiré or a selection from his encyclopedic cellar of the remarkable AOC Pays d’Auge Calvados.

Calvados is the name of one of Normandy’s five departments, but for gourmands it’s also the name of a drink distilled from cider. It’s often served between courses of Normand cuisine, a trou Normand – for digestive reasons, of course. By law, calvados can only be produced in specific areas of Normandy. In this part of Normandy, there are two of the three main AOC calvados classifications: calvados –  distilled once from apples, and  calvados Pays d’Auge – distilled twice from apples.

The other AOC designation is the unique calvados Domfrontais, which is distilled from cider made with apples and pears.  For more information about this unique product read: “Pear Champagne Anyone?“