We are a family of four from Canada that wanted a 2-week holiday in France. When we were planning our holiday, we were hoping to find an opportunity where we could improve our French yet still feel we were on a holiday.

We stumbled onto French Today and decided to book our holiday with Pierre because of the beautiful location and the fact he was willing to accommodate our family and our different levels of French. Pierre was such a hospitable host and met us when we arrived to make sure we could find the “gîte” he had rented for us in the beautiful countryside near Montricoux.

Pierre stayed with us that first afternoon and showed us around the property. He also left us with all the fixings to make a beautiful dinner that evening, including potatoes from his own garden. The week flew by!

Some of our favourite times during our stay were the many conversations we would have in French on a wide variety of topics. Pierre would arrive early enough in the morning with breakfast and we would sit outside on the patio conversing with him over fresh bread, fruit and coffee.

During our chats, he would politely correct our French as needed. After breakfast, Pierre provided two French lessons for us, a more advanced session for my daughter and I, followed by another more basic lesson for my husband and son. He seemed to recognize exactly what each of us needed to improve our French at our own levels.

Following our lessons, Pierre then showed off his culinary skills, whipping up some beautiful, healthy lunches using local foods, including many from his own garden! He also met the dietary needs of our daughter with ease. My daughter is still raving about the galettes!

Afternoons were spent exploring one of the many historic towns, castle ruins, or prehistoric caves near our gîte. Pierre made sure to find out what interested us the most and brought us there. During our excursions, Pierre would continue to speak to us in French so that we could continue to be immersed in the language and practice speaking French as much as possible.

One excursion was a once in a lifetime event: watching La Tour de France go by the community of Bruniquel, just 15 minutes from where we were staying.

We spent our evenings by ourselves and we had the option to explore the Montricoux area (and the local food!), watch a couple of the many excellent French DVDs Pierre made available, or catch up on our homework. We were so fortunate for having our own tour guide/French instructor for an entire week.

Pierre provided us with an opportunity for us to strengthen our understanding of the language while experiencing the culture, the history, and beauty of this rustic and tranquil corner of southern France. After having had so many wonderful experiences, on our last day we all felt a sadness about leaving our esteemed instructor and guide, and all that Pierre graciously provided.

I already miss everything about our stay in France. I recently attended an event with Francophones and I felt so much more comfortable using my French and using some of the new words I learned. 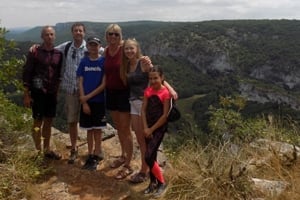 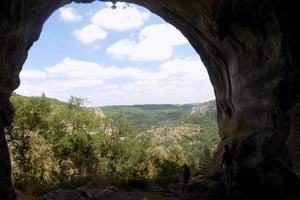 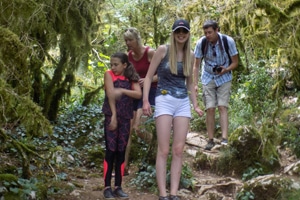