I fell in love with the Basque Coast in 2016 after a visit to Biarritz with my son’s high school French class. An immersion stay with Evelyne seemed the perfect way to see more of the region while working on my French.

The thought of staying in someone’s home was a bit intimidating but Evelyne and Jean-Pierre were so kind and welcoming that they immediately put me at ease. It was evident that Evelyne is a skilled and experienced teacher as she quickly zeroed in on my weaknesses and constructed her lesson plans accordingly.

Jean-Pierre is really quite a chef, preparing many delicious lunches and dinners, as well as certain aperitifs with a local twist.

During our outings we visited the charming villages of Aïnhoa, Espelette, and St Jean de Luz. Before I knew it my week was coming to an end. This was my first immersion trip in France but I’m certain that it won’t be my last. 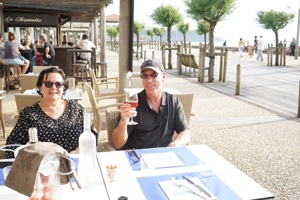 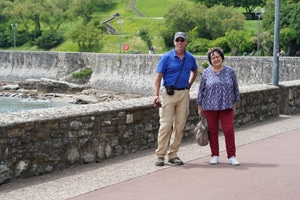 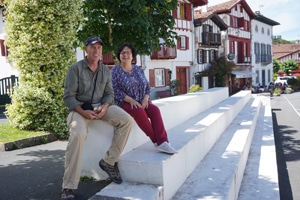