I spent a memorable week with Eliane in March during which I not only studied French but also visited a fascinating region of France and was included in activities of an extended family.

On the French language front, we read a book written by a French journalist about his life with two children with severe disabilities. Discussing what we read allowed me o practice oral communication skills. Elaine had prepared exercises that also improved my comprehension skills and expanded my vocabulary, especially adjectives which enrich the language. But the book also exposed me to French social protection system as well as to French humor.

Speaking of humor, I was lucky that my stay coincided with a live stand up comedy show by Blanche Gardin, a celebrated comedian, in Paris and streamed direct to movie theaters around France. Elaine arranged tickets so I could join her and her partner as well as others from her extended family to see the show in a local cinema. It was challenging to follow a stand up comic but definitely worth it. And with YouTube you can always review it later!

This was not the only opportunity to be with Elaine’s extended family. One day we had lunch with Elaine’s grandmother, mother (also a French Today teacher) and her student followed by a joint excursion. A larger but still manageable size group made for a great setting to practice natural French conversation.

This was my first visit to this part of France. It has so much to see ranging from medieval sites to more modern history. Elaine lives in a small but charming medieval village close to towns associated with Jean d’Arc lore. We visited sites linked to the WWI battle of Sommes. Amiens, a city where Elaine studied and thus, knows well, is famous not only for its cathedral but also for its association with Jules Verne. His house, turned into a museum, is well worth a visit. Finally, Macarons d’Amiens bought in the store of Jean Trogneux in center of Amiens are a great conversation pieces upon my return from France as this is the main store of the family of Brigitte Macron.

For improving your French and getting to know this region, I highly recommend a stay with Elaine. 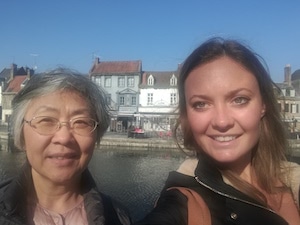 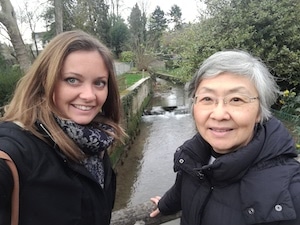 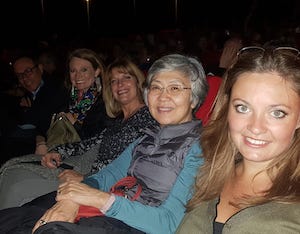 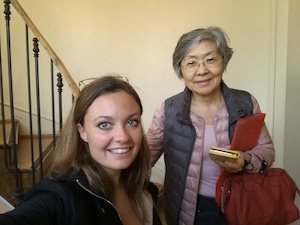 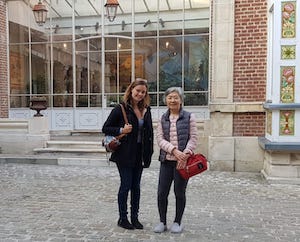