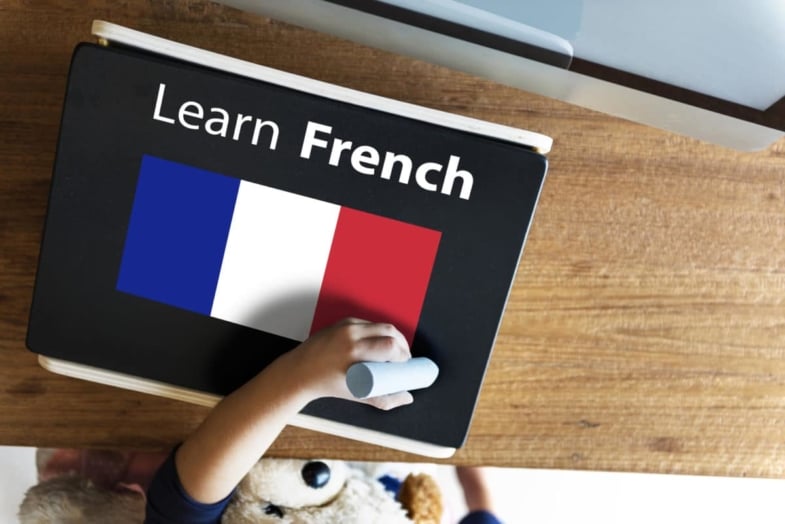 You should involved in the French learning time. This is what will really get your young kid’s attention. For older children, video games in French, YouTube videos and DVDs are great tools.

So, a parent or sitter needs to get involved with the French book, the DVD, the French Apps or whatever medium you choose to teach French to your child with.

The first thing is to get him/her interested. Sit down with your child while you listen to a Fairy Tale in French and use simple sentences like:

Even if you don’t speak French, pick a word and repeat it. Chances are you’ll learn a couple of things yourself! But your kid will pick up much more than you do, because at a young age, they are just geniuses in guessing and learning languages from the context: this is how they learn English!

Sing along with kid songs (you can find the lyrics on the internet): your children will love this special time and will definitely develop an ear for the language – and associate it with a special bonding time with you.

You’ll see, it’s quite amazing how much French a kid can figure out on his own. What is difficult though is to motivate him, to get him to actually concentrate on go through the activity. And that’s where you come in :-)

At 3 years of age, my daughter had lived all her life in Boston, USA. She spoke English from 9 AM to 5 PM at daycare, then French at home.

She loved listening to my Fun for All French Tales adaptations and recordings; she seemed mesmerized by my voice and the lively rendition of the tale, and listened to the same tale over and over — for weeks.

Then, when I was telling her the story, she would fill in entire sentences that she had memorized. Just like when a child “pretends” he can read because he has memorized the lines of his favorite books.

It was cute at the time, but I didn’t read too much into it.

When we moved to France the following year, I was quite nervous about Leyla integrating a full-time French-speaking school (her English seemed so much better than her French at that time).

To my big surprise, the teacher told me Leyla was one of the most advanced kids in her class in French. Although technically, English was her first language, she had a lot of vocabulary in French at a young age, and used vous really well, as well as complex tenses such as subjunctive.

I know this comes from hearing and memorizing my Classic French fairy tales.

So, we decided to create our own French Today YouTube channel to teach French with video games (follow this link to subscribe for free – and never miss a video!)

And I created videos using the popular video game “The Sims 4” for kids and adults to learn French.

Of course, depending on the age and reliability of your kid, leaving him/her in front of YouTube is not always recommended.

Leyla is very trustworthy. Early on, we did explain to her that some videos on YouTube were violent and scary, and would give her nightmares and that she was only allowed to watch videos from specific channels (like videos with the French Today logo on them). We didn’t engage auto play, so she had to pick and choose the video she was watching.

And of course, we kept an eye and ear on what she was doing, and never left her in front of the computer without being somewhat around (and we did tell her we knew how to see what she watched – and do check our computer history to make sure she stays the course. And she does).

For older kids, once they are accustomed to using a video game, you may be able to switch the language to French (many popular games offer this option such as the Sims or Minecraft).

I wouldn’t start the game on the French language unless your kid is bilingual or already knows how to play, because s/he may not understand the cues at first.

However, once your child is familiar with the game, setting it to French is a good way for your kid to learn new French vocabulary.

5 – Apps for Children to Learn French

With kids nowadays being born with an iPad in their hands (or so it seems) there are of course many French apps for kids – the link shows a good list, but I don’t know how updated it is. As usual, better check it out for yourself and check the customer rankings before you buy anything.

Another thing to watch out for: if you are buying some sort of word + image game, make sure the French word includes the French article (un/une – le la)… The article shows the gender, and you need to memorize it with the French nouns:

Should there be no gender indication, you’d be missing on half of the info…

6 – Softwares for Kids in French on Amazon

Of course, some tools are developed to teach French to kids. Amazon is a great resource (check out the customer reviews to make up your own mind).

TV can definitely help. Find movies or shows that contain French language tracks and play them for your kid. Actually, if you want to see results, your kid should ONLY watch TV in French. It’s a good thing that they love repetition at this age – see my tips about pitfalls and bad habits :-)

Finding kid DVDs in French is not that easy: the Caillou series has French tracks, so do many of the Disney & Dreamworks movies – not all of them do though.

I know for a fact that the best way to learn French is to do so in context: check out my downloadable French audiobooks. French Today’s bilingual novels are recorded at different speeds and enunciation, and focus on today’s modern glided pronunciation.

They are perfectly suitable for teens – I’ve recently used À Moi Paris L1  to teach a 14 years old American boy and he loved it!

He said the audio gave him reflexes in French: he heard my voice in his head. He also liked the fact that the story featured vocabulary he could actually use, real life like situations.

Finally, he said that unlike his French school book, there was a lot of repetition and everything was explained really clearly. The story difficulty was progressive, so he didn’t feel he had to memorize too much at once.

Voilà, I hope this helps. I invite you to read my articles on: 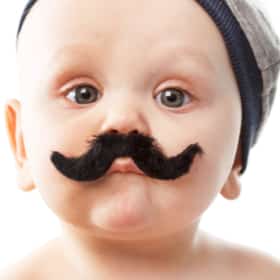