The Many French Accents 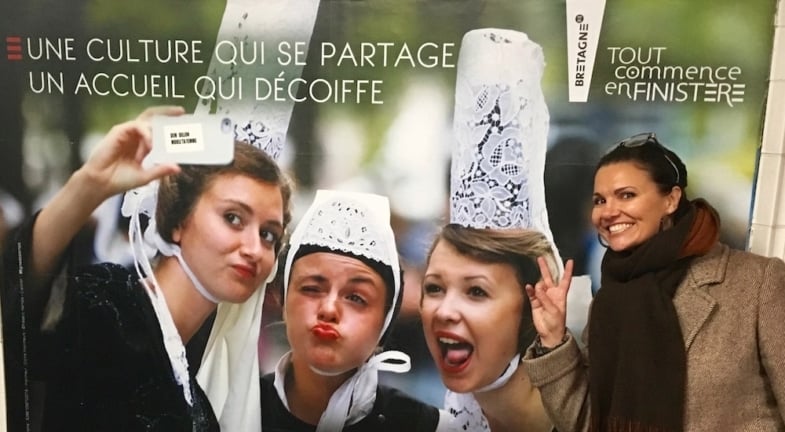 French students are often shocked to discover there are so many different French accents. Here is more on this subject + audio.

Within France, we speak different languages: Basque and Breton might be the most intricate and are still very much spoken nowadays in these regions.

But in the old days, each region had its own dialect: occitan, gallo, gascon, provençal, corsican, aslacian …

All these dialects, sometimes called “patois” in French, have influenced the regional French accent and sometimes even the vocabulary used to this day in these regions.

In some regions, older folks still speak these French dialects… See this picture? It shows the different traditional costumes of France… a good way to show you visually there are many difference among French regions. 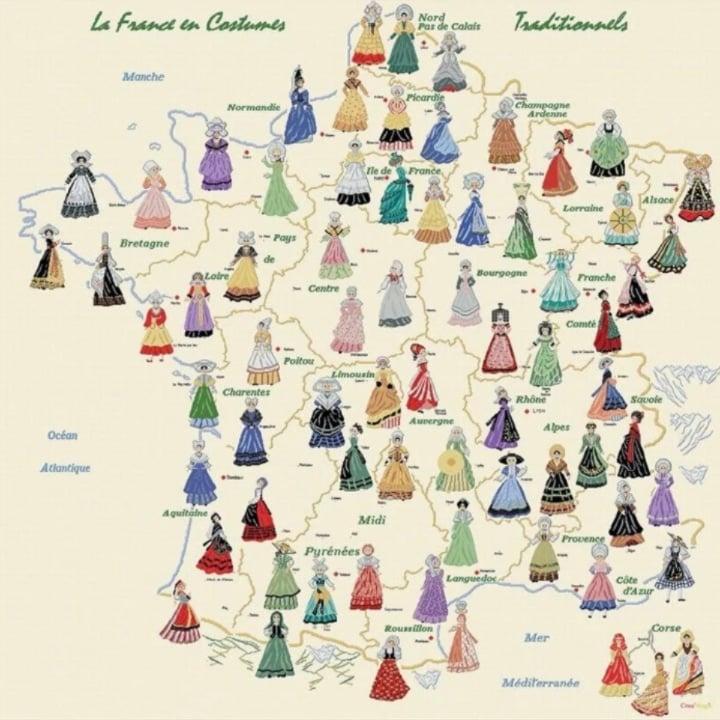 If you want to know more about this, there is an amazing site: they’ve recorded a classic poem from Aesop in the various French dialects: just click on the cities on the map to hear the poem in each different dialect. It’s simply amazing. Here is the link

Paris would feature “international” French. And yes, the difference is such that I wouldn’t be able to understand the poem in most of these dialects.

Below is the poem’s text in “international” French, as read if you click on “Paris”. It’s the French I use in my French Audiobooks, and it’s likely to be the French you are learning as an international student. 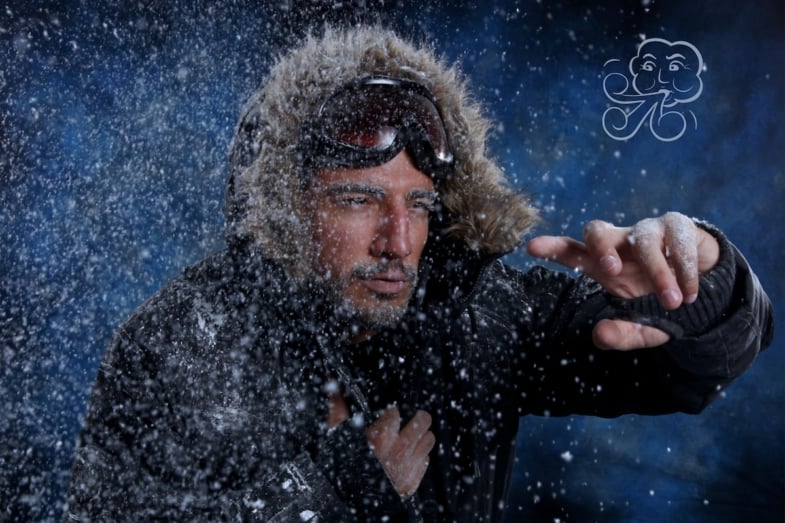 The wind and the sun were arguing, each asserting that he was the strongest when they saw a traveler walking towards them, wrapped in his cloak.

They agreed that whoever would be the first to manage to have the traveler remove his coat would be considered as the strongest.

Then, the wind began to blow with all its strength but the more it blew, the more the traveler clutched his coat around him and in the end, the wind gave up.

Then the sun started to shine and after a while, the traveler, now warm, took off his coat.

Thus, the wind must admit that the sun was the stronger of the two.

Now, the region is not going to be the only factor to affect the “accent” of a person.

Their personal life is very important too: the age, formal education, social class will change the way one speaks. Travels and years spend abroad may also influence the accent of a person, or their parent’s origins.

The context may be a changing factor: someone will enunciate more in a formal environment, and use more slang and “slur” among friends…

Some people hide their regional accent too. But revert to it among family.

I hope now you understand why there is such a wide variety of accents in France. If you think about it, there must be many different regional accents in the country you are from, no? And a French person speaking your language may still show a French accent, right? So it’s the same in France.

And I’m not even talking about the multitude worldwide French accents which I talked about in another article.

3 – Tips To Improve Your French Accent

Do pay attention to the region: what are your reason to learn French ? Where are you going to use your French most ? Do you want to sound like a Parisian, or someone from Québec or Provence ?

Don’t forget that it is OK if you don’t sound exactly like a French person. You are a foreigner after all, and it’s OK if you keep a bit of your own accent. French people are quick to correct foreign speakers, and I think it’s too bad since actually, a foreign accent is often considered sexy in French!

I wrote a whole article with 9 precise steps to improve your French accent, I suggest you check it out for more tips. 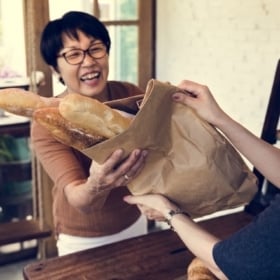 9 Steps to Improve Your French Accent

How To Learn French
Signup for our Newsletter Like what you read? Want to get more? Get a weekly email with new blog posts, exclusive French lessons/tips and more... Unsubscribe at any time in one click.
SIGN UP NOW