How To Learn French Fast ? 6 Questions And Answers

Students starting French often ask me: “how long to learn French ?” “How many hours should I study French per day?” “What’s the fastest way to learn French?”.

These questions are only natural, especially with so many websites now claiming “Learn French in X weeks/months”.

However you really need to be smart about these promises… If it’s too good to be true, then it’s likely to be clickbait!!

So, let’s brainstorm to try to figure out how long it really takes to learn French…. and if “fast” is really the way to go to achieve French fluency.

First, let’s go over the numbers official organizations give us on the time it takes to learn French.

How Many Hours Does It Take To Learn French?

It takes about 500 to 600 hours to become conversant in French.

If you search the web, the answer is unanimous : it takes about 500 to 600 hours of class time to become conversant in French. 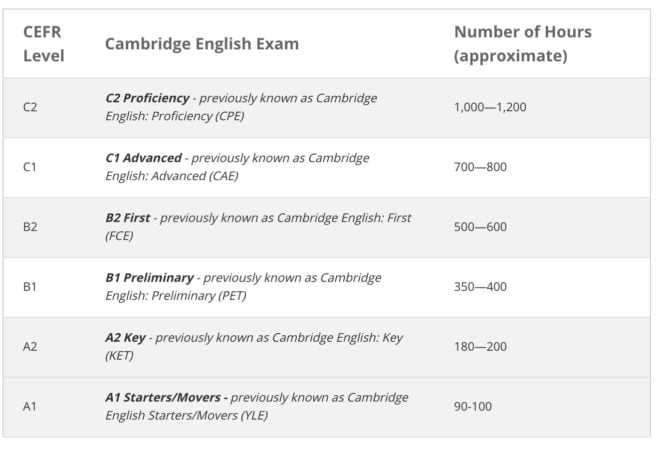 Yet, if you ask me, these numbers don’t mean much. And I’ll tell you why.

What Does Finishing A French Class Really Mean?

These numbers state the average time it took a student to finish a French class level.

But it doesn’t answer these questions:

My Time Studying Spanish In Madrid

I went to live in Spain for four months when I was in my twenties. I studied Spanish with a large & famous school in Madrid. I was top of my class, supposedly achieved a C1 level. Even aced the official test. That didn’t make me fluent in Spanish…

It meant I was really prepared for that school test, I knew Spanish grammar and verbs really well. But speaking in everyday life and understanding what people said was another story!

At this point you may want to take my free French quiz to test your modern French level – warning, it’s audio-based… not your typical test!!

How Long Did You Train To Run 5 Miles?

If you are really wondering how long it takes to learn French, I’d like to make a comparison:

How long would it take you to train to run 5 miles ?

Maybe you’re really sportive and could just hit the track right now. Maybe you’d do it within a couple of weeks, a couple of months… or a couple of years.

However, most of us cannot just watch a technical video of how to run, or read a list of tips on how to become a good runner, and just go ahead and run 5 miles.

It takes practice, and it’s likely to take time and effort.

Furthermore, would running 5 miles make you a “good runner”? Would it make you “proficient” in running??

Maybe a sports coach upon watching you run, testing you, may be able to tell you how long it would take you – personally – to train before you are able to run 5 miles easily.

But you can’t just ask that to a random person, or get your answer from a web search.

Learning French is no different. Do you think all the French students are the same? Well… that’s a question worth asking.

There is simply no average French student.

However, out of the hundreds of students I taught, my experience is that the majority of people will need years to learn French, and often never really be satisfied by the level they reached – and that’s part of the problem!

Now I’d like to share with you my experience teaching a really gifted student – and see what we can learn from him.

Can You Learn French In 3 Months?

I actually had a student who learned French in three months. So… it’s possible. How did this student do it?

What It Takes To Learn French In 3 Months

Here is what my student did:

Watching The Brain Of A Genius At Work

The way his brain worked was just very different than all the other students I had before.

As a teacher, I knew the info I was ‘feeding’ him and I could almost visualize how he sorted it and accessed it. And it was brilliant!

It was like he had large French flashcards in his brain, and had made connections between subjects that were likely to be used together. Like clothes vocabulary and colors for example.

He also did a ton of repetitions. He basically fully memorized the dialogues my French audiobooks, and then had fun reproducing the dialogues but changing things around, like switching it to the past, or affirmative sentences into the negative…

He mostly wanted to learn French to speak French. So we concentrated our studies on reading out-loud and doing conversations. He didn’t care much about spelling in French. “I want to speak French and understand people who speak it. I’m not interested in reading French” he used to say.

At first he was slow. Right though, amazingly so, never forgetting a new word, but taking a bit of time to access it, to build his sentences. Hesitating about pronunciation, especially liaisons.

After two month, his level just took off: everything sort of came together for him: French had become like a code, and he had broken it. It was logical.

And then he absorbed a humongous quantity of vocabulary, expressions, verb conjugations (only the pronunciation, he didn’t care about the spelling). A super-human brain, really!

In my 25+ years of teaching French, I only met one student like this one.

Then there are Chinese students.

Chinese students are exceptional too in my experience.

Their work ethic is simply superior.

You ask them to prepare a chapter, thinking they’ll read it once or twice. But they arrive in class and have pretty much memorized the whole thing.

I once asked one of my Chinese student how long she spent doing her French homework (one lesson per week).

She answered about 30 hours…

How Can “A Regular Student” Learn French Fast?

Back to the regular student. Supposing you are not a genius, nor ready to dedicate 30 hours per week to your French studies… how are you supposed to learn French “fast”?

A good idea to be able to communicate in French faster is to memorize useful sentences by heart. Prioritise what you are going to actually use in everyday conversation.

Many programs claim: “learn 30 new words and sentences a day and you’ll cover most of French vocabulary in no time”.

It may be so. You may have “covered” it. But would you be able to remember all these words after… a week? Let along be able to use them in a conversation, nor deduct by yourself the grammar constructions that rules the sentences.

It certainly won’t work for me! I can’t just keep stuffing my brain with new info and hope to retain it all. It’s not how it works for the majority of us!

We learn through repetition. So practice the same thing over and over until you really get it.

Focus Your Studies On What You Really Need

You shouldn’t study the same way to pass French exams or to prepare for your next trip to France.

So, before spending hours memorising the French subjunctive, ask yourself how high this is in your French priorities… It may be a fun intellectual challenge, but is it essential to communicate in French?

What Does It Really Take To Learn French?

To learn French, you need a plan. A serious study plan.

A structured approach, which starts from the beginning and slowly but surely builds up on a strong and solid basis.

The 4 Pillars Of French Studies

Here are the four main points to consider to learn French successfully.

It’s serious stuff. It takes years of expertise to become a good French teacher, and a vision to become a French method writer.

Why So Many Students Feel They Don’t Progress Fast Enough

With so many different French tools out there promising “fun” and “fast” French studies, it’s easy to waltz from one video to the next, one podcast the next, but lack a logical and progressive approach.

At this stage, I will of course suggest you’d take a look at my audiobooks to learn French if you are not already familiar with them. I’ve poured my 20 years experience of teaching French to adults into this method, which will prepare you for both traditional and modern spoken French.

Asking Yourself The Right Questions

Some questions are just useless.

After spending time testing your level of French and seeing how you learn French, an experienced French teacher may be able to tell you how long it will take you to reach the next level. But more importantly, they will tell you what you need to study, what you should concentrate on, and the best way for you to learn French efficiently.

So, instead of asking “how long will it take to learn French”, I suggest you ask “how can I learn French efficiently“: I have 12 very precise tips to help you.

Let me warn you though there is no loophole – no secret magic pass. Just sound advice on how to direct your French studies.