💔 I Miss you in French

The verb “manquer” is difficult for students because in French it doesn’t follow the same word order as in English. Here is the trick I give my students so they can use To miss in French easily. I am sure it will help you as well.

The verb “to miss” has several meanings in English:

The first idea is not complicated to translate in English since it’s the same word order. It’s the second use of “to miss” which confuses French students.

Let me explain them.

Table of Contents
To Miss the Train in French
Manquer / To Miss in French Made Easy
À Moi Paris Method - Upper Intermediate
Step 1 – Modify your English sentence
Step 2 – Choose the Correct Pronoun
Step 3 – Make the Verb Agreement With the Subject – the First Noun or Pronoun
To Miss in an Infinitive Construction
More Examples of “To Miss” in French
More posts on the topic of missing someone, loving someone:

To Miss the Train in French

If you want to use “miss” in the idea that you didn’t succeed to do something (“I missed the train”), it’s more common to use the verb “rater” in French, but you can use “manquer” as well. For this meaning, the construction is the same as in English:

We also have an impersonal expression which uses the verb “manquer”: “il manque”, meaning “X is missing (from…)”. The “il” doesn’t refer to anyone, it’s like an expression.

This is simple enough. 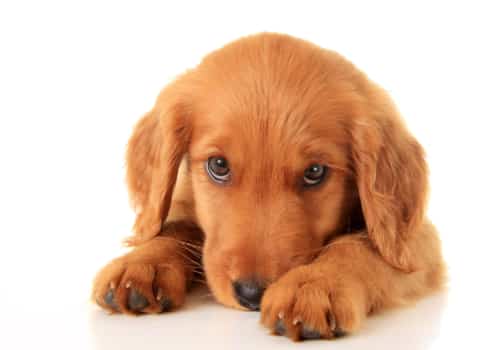 So now let’s see what happens with “manquer” when it means “to miss” emotionally.

The key to using “manquer” in the sense of missing someone emotionally correctly is to start with the correct pronoun.

If you follow these simple 3 steps, you will conquer the verb to miss in French.

Manquer / To Miss in French Made Easy

The first step concerns your English sentence. You need to switch it around IN ENGLISH.

When you want to say “Paul misses me,” turn your sentence around: “I am being missed by Paul”.

Then start your French sentence with that subject pronoun :  “Je manque à Paul”.

Once you do the switch, it will take care of the major problem of translation.

“Schwek” in the comment section below said his French teachers told his students to “to always put the most important person i.e. the person being missed at the beginning”. It’s a nice way to put it.

If you are using pronouns, the first one is going to be a subject pronoun: je, tu, il, elle, on, nous, vous, ils, elles.

The second one is going to be an indirect object pronoun ; me, te, lui (for him and her and it), nous, vous, and leur (both of them being feminine and masculine).
It will never be le, la, l’ or les.

If you are using nouns, translate the “by” with an à (maybe this à will contract with an article – au, aux… watch out).

Make sure “manquer” agrees with the first pronoun or noun, NOT the one just before the verb… So it should be “Je vous manque.” (You miss me)

If your verb is in the negative, the ne goes between the 2 pronouns: “je ne vous manque pas.” (You don’t miss me)

Voilà, using “to miss” in French is not that complicated, but it is counter intuitive for an English speaker. So you need a method that is clear, and that you know you can trust. Hopefully this will do the trick.

To Miss in an Infinitive Construction

If you are using an infinitive construction, the indirect object pronoun goes after the conjugated verb.

More Examples of “To Miss” in French

These sentences were made by one of my students after working with this explanation – thank you Ann for sharing them!

More posts on the topic of missing someone, loving someone:

– How to use the verb “aimer” in French

– How to make an invitation in French

French Vocabulary
Signup for our Newsletter Like what you read? Want to get more? Get a weekly email with new blog posts, exclusive French lessons/tips and more... Unsubscribe at any time in one click.
SIGN UP NOW