Many French students are puzzled when it comes to translating “I’m excited” in French. It’s such a common expression in English! And since the verb “exciter” and the adjective “excité(e)” do exist in French, it seems logical to simply translate.

Unfortunately, in the case of “to be excited” in French, translating word by word may create quite an embarrassing misunderstanding.

A Big Mistake When Translating “I’m Excited” In French

If you meant to say to a friend:

And translated “I’m excited” in French to

This could be understood as:

I’ve heard it used in 2021 in both the Netflix series “Lupin” and “Call My Agent” without a sexual meaning… So maybe it’s changing.

Yet, I’d be careful before using this expression in French as a grown up when the context is not absolutely clear.

For sure, stay away from saying to someone : “il m’excite”… unless you do mean ‘he turns me on’. 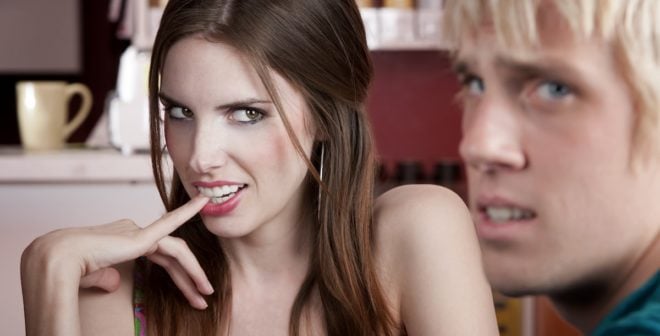 The only time we’d use “I’m excited” in French would be to describe kids being hyper, over-active.

In this case of course, it won’t have any sexual meaning.

Keep in mind that this is NOT a calm excitement linked to joy such as it can be the case in “I’m excited” in English.

13 Ways to Translate “to be Excited” in French

I know this sounds quite “flat” in English… “I’m happy to see you” lacks enthusiasm. Could it be that the French are less emotional than the English speakers? I don’t think so… But the language here sure doesn’t translate the notion of cool excitement of “I’m excited”!

So, use a French adjective to say happy, delighted etc… and add an adverb to make it stronger

How To Translate “Excited” In French

How To Translate “It’s Exciting” In French

If you want to translate “it’s exciting” in French, again, “c’est excitant” is going to sound weird (although, it’s slowly but surely making its way in the  French language under the English influence of “how exciting”).

Here again, use other French adjectives to show your enthusiasm.

The French Verb For “To Excite”

Take the following with a grain of salt – we do use the verb “exciter” and the expressions below: however aren’t they going to confuse you and entice you to use “excited” in French?

You need to understand them, but maybe not use them yourself…

How To Say To Be Over-Excited In French

We do use the same word: être sur-excité(e). It doesn’t have a sexual meaning but it’s quite strong in French and we don’t use it all that much.

“Une puce” is a flea. So… Can you picture yourself jumping around like a flea out of crazy excitement? Then use this expression.

How To Remember To Not Use “To Be Excited” In French

To remember how to translate “to be excited” in French, just bring up the image.

Chose a French expression I offered to link to that picture…Don’t link the word to the English word: since you can’t translate “excited” in French with “excité”, if you link the two words together, it won’t work.

Voilà – now you have many options on how to translate “to be excited” in a none sexual manner French ! Can you think of other ways? Leave a common below!